At the age of 16, I already felt angry, cynical, and old. 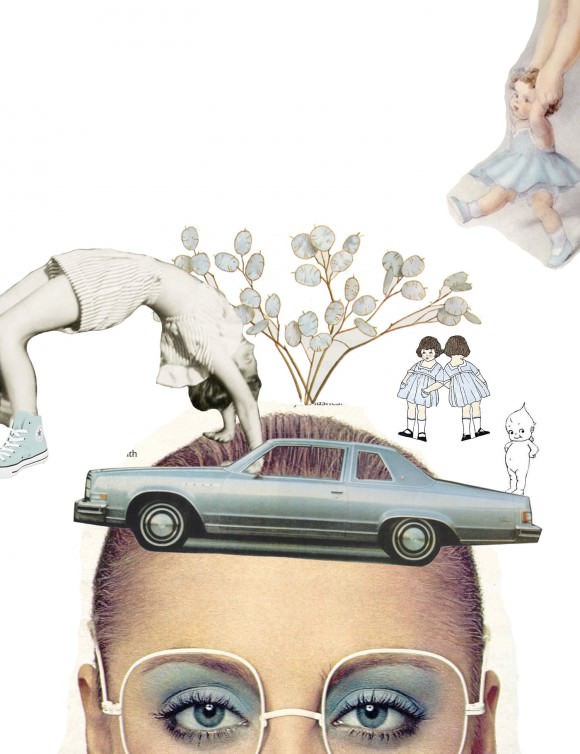 I can’t really pinpoint the exact moment I lost my innocence. Was it the day, the summer after my freshman year of high school, that I first tried pot—or a few weeks later, when I first saw someone do something harder than pot? The first time I got really, really drunk? Was it getting my first boyfriend sophomore year, or losing my virginity later that year to someone else, someone I was totally in love with but who ended up abusing me sexually and emotionally? I don’t really know; all I can say for sure is that by the time I turned 16, I didn’t feel “innocent” anymore. I felt angry, depressed, cynical, and old.

When I was a kid, all I wanted was to be grown-up. My mom kept a baby book where she recorded my growth and development from birth to age seven. On the page for age five, one note reads: “Admires older children a lot.” Then, at age six: “Very independent. Wants to do all things for herself and behave in a grown-up manner.”

In third and fourth grade, my closest friend was a year older than me. She bought all the teen magazines and we devoured all the information about boys (even though I wouldn’t stop secretly thinking they were icky until seventh grade), fashion, and makeup. She had a pair of high-heeled shoes and we practiced walking in them, putting our toes down gently, not stomping like tap shoes. We bought eye shadow at the corner drugstore. I picked out one of those Wet n Wild duos—violet and dark blue—and applied the purple to my lids and the blue from crease to eyebrow. “You cannot leave the house like that,” my mother said. Eventually I learned how to apply it more subtly (a purchase of a more subdued, pink-and-gray eye shadow set helped) and to sneak out of the house with it on—to parties, the first day of sixth grade, and any time I babysat the little sister of our cool 16-year-old neighbor who looked like Winona Ryder, read Vogue magazine, and plastered her walls with Absolut vodka advertisements. (Something I tried copying but got in trouble for, so I put Converse sneaker ads up instead.)

I’m not sure why I was in such a hurry to grow up. I know that I felt very vulnerable as a kid. When I was eight, my family moved from a working-class town to a more affluent suburb, and I didn’t know how to fit in at my new school. I was mercilessly teased for having the wrong clothes, for sucking at sports, for being a nerd. I fantasized about being older and cooler, like Winona Jr. across the street—then I could escape my bullies and my insecurities and everything else. Then I could be the kind of girl who could pull off loud purple and blue eye makeup.

Of course, all of these rebellions were of the “aww, how cute,” perfectly innocent variety. So were the times in eighth grade when my friend Robin* and I stole her parents’ cigarettes and my parents’ wine just to try them, and when we mixed a bunch of spices together and tried to smoke them to see if it would be like pot. (It’s not, but it smells better.)

At the beginning of my freshman year of high school, my best friend, Juliet, who had moved away a year earlier, told me that she’d started smoking (real) weed and having sex. At first this totally freaked me out—we were 14, which seemed way too young to me. Then I spent freshman year feeling lost and adrift in my massive new school, missing Juliet, and worrying that we were beginning to lose touch. We didn’t seem to like as many of the same things anymore, nor share any experiences. So the following summer, when a girl from my algebra class invited me to smoke with her, I said yes. I thought weed might be something that Juliet and I could bond over, something we’d have in common. I also felt like I was lagging behind many of my other friends in terms of relationships with boys and other “grown-up” experiences, and I thought smoking would at least narrow the gap.

Then came the abusive boyfriend, and, in his wake, the drinking and more drugs and a long period of self-harm—techniques that numbed me temporarily but did nothing to make me feel better in the long run (actually, they made me feel worse). But when I think about this time in my life, in all that darkness I see little flecks of joy—moments I wasn’t even aware of creating when they were happening, but that I must have known, on some level, that I needed. And those were the times when I found ways to tap into the kid in me again, to return to a feeling of innocence.

I got my driver’s license the summer before my junior year, and for whatever reason—maybe we all needed it, or maybe we were just bored—my friends and I spent many nights driving from one playground to another in our town. My favorites were the school playground, which had tons of plastic tubes to crawl and slide through, and the one with the swings with super-long chains so you could get so high it seemed like your feet were level with the top of the one-story building that we’d run and hide behind when the cops came through, looking to evict anyone who was there after the park closed. Eventually we developed a rotation of six parks and school playgrounds, to better avoid getting busted. That harmless sort of danger was part of the appeal, but swinging and sliding and firefly chasing and tree-climbing were what I loved most.

This was around the same time that I traded in my wardrobe of flannels, baggy black T-shirts, and ripped jeans for frilly baby-doll dresses, baby tees, brightly colored striped tights, and plastic barrettes shaped like butterflies and bunnies—all the stuff I’d refused to wear after first or second grade because I wanted to look older. A lot of my friends were dressing this way too, especially the ones who identified with the Riot Grrrl movement, taking a cue from women like Courtney Love and Babes in Toyland’s Kat Bjelland, who had apparently taken one from Chrissy Amphlett from the band Divinyls. Riot grrrls always wore their baby-dolls with Mary Janes, messy hair, red lips, and tons of smeared black eyeliner. The look was eventually given a name—kinderwhore—and was subject to much feminist analysis, which argued that it was a statement about how teens and grown women are treated like little girls, or about the way girls are prematurely sexualized, or that women should be able to dress however they want without being slut-shamed. It was also used by lots of women as a way to reclaim the confidence they’d had in childhood—that was the main appeal for me. As a little girl, I’d had a poster of Smurfette on my wall that said “Girls can do anything!” and I’d believed that sunny message wholeheartedly. The ensuing years did a lot to convince me otherwise.

As life started to bang me around in high school, I took to carrying a Hello Kitty lunchbox around as a purse. In some ways, the lunchbox was the perfect Riot Grrrl accessory—especially with the stickers I added that said “Grrrl Power” and “You can’t rape a goddess”—but it was also a source of comfort for me. When I was little, I used to pack up a bag or my doll stroller with all of my favorite things—I needed to know that in case of disaster I had my teddy bear, blankie, and a book. In high school I crammed my favorite zines, notes from friends, and my Walkman into my lunchbox so they’d be on hand as I braved the daily disaster of going to school with my abusive ex. That bright red box and my cheery outfits helped me feel like I could be young and happy in spite of everything he’d done to me. I wasn’t regressing, or retreating into childhood—it’s just that after so many years of trying to speed up the maturation process by acting older than my actual age, I craved the stuff I’d skipped over, like collecting stickers and choreographing roller-skating routines to Madonna songs with my friends.

When I was 17, I decided to graduate from high school early and move to a city two hours away from my family. This was an obvious move toward an adult life, but my first year on my own was in many ways more innocent and playful than my sophomore year of high school. I was in a new city, so I spent long days just exploring it, walking around and seeing things for the first time, the way you see almost everything when you’re young. My roommate and I discovered a teeny lakefront park a block and a half from our apartment, and we’d go there to feed the ducks in the sunshine. Some days we drove out of the city limits and played the left/right game until we ended up on the main street of some small town, where we’d park the car and set off on foot to investigate. At night we didn’t go out looking for places to party—not at first, anyway—but snuck into hotel pools or lakes to go swimming. Or we stayed in and made giant batches of Kool-Aid, which we drank out of my roommate’s vintage plastic Stars Wars cups. We jumped on her bed and listened to old Cyndi Lauper records. Those nights were like a two-person slumber party.

Eventually my roommate and I met people our age and got involved in more-“adult” pursuits. But I look back fondly on that first year we lived together. It’s like we took a year off from growing up just as we were about to hit adulthood—apparently we felt like we had some unfinished business to take care of.

After everything I did—and everything that was done to me—in high school, I had felt sullied, ruined, like “damaged goods.” I felt worn out and world-weary. I thought that my innocence was lost, never to return. I thought I’d never feel young and hopeful again. But each new experience doesn’t erase the ones that came before it, and even if you try, you can’t kill off the yous that you used to be. Experience doesn’t “ruin” you—it just gives you new layers. The old ones are still there, like the rings in a tree trunk. They show your periods of growth, the good years, and the droughts. There’s scar tissue around the really hard periods, the ones you had to get tougher to get through. And the hopeful, playful, kidlike part of you is still there too, ready to be tapped into when you need a dose of energy and pure, openhearted joy. It happens to be the layer that’s closest to the core. It’s always there, and always will be. ♦

* All names have been changed.