When Good Things Happen to Other People

The girls in these movies experience a lot of firsts: periods, intense relationships, sexual awakenings, even royal responsibilities. And while their transformations may have been awkward, scary, and at times uncomfortable, this didn’t stop them from rocking one-of-a-kind outfits. 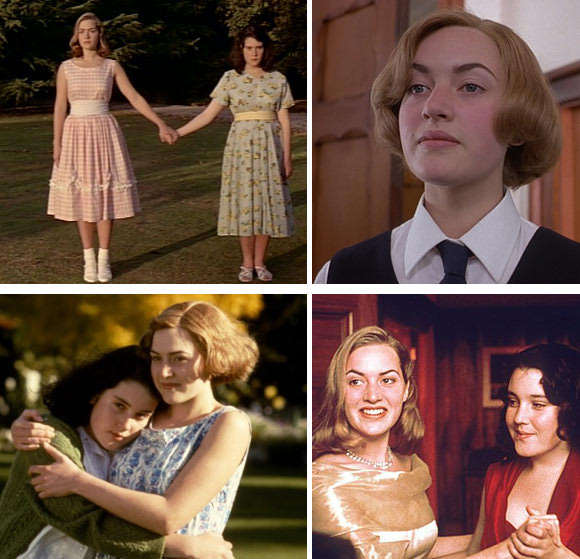 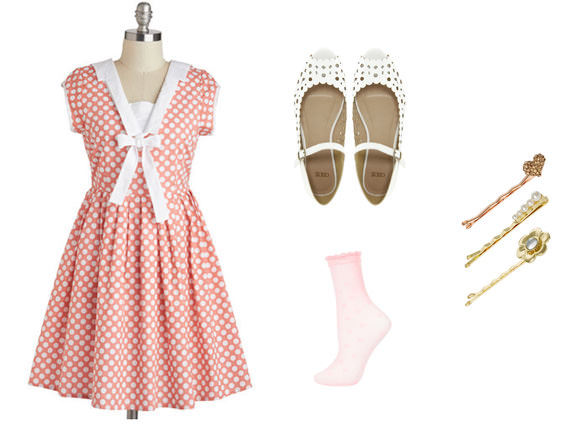 Heavenly Creatures (1994) was based on the real-life story of two best friends, Pauline Parker (played here by Melanie Lynskey) and Juliet Hulme (Kate Winslet), who became so obsessed with each other and the fantasy life they created together that their parents thought it necessary to separate them. So they decided the best thing to do was to kill Pauline’s mother. Damn, yo! The idea of being separated from your BFF totally blows, but isn’t murder a little dramatic-slash-HORRIFYING? The movie is set in New Zealand in the ’50s, and the era’s quintessential wholesome look—printed dresses with fitted waists and full skirts—is in sharp contrast to these schoolgirls’ bloodthirsty hearts. Pair this pastel polka-dotted dress with some sweet flats to get their style. (Ignore their conflict resolution techniques.) 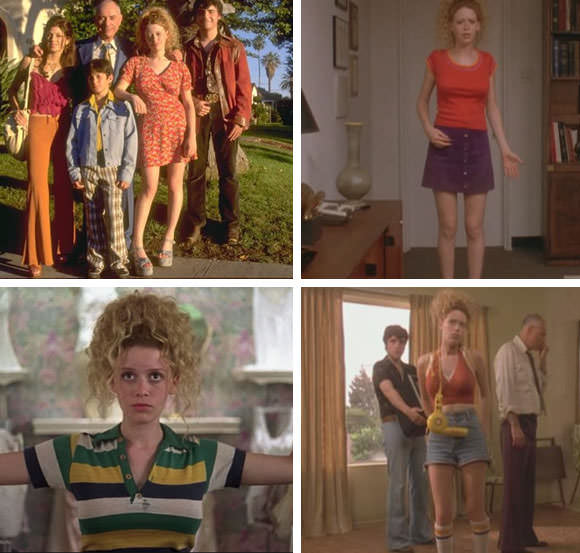 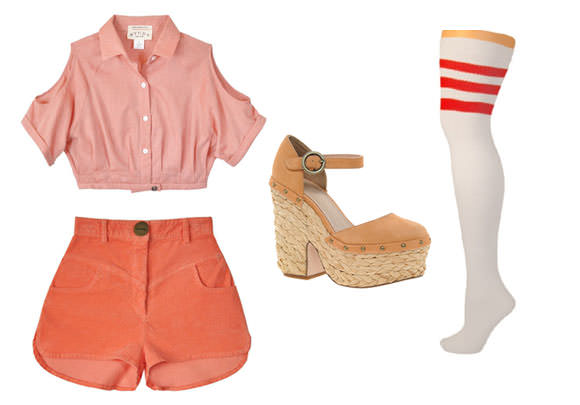 Slums of Beverly Hills (1998) is the coolest movie on this list, though I could be biased, because it takes place in Los Angeles in the ’70s, so it’s almost tailor-made for me. Vivian, played by the awesome Natasha Lyonne, is curious about the glorious new world of puberty and sex. WHEE! She uses a vibrator for the first time, gets her period and stains a chair, and loses her virginity to a guy obsessed with Charles Manson—all while dealing with her crazy family and keeping an eye on her wild cousin (Marisa Tomei). What’s a girl gonna do? She’s gonna take consolation in her wicked wardrobe (actually, this doesn’t happen, but it would have worked for me). I am pretty obsessed with these suede platforms that Vivian would no doubt love. 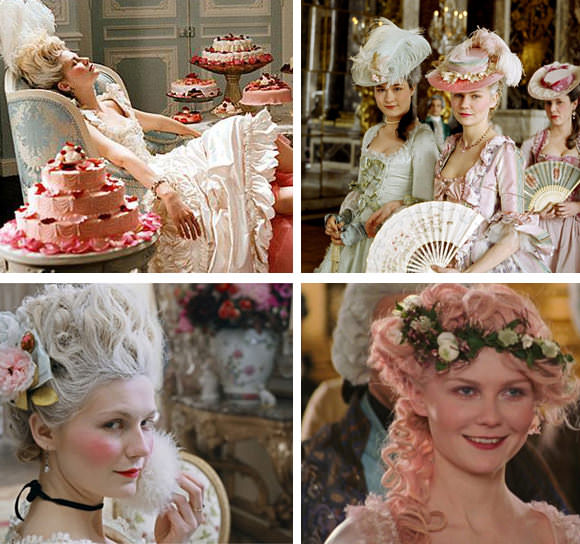 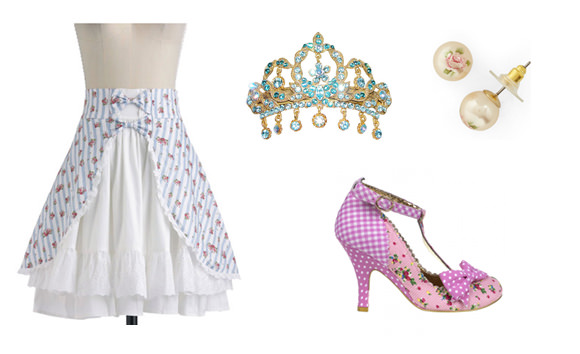 Marie Antoinette (2006) is Sofia Coppola’s beautifully modern twist on the story of the doomed teenage queen of France (played by Kirsten Dunst). It begins with Marie as a young, giggly girl who is stripped of literally everything from her prior Austrian life (including her clothing and her dog, BAW!). It takes a little while for her to adjust to the royal world of Versailles, but soon she beings to revel in the spoils (watch out, gurl!), and we’re treated to montages of Marie enjoying extravagant parties, fancy feasts, and rows and rows of gorgeous shoes—all to the tune of a soundtrack that included New Order, the Strokes, and Bow Wow Wow’s “I Want Candy.” It is a DREAM—that is, until the country’s poor citizens rebel against the royals and Marie eventually meets her untimely and gruesome fate. Semi-related sidebar: I was born on the same day that she was executed, and my name is also Marie. EEEK! Though we may not be able to wear the same exact Academy Award–winning wardrobes that Marie and her entourage had in the film, we can definitely work some similar looks, like this petticoat-style skirt and some colorful shoes. Now let us eat cake! 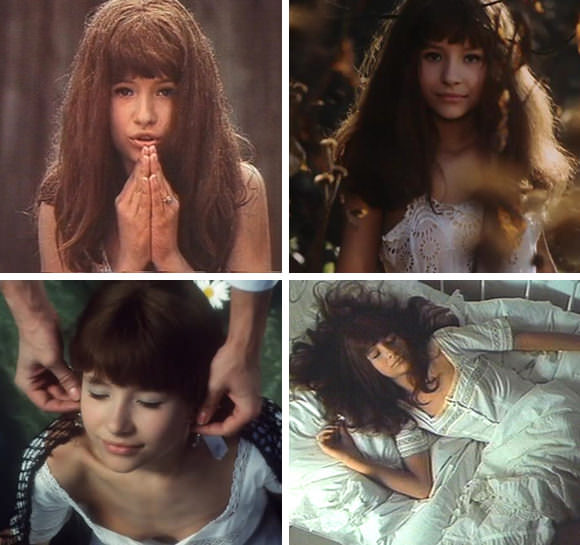 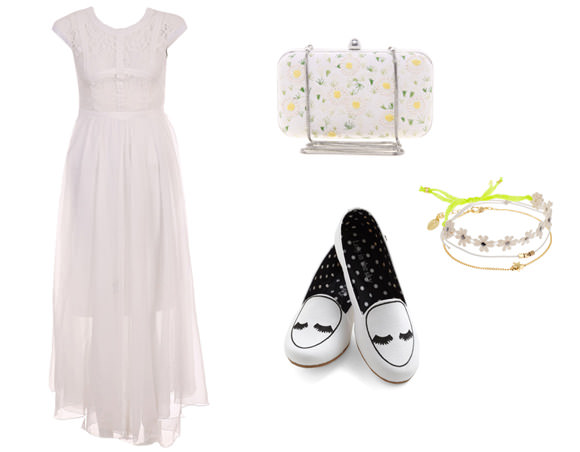 Valerie and Her Week of Wonders (1970) is a surrealist Czech film about a girl whose earrings get stolen on the same night that she gets her period for the first time. If that doesn’t make a whole lot of sense, just wait, because she has to then deal with her vampire grandma, a pervy priest, and a sinister man dressed in a black robe and a weasel mask . Poor Val! Luckily, she makes one friend, a guy named Eagle, who may or may not be her brother (this movie is really weird, OBVS). Valerie mostly wears a virginal white dress throughout the film, but who doesn’t love a white dress for spring? Also, it’s a pretty badass, I-don’t-give-a-fuck move to wear white while you’re on your period. Pick up this one before your next ride on the crimson wave. ♦