My fear of death is why I’ve been in therapy basically since the day I was born.

Down by the Water 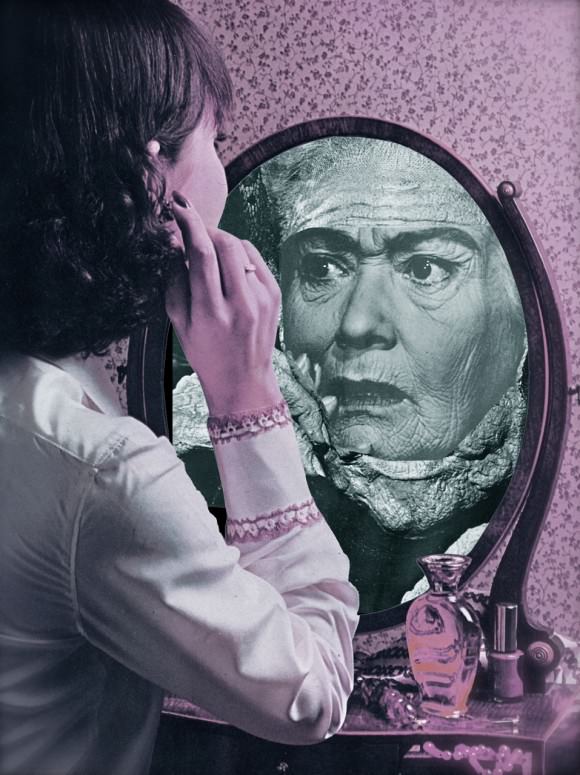 “Sorry we’re late,” my mother says. She hangs up her coat and scoots into the booth where I’ve been waiting, at a local Italian spot approximately halfway between my parents’ house and my new place, where I’d moved to be closer to her and my dad, who follows her in what seems like slow motion: hanging his coat with visible effort, carefully settling into the booth with a pained look on his face. Though he usually has a million things to say—or at least a joke to make—he sits there silently. His skin is grayish-green; he looks terrible.

“I ate something bad, I think,” he says. He mumbles something about chicken and feigns interest in the menu for approximately 20 seconds before announcing that he’d like to go home.

An hour later, we’re in the ER waiting for a Lifestar helicopter to transport my father to a cardiac unit at another hospital, where he’ll receive emergency surgery for the major heart attack he’s been having all afternoon. On the drive down to the hospital, with my father in the air above us, I make a joke about him owing “the chicken” an apology. Nobody laughs.

Roughly six hours after my father showed up at the restaurant complaining of chest pains, a cardiologist who bears an eerily striking resemblance to Roger Sterling approaches my family in the Cardiac Intensive Care Unit’s waiting room and gives us an update: Dad is going to be fine, but he’ll need to return in a few weeks for quadruple bypass surgery. His heart is a bit of a mess.

We’re allowed to visit in threes: my mother, my younger sister, and I go in first. My dad is sipping on ginger ale and smiling, relieved that the surgery worked, explaining how he feels 100% better and already making jokes about his morphine drip and his glamorous hospital wear. My mother and my sister say the right things, because they are socially adept: they wish my father well and laugh with him and try to make things as normal as possible. I’m the one who tells him to stop smoking, something I’ve been telling him since 1988 or so.

“Give him a break,” my sister says, rolling her eyes. “Like he doesn’t know that already. Come on. Not the time.”

But that is how my brain works: I have to tell you this, I have to ask you this, right now. That’s OCD, I guess. If I don’t tell you now, it will be my fault if something goes wrong two seconds from now. When I love you, it is always the time.

“I know I shouldn’t have bothered him about the cigarettes,” I said to my sister as we left the hospital. “I just want there to be another time.”

My father’s prognosis is good: his heart has already healed, and his cardiologists have high hopes for him. He’ll need to be careful about his medications and what he eats (and yes, he stopped smoking), but he was fortunate to have access to good medical care and is doing well. He has recently started walking several miles a day, and everyone is very proud of his progress, though I’d be a liar if I didn’t admit that I’ve spent nearly every day since his heart attack in a low-level panic, trying to shake the feeling of fear that swept in as soon as I saw his ashen face in the restaurant.

I’ve been close to only three people who have passed away. Two died young, and quickly, through accidents. The other, my grandmother, died from complications of cancer, and her condition deteriorated so rapidly that I never had time to really process her illness before it took her away. One day she was fine, then she was sick, and then she was gone. As a result, I can’t talk about death, or aging, or the inevitability of mortality. I write stories about these things instead, because at least then I get to control how things go.

But seeing my father carted away to a helicopter while my mother nervously stood by clutching a hospital bag filled with his everyday clothes pulled me into reality, where bodies have limits, time makes its own rules, and I don’t have control over anything. For years I had carried my parents around in my mind as permanently 45-ish, refusing to acknowledge the fact that they were aging (note to my parents, who are probably reading this: I am not calling you old, relax), and that that meant I was aging too. I had built a snow globe of delusion around my family, believing we’d always be the way we were when I was 15 or so, even though my sisters had gone on to have children of their own, even though my father’s hair had turned from brown to silver, even though there were tiny lines forming around my own eyes. Sitting in the ICU waiting room, I finally realized that you can’t protect anybody by placing them under glass. Glass breaks, shatters like bones, like hearts, like everything.

I am simultaneously skeptical and jealous of people who claim that they do not fear death. They seem to have somehow attained a peaceful state of acceptance that allows them to live in the present moment, while the rest of us try to stop time somewhere in the past, or gaze in terror at the future. (Or maybe the people I envy are actually a lot like me: suspended in a profound state of denial.) If it weren’t true that most of the world is terrified of death, I don’t think we’d be so hung up on growing old—and the beauty-industrial complex, which thrives on promises of “reversing” the aging process, in a nice bit of irony, would wither and die.

Even writing this piece about the very real death scare my father put us all through, I can’t quite bring myself to talk about IT. I couldn’t do it at all in my first draft, and in my second I talked a lot about Sephora and Ghost Hunters. My fear of death is the main reason I’ve been in therapy basically since the day I was born, and I still can’t find the words to deal with it. Lately I’ve been trying to think of death in terms of physics (and by “in terms of physics” I mean “through my very limited understanding of physics”) and finding a sort of solace in the concept of parallel universes and energies that expand and retract. Nobody knows for sure what happens to us when we go, which is sort of lovely, if you think about it, because it allows us to create an ending while we’re still alive to consider it. Death is certain, but what happens after is anyone’s guess. (Unless you believe everything you see on Ghost Hunters, in which case I guess I’ll see you in 100 years when we’re laughing and yelling “GET OUT” at a bunch of dudes while they run through the haunted remnants of a Taco Bell.)

My father keeps a picture of his father on his desk. In the picture, my grandfather is probably 18 or 19, young and handsome and staring at the camera as if the entire endeavor is a waste of his time. He died when I was four, of a heart attack, at 65 years old—a year older than my father is right now. He did not live to see the medicine and the technology that healed my father. He did not live to see a lot of things. But I know so much about him: that he could smoke a cigarette while talking, like marines in black and white movies, that his favorite movie was the original The Day the Earth Stood Still, that his favorite song was “Hot Rod Lincoln,” and that he was a World War II veteran who kept his Purple Heart locked up in a drawer, not one to seem particularly proud of awards for war, for doing what he was asked to do, for surviving a terrible nightmare.

I know these things because my father told them to me. This is how people survive, even when their time runs out. They become stories, and mysterious expressions in photographs, and hand-me-down memories.

Above my father’s desk there’s a picture of him holding my baby niece, which I like to think is a reminder: to keep going, to stay healthy, to make more memories, to recognize that the passage of time isn’t all gloom and doom as much as it’s an ongoing adventure. He’s never actually said any of this to me. I am making major assumptions here.

I do wonder if my father thinks of these things, or what he thought when he was in the hospital, but I know he’ll never tell me, because that’s not how we roll. We will make jokes and we will laugh, and we will be thankful for doctors and modern medicine and second chances and the gift of time. And we’ll do what people in our current state do best, every single day we’ve got: we will wake up, and we will live. ♦