A tragically inevitable rite of passage.

A Mind of My Own 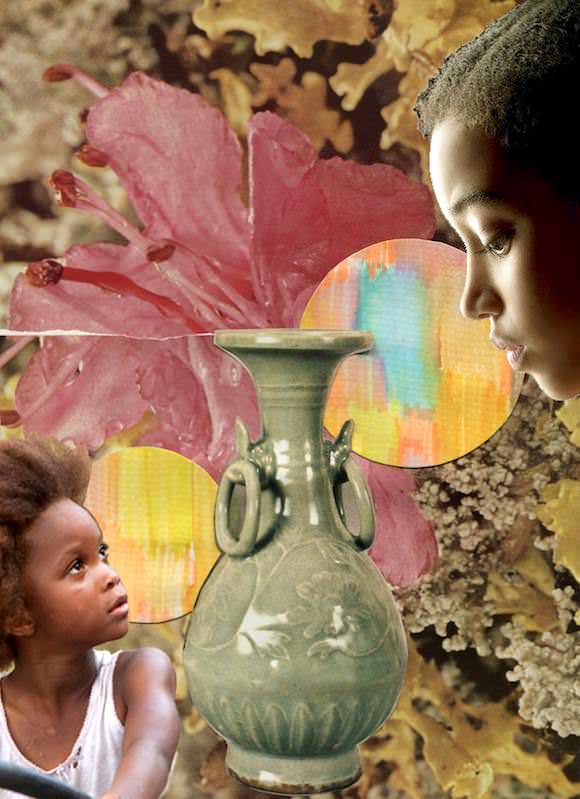 The first time it happened to me, it cut my insides up so bad that my stomach still churns every time I think about it. I was in first grade. My family had just moved, so I was the new kid in school. I was also one of a small handful of African-Americans among a sea of white students, which made me even more conspicuous. But it didn’t bother me much: I made friends, got good grades, and had fun. One day at school I heard a couple of kids talking about an upcoming birthday party for one of our classmates, Mandy.* They said that she had invited the whole class, but it was the first I’d heard about it, so I figured she must have forgotten to put my name on the list because I was new. (I was so naïve that no other possibility occurred to me.) I made a mental note to alert her of this oversight the next time we crossed paths.

I ran into Mandy later that day on the playground, when we were both in line for the tire swing. I still remember the rainbow-colored striped shirt she was wearing, slightly discolored and stained from the sandbox, and her Velcro KangaROOS. I asked if she’d forgotten to tell her mom to send me an invite, and she just stood there and looked at the ground for a long time. Then she narrowed her blue eyes, tossed her dirty-blonde curls, and said, “Mom just doesn’t like blacks. She just doesn’t like them in her home, because she says you guys are bad.”

I had an instant physical reaction to her words—they grasped at my throat, making it hard to breathe and impossible to speak. I felt confused, hurt, humiliated, outraged. Even though I’ve experienced many other painful incidents since then, my heart has memorized the intricacies of that initial ache; many years later, trying to describe to an inquisitive white friend what it feels like when I witness or directly experience prejudice, I found myself going right back to that playground. “I feel hurt, and then angry, and then sad to the point where it is hard to breathe,” I told my friend. “And then a gust of energy rises from my toes, twists my tummy, squeezes my heart with its imaginary fists, and then pushes up through my throat with a burning sensation that surrounds my face.” In those moments I am stricken with a paradox: total paralysis and asphyxiation coupled with a frenetic vigor that could lift me off the floor, propel me like a cannonball into the offending target, and destroy everything in its path with the force of a gale. But most times, I told her, holding in everything I’m feeling is what stings the most.

I was reminded of my encounter with Mandy again this year, in February, on the night of the Academy Awards. I was in California, grinding away at a work event, not watching the broadcast. At some point in the evening I took a second to glance at my Twitter feed, and I saw the tweet that you’ve no doubt heard about by now—the one where The Onion, in an attempt to be funny, called the nine-year-old Best Actress nominee Quvenzhané Wallis “a cunt.”

I reread the tweet to make sure my eyes weren’t playing tricks on me. I blinked with disbelief—they wouldn’t really write that about a child, would they? But sadly, that was just a vestige of that same naïveté that had convinced me that Mandy had simply forgotten my party invitation.

As I felt my innards contort in that familiar and disconcerting way, I realized that I was foolish to have been surprised for even a second. Quvenzhané Wallis, after all, is not Elle Fanning or Chloë Grace Moretz or any other well-known (and white) ingénue. And, contrary to the protests of several internet commenters who argued in the days that followed the incident that Quvenzhané’s race was irrelevant, I believe it matters. Like many others who understand the long history of black women’s bodies being objectified, undervalued, over-sexualized, and exploited, I doubt that a similar joke would be lobbed so cavalierly at a white girl.

Quvenzhané’s experience was infuriating but, to anyone who’d gone through it themselves, immediately recognizable as a tragically inevitable rite of passage: our first encounter with racism. Up until that moment most of us naïvely assume that the world is basically fair. And then someone says something that reveals what other people think of us, and we start to understand what it means to be a black girl in a racist, sexist world.

I received my moment of enlightenment courtesy of Mandy that day on the playground, and its lesson was reinforced countless times in the years that followed. When I was not much older than Quvenzhané is now, men routinely called me a “cunt” and the N-word when I ignored their obscene comments on the street. I once, also as a child, literally fought off a delivery man who tried to accost me in my home and said disgusting things about my “exotic” heritage and “wanton sexuality.”

So it did not surprise me, but it broke my heart, to watch another little girl—and one who happens to be brimming with talent and apparent joy, and who seemed to be reveling in the her status as the youngest-ever best-actress nominee at the ceremony—go through this rite of passage. Jamilah Lemieux put it just right in Ebony magazine: “I wish that Quvenzhané could enjoy her newfound fame without these hard-earned black girl lessons, but they would have caught her on the block, in the classroom, on the internet at some point even if she hadn’t garnered an Oscar nod.”

Now this offensive tweet from a publication with close to five million followers is part of Quvenzhané’s story, and she’ll probably be reminded of it for years to come. This was a coming-of-age moment, a first lesson in the hateful indoctrination most black women are subjected to over and over in our lifetimes. It seems that even in 2013, no one can escape this ugly education.

Not 17-year-old Gabby Douglas, who, following a gymnastics performance that earned her an Olympic gold medal, endured negative reviews of her hair, and who faced backlash after speaking out about racially motivated harassment at her gym in Virginia.

Not Malia Obama, whom commenters on conservative blogs targeted with racial slurs a few years ago, when she was 11, for simply wearing a T-shirt with a peace sign.

Not 14-year-old Amandla Stenberg, who played Rue in The Hunger Games and sparked the ire of racists on Twitter for looking exactly the way her character was described in Suzanne Collins’s book: as someone with dark skin and dark eyes. It was devastating to see tweets from people who said they were less sad about Rue’s death because of her skin tone, and others who decided that they were less “pumped” about the book because she was black. The irony of the situation is that Jennifer Lawrence played Katniss, a character whom the author described as having dark hair, gray eyes, and olive skin. The same people who were angered by what they erroneously considered to be Rue’s inaccurate physical representation weren’t at all bothered that Katniss was being played by a fair-skinned natural blonde.

And, of course, not me. After that moment with Mandy, any time people treated me unfairly I had to wonder if it was because of my actions or the color of my skin. Racism has a way of permeating even the most mundane exchanges: I go shopping and am followed around the whole time by salesclerks who repeatedly inform me of the cost of the clothes in their store. I get accepted into an honor society at school and one of my classmates hypothesizes that I got in via affirmative action, not my academic performance. And on and on. While I’ve always maintained my own sense of inherent worth and dignity, it has been exhausting.

* This girl’s name has been changed.