Baby in a Corner

On being a perpetual kid. 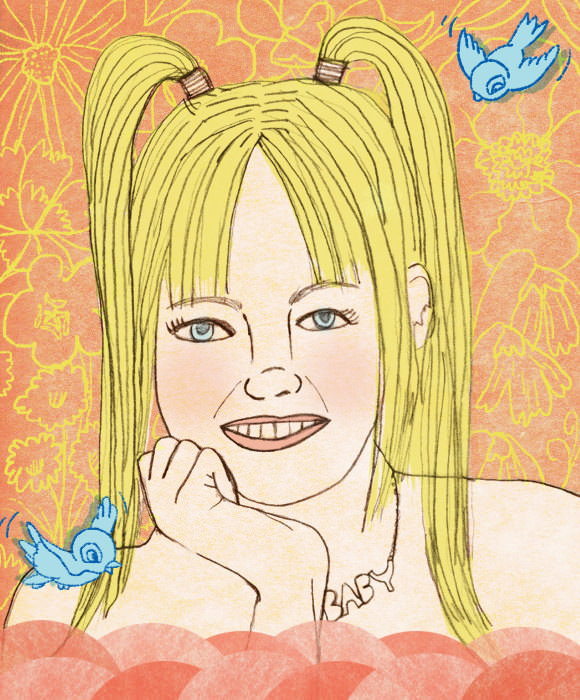 On my very first day of school, when I was five years old, I was given a label that’s stuck with me ever since. In every group I’ve ever been a part of—family, friends, school, work—I am always the Baby. Every group has one: the runt, the naïf, the, shy, innocent one. Like any social label, this one has been limiting and frustrating at times (especially when I need/want to be taken seriously), but to be honest it hasn’t been all bad. Even though I’m a grown-up, responsible legal adult at this point, the Baby is still a big part of who I am.

To enter kindergarten at my school you had to have turned five by August 31 at the latest. My birthday is August 24, so I was the youngest person in my grade. Think about it: when I began kindergarten, I had been alive only 60 months. The difference between me and an October baby, for example, was 10 whole months! That’s 15% more life lived by the other kid, and the maturity discrepancy between us felt bigger than that. I was still so attached to my mom at the time that I spent the entire first day of school crying. Pictures that were taken of me before and after school to commemorate the occasion show the same just-wept red eyes.

My teacher later admitted in a parent-teacher conference that, based on my emotional immaturity, she would have advised them to hold me back a year had it not been obvious to her that I was mentally ready for school—I understood math and was beginning to conquer my first chapter books—and it would have been a shame to keep me from my learning potential. My learning challenges were more about getting over my shyness and sensitivity. My babyness, in other words.

I was the smallest kid in my class until high school—both in terms of physical size and the way I presented myself to the world: I was cripplingly shy. I could barely speak to adults, I mumbled answers to questions in class, and, come to think of it, I was more attached to my baby blanket than I should have been by that time (I was basically Linus). There’s an old home video of a musical performance my kindergarten class presented to the rest of the school. I’m dressed as a pink mouse, in the dopest onesie my nanny hand-made for the occasion. It was not a speaking role, thank god. But when the time came for us to say our names out loud one by one, I could not get those two syllables out. I held the microphone in petrified silence, then hid my friend and shamefully passed it to the next kid in line. (I remained so shy, that three years later my third grade teacher advised my parents to make an appointment at the speech and hearing center to test me for possible impediments.)

There’s a reason I took so quickly to this role, though. My status as the youngest kid in kindergarten only reinforced tendencies that had been established long before. I’m an only child, so before I started school I never had any reason to think about my maturity level relative to anyone else’s. I had no younger sibling to set an example for, and no older one to emulate. There was no toddler in the house begging me to watch Disney movies with them or read to them, nor a big bro or sis mocking me for crying over those movies when I watched them on my own, or for reading bedtime stories with my mom until I was 11. I had no idea if or when I was being “immature” until I was put into context with other kids who were slightly older than me and my timidity and tiny stature became meaningful because of their difference from how everyone else looked and acted. But because of my parents’ early indulgence of my babyishness, I was totally comfortable with being cast as the most juvenile juvenile at school. Playing pretend with my friends at after-school care, I never protested being cast, as I invariably was, as Baby Spice or Bubbles, even if I would have preferred being Ginger or Buttercup. I was too shy to let the Ginger or Buttercup side of me show; babyness was my comfort zone.

Even when I was mocked for my immaturity, it seemed fine to me—like the people doing the mocking were right. This one time during recess in third grade, the new kid—whose socially assigned role had quickly become the Popular Girl—asked my group what we wanted to do during outside time. I picked up a jump rope as a suggestion, which appalled her. “Jump rope is for little kids,” she huffed; she’d rather sit on benches and talk, like older kids do. I hadn’t expected to be called out like that, and it was hurtful enough to have created an apparently lasting impression, but I didn’t argue because I agreed with her: I was scared to grow up and would rather stay young forever. I had my own hand in casting myself as the Baby, a role I’ve never outgrown.

1 2
Next →
growing up immaturity maturity stereotypes