A Mind of My Own

Coming out of my five-year break from the whole entire world. 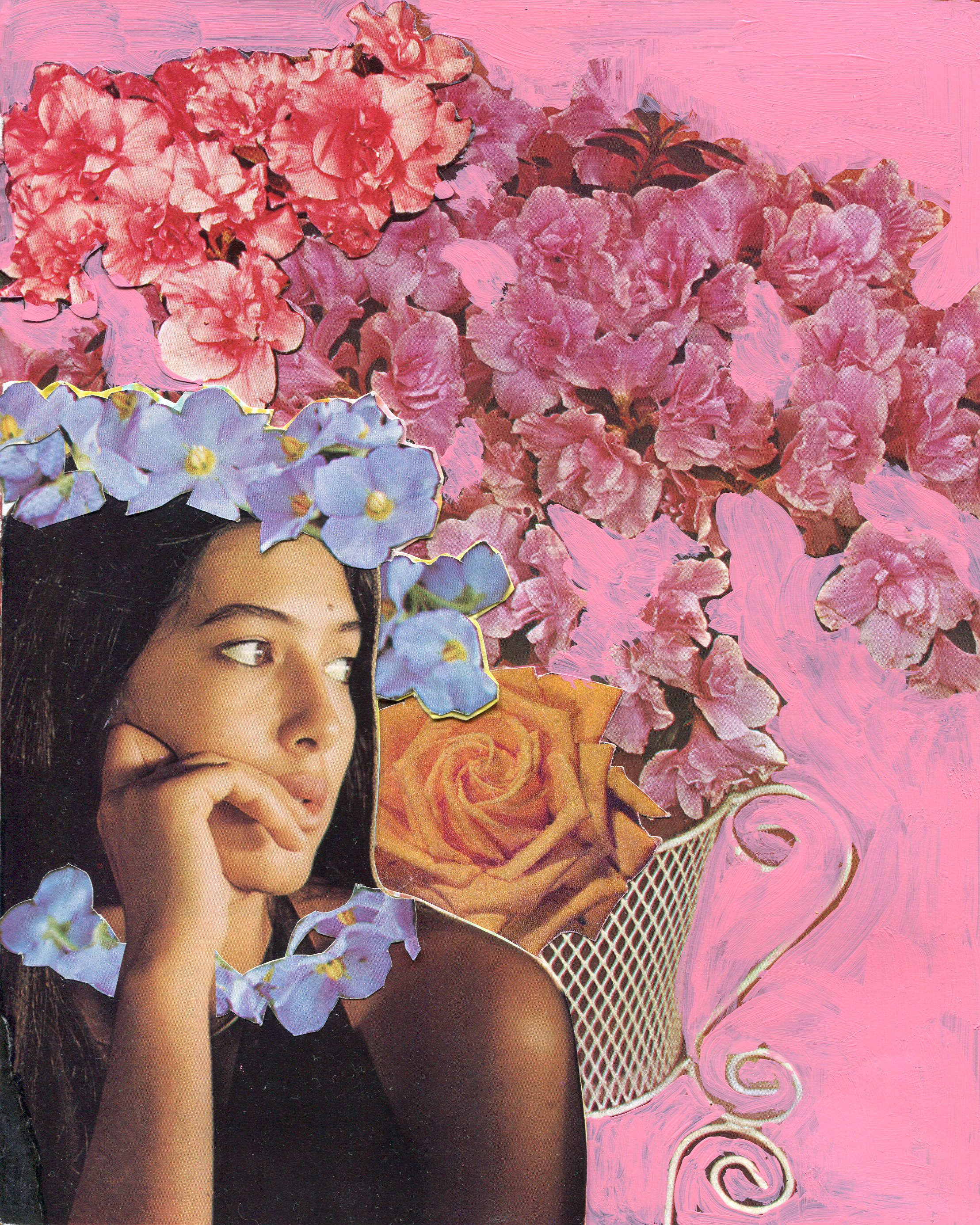 Sometimes I like to pretend that certain things didn’t happen. There are parts of my personal history that drag behind me like a tail I wish I could cut off. Things I would rather hide than explain.

Recently, my mum stumbled over some old school reports, and I noticed how, for the first two years of secondary school, they were completely unblemished, free of anything other than what you would expect of an 11- and 12-year-old girl. I was a student with “lots of potential” and “a bright future.” I was on track to a normal adolescence, ready to hit milestones and embrace my independence, just like everyone around me. Leafing through these reports at the dinner table, I wondered aloud, “Why did everything have to fuck up?” My mum replied, “You got ill, darling.”

During the winter of my 14th year, I was knocked down by a bad case of the flu, and I found it hard to get up again. The worst part of the infection was over by Christmas, but a constant fatigue and anxiety lingered into the new year. At first I didn’t even mind—since I clearly wasn’t well enough to go to school, I was relieved of a whole pile of obligation and responsibility. But as the weeks went by and I didn’t feel any better, I became uneasy. How was I going to return to school and carry on with my education if I was too exhausted to get through a seven-hour day?

By spring I felt strong enough to go back, but sure enough, I couldn’t make it through a whole day. I would sit through a couple of lessons before going home and being exhausted for the remainder of the day. My breath would shorten every morning before leaving the house just in anticipation of school. This wasn’t my first experience with anxiety: when I was eight or nine, I remember feeling a strange disconnection from time to time, mostly whenever I found myself in unfamiliar places or situations. But it wasn’t until after my bout with the flu that I became fully and constantly aware of it. The anxiety had become general and inescapable.

After a few hospital appointments and blood tests to rule out illnesses like diabetes, I was diagnosed with myalgic encephalomyelitis (ME), an acquired neurological disorder whose symptoms include exhaustion and sleeplessness. It’s also often referred to as chronic fatigue syndrome (though there is some debate about whether they are indeed the same illness). Putting a name to it helped me at first—it gave me something to offer the school as proof that I wasn’t slacking off. I was put on a reduced schedule and went to school about three days a week. That summer, I started therapy, which I would continue for the next two years.

Soon, though, my health issues overshadowed everything. By demanding the majority of my time and energy, they slammed the brakes on my entire life. I retreated further and further from the world, until I felt like I had disappeared. And I think part of me wanted that. My previous existence—walking to school, seeing friends on the weekend, acting in the school play—had become too much for me to deal with; it was easier to avoid these activities altogether. Being in and out of school sporadically made it almost impossible to maintain a social life of any kind: I went from mingling with my schoolmates on a regular basis to chatting only briefly in class before being told by teachers to concentrate. I held on to a few important friends, but I wasn’t part of any tight-knit groups. As I ceased to be around as much, the invitations to hang out on Friday or celebrate birthdays grew infrequent, and even when I was asked out, I felt so inadequate compared with everyone else with their functional lives that I couldn’t bring myself to go. I didn’t feel like I belonged. I didn’t feel like I could talk to people, because I had nothing to offer them. I also couldn’t cope with the idea that all my friends were moving forward with their lives without me. I felt like a huge chunk of me was missing while they were still whole. So I got used to being alone.

I hit my lowest point in the summer of 2011, three years after my initial diagnosis. By that time, I had hardly any contact with the outside world. In England, you can leave school when you’re 16, and though that wasn’t my original plan, I ended up doing so for a year. I was forced to change therapists just as we were about to consider prescription medication to help with my moods (which I never ended up taking). I fell into a deep depression that lasted a few months. I couldn’t muster the energy to leave my bed, never mind the house. Even simple things like watching a film would leave me devastatingly tired. I attempted to go for walks, but I could only get so far before my body weighed me down like lead. Everything—getting dressed, eating, bathing—took a superhuman amount of energy. It was all too much for me too handle.

I can’t really express the isolation I felt during this time. The goings-on of my friends—spending warm days in the park or hanging out at people’s houses—seemed extremely far away, as if I were trapped behind a frosty pane of glass. I would catch glimpses of them on Facebook, smiling for the camera, and this average teenage life looked like a fantasy to me; reality was being stuck in a sadness that kept me in bed all day. What made it worse was that even if I had felt capable of reaching out, none of them would ever understand what I was going through. That and everything—everything made it worse.

That was almost two years ago. In retrospect, I think I had to get to that low point to realize what I wanted. It took my being almost sick to death of my limitations to gather the strength I needed to navigate my way back to a place where I could actually live, rather than just exist. In September, after five years of isolation from the rest of the world, I finally returned to school full-time so I can fulfill my dream of going to university next year. Compared with the years I spent at home, doing nothing but wrestling with my own thoughts, the past six months have been pretty intense. I consider every week of school that I get through a massive achievement.

It’s also been weird to re-enter the adolescent existence I had so long avoided. While I was wallowing in illness, isolation, and confusion, most of my peers were going out, making friends, dating, and drinking (the legal age is 18 here)—all of which I had almost no experience with. I had barely been kissed, I had never been drunk, I had never had girlfriends with whom I could get drunk and gossip about kissing. And when I think of this, my first reaction is acute embarrassment—I was, and am, ashamed of my innocence. I didn’t choose it. It isn’t who I truly am or who I want to be. So I adopted the mantra “Fake it till you make it.” When I went out and ordered my first legal alcoholic beverage—a cocktail, I think—I didn’t make a big thing about it. I pretended it was totally normal, and I didn’t let anyone know that I was ticking a first off my list.

Now those firsts are stacking up. I’m having people over my house, I’m going shopping and to the cinema, and I’m meeting boys. I relish all of it, even though I often feel like I should have been doing these things a long time ago. Then again, I remind myself, I have had to mature a great deal in a very short amount of time. I have dealt with things that most teenagers will never have to, and I now know more about the whims of the human mind than my friends, with any luck, ever will.

I still have to sometimes say no to going out because I’m too anxious, and I still have to take a day off school when my mood becomes uncontrollable, but I am recovering from a huge blow. If you had been knocked down by a truck and so many bones were broken, you would be careful not to rush out and test those bones too soon. In some ways, I’m still in plaster. Things that come to others very easily are hard for me. I can be having the most fun in the world at my favorite pub with all my friends and I’ll suddenly feel out of place all over again when they start talking about sex or doing drugs or going out to clubs. It can feel like I am still in a race in which everyone else got a head start. That feeling of inadequacy creeps up on me, and I start to detach again.

I feel a sense of loss over not getting to experience adolescence the way it was meant to be experienced. I feel like I wasted years of my life. But I couldn’t have done anything differently. I had no choice. Sometimes it’s hard to accept this, but deep down I know it’s true. This is the only life I’ve got. And one day it will stop weighing me down; it will carry me where I want to go. ♦