A report from both sides of the male gaze. 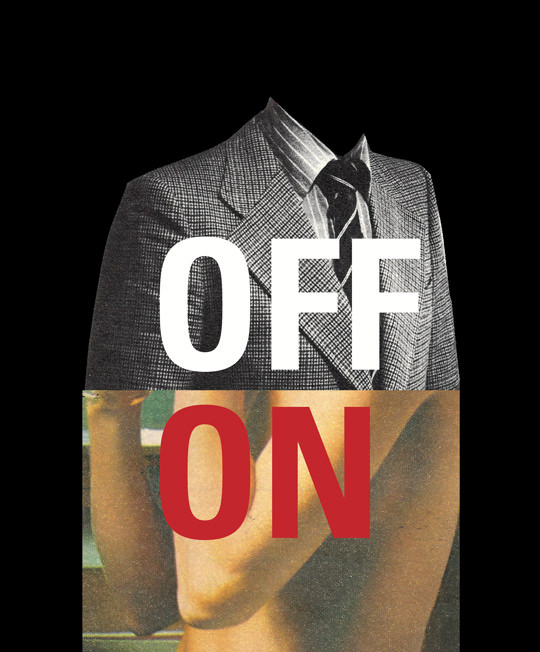 I’m sure you’ve heard the expression “boys will be boys.” People use it when a seven-year-old boy pushes his female classmate off of the playground slide. (That means he has a crush on you!) When a 12-year-old boy snaps the bra strap of the girl next to him at the lunch table. (He’s just joking around!) When a 16-year-old boy walks by, swivels his head, and loudly exclaims, “Damn, I’d tap that ass!” (It’s a compliment! It’s just hormones—he can’t control himself!) As a trans* guy, I don’t buy any of these excuses. I think he can control himself—it’s just easier to blame biology than to unpack years of privilege and learned behavior.

Before I knew I was transgender, I presented as female for 19 years, and I was on the receiving end of all the behaviors I just described. In middle school, some of my guy friends would lay their hands on the seat of my chair so that when I sat down, they could grab my ass. It made me angry, but I didn’t think I was allowed to be. Aren’t I supposed to be flattered by the attention? I wondered. Whenever my girl friends and I got upset or offended by a bra snap or a butt grab, the boys would say it was “no big deal,” and I think a part of us believed them. To tell a teacher would have been social suicide—these guys were part of our group, and we knew better than to get them in trouble. At the same time, I was molding myself to be a girly-girl, someone boys wanted, because I thought that’s what I was supposed to do. Even if I didn’t enjoy that kind of attention, I felt like if I had no worth to boys, I had no worth at all. I gauged what to wear by my male classmates’ reactions. If their jaws dropped at my short-shorts, I was doing something right. If they made fun of a particular shade of lip gloss, I never wore it again.

Sophomore year, I was struggling with depression. I started dressing in hoodies and sweatpants to make myself less visible and more comfortable. Still, there was no escaping the leers of the boys at school. My male friends frequently offered unsolicited opinions on how I could be sexier. “You should wear tighter clothes,” they would say, and I’m not sure I could count the number of times it was casually suggested that I get breast implants. The few of them who wanted to be more than friends sometimes let a hug linger for too long, or worse, tried to kiss me when I’d made it 100% clear that I didn’t feel the same way. Part of me felt like I couldn’t say no, like it was my job as a girl to go along with it, and so sometimes I did. I’d learned—from movies, from classmates, from family members—that testosterone makes boys perpetually horny, that they “need” to act on their impulses, so in my mind, they, like the occasional stranger at the mall who would take advantage of a crowd to grope me before quickly walking away, couldn’t help what they were doing.

I had no idea how much I put up with or brushed off as normal until I started to transition to a male-presenting person when I was 20. Suddenly, I was “one of the guys.” People tend to assume that transitioning is about me becoming something else, but in a lot of ways my experience is more related to how other people treat me—what they assume about me based on physical characteristics. For instance, I’ve always been really small. I’m the person friends lift in the air when they hug me, the one who always gets stuck in the middle seat on car trips, who crawls into tight spaces to retrieve missing items, who wins limbo contests. I’ve never been the go-to person for any type of strength-related task. But early on in my transition, an older woman pulled me aside at the supermarket and asked me to help her carry three cases of water bottles to her cart. Wow, strangers expect things of me as a man, I remember thinking.

People—colleagues, friends of friends—started asking me to do things like grab a beer and watch football, and I, ever the good listener, became privy to attitudes that made me even more furious about all the harassment I had silently endured before my transition. A while ago I was out with some co-workers, one of whom I’ll call Carl. Carl started telling this story about the previous night’s exploits: the girl he was sitting next to stole his beer and took a sip from it (possibly accidentally), so he grabbed her face, turned it towards him, and kissed her. Then he said, “You owed me!” I guess she didn’t react too badly, because it was clear Carl was pretty proud of himself for this slick move. He went on to complain about how all the girls at the current bar looked “like dykes.” I didn’t say anything, because it was a work function and I really wasn’t sure how to respond. Another night, a friend of a friend pulled me aside at a party and started telling me about a recent hookup. He described the girl he was with as a “prude bitch” because she didn’t want to have sex with him. When I told him that the girl didn’t owe him anything, he said, “I thought you were a man,” and walked away.

The way the world saw and treated me changed so rapidly, but the way I saw the world hadn’t changed at all. On one hand, I had this newfound male privilege—I noticed that people tended to respect my personal space more, and nobody suggested I sit on their lap to make room—but on the other, it was assumed that I shouldn’t be scared walking alone at night. Whenever my guy friends got too drunk, they’d stumble across campus by themselves at 2 AM. I was now expected to do the same, even though I’d been raised to think that was dangerous, and still do.

I’ve heard from a lot of trans* guys who worry that starting hormone therapy will turn them into incredibly aggressive and horny people who can’t control their anger or sex drives. I can’t answer for everybody, obviously, but I can say unequivocally that taking hormones didn’t change who I am inside—it just changed my body to better match that person. The first year of hormone replacement therapy, which for me meant weekly or biweekly injections of testosterone, is often equivalent to what adolescent cis males go through over a period of two to five years during puberty. While it’s really exciting to experience the “right” puberty, it’s filled with just as much awkwardness as the first time around, only everyone else grew out of their awkward phase years ago. As a 20-year-old summer camp counselor, I had worse acne than my 14-year-old campers. I was growing out of my shoes overnight, waking up aggressively scratching my stomach due to rapid hair growth, and squeaking whenever I tried to sing a Mariah Carey song.

When I compare my first puberty with my second one, I can say that testosterone definitely amped up my sex drive. I found that I was aroused more easily—by images of hot celebrities or porn or just watching my girlfriend contemplate what to write in a text message. If I randomly thought about something that turned me on, I had trouble willing myself to turn it off and think about something else. But this idea that men cannot help gluing their eyes to your ass as you walk down the street? I’m sorry, but that’s bullshit. The dosage of testosterone I was getting during certain early stages of my transition put my levels on the high end for males of any kind; and yet somehow I didn’t, and don’t, have to leer at people. Yes, I see attractive people on the street and I notice them, but I’m able to control myself. I’m not going to stop or stare, and I’m certainly not going to turn around and make someone feel like they’re playing out a fantasy in my head just by walking. It would make me as uncomfortable to do that as it did to be on the receiving end of those stares. And I don’t at all understand the urge to touch someone without consent; the idea alone makes me want to throw up.

So the next time someone tells you that “boys will be boys,” that guys just absolutely cannot help themselves from staring at, catcalling, or groping people, or, worse, that it’s your fault for wearing those shorts/that dress/something that announces that you have a body and are not made of pure air, don’t believe them. Boys will be whatever we want to be. And we have the power to decide what that is. ♦