If psychic powers are the cost of admission to knowing you, you’ll be awfully lonely. 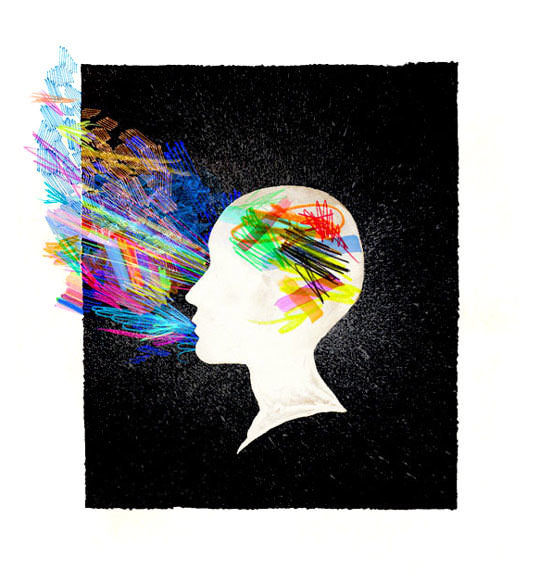 I was having a bad day the other day. It was raining, I kept dropping (and breaking) things, I got a parking ticket—pretty standard bad-day stuff. I called my “main hang,” Kumail, for comfort, and here’s how the conversation went:

Me: Hey honey, how are you?
Him: Oh, pretty good, while waiting for this meeting I talked to this guy for like an hour about cosmetic dentistry. It turns out that it’s hilarious, and also slightly sinister.
Me: OK.
Him: [Something else about cosmetic dentistry]
Me: [Imitating his voice] “And how are you doing today, Emily?”
Him: Yeah, how’s your day going?
Me: Oh, OK. I got a parking ticket.
Him: Oh, that sucks. What do you want to do tonight?
Me: JUST GLOSS OVER MY MISERY, WHY DON’T YOU?!
Him: …What?

Has this, or anything like this, ever happened to you? Do you ever find yourself waiting impatiently for someone in your life to respond to your signals that you need…something? Do you find yourself disappointed when it isn’t offered to you without your asking for it, and more upset than you were to begin with? I don’t just mean in romantic relationships—this kind of thing happens all the time with friends, parents, siblings, and anyone else you feel close to.

I was a practicing mental-health therapist from 2003 to 2010, and in that time, I saw lots and lots of clients of just about every kind, with all manner of mental and emotional problems. But there was one particular pattern of behavior, one that plagued many if not most of my clients as well as myself (please refer to the above example), a pattern I came to see as one of the most maladaptive things you can do to any kind of relationship—something that might reduce your anxiety in the moment, but which over the long (or usually just slightly less short) run makes things much, much worse. And that pattern was: expecting other people to be psychic. This is when you have in mind an outcome that you’d prefer and an idea of how you’d like your loved ones to behave, and then you get upset when those expectations aren’t met—but you’ve skipped the crucial step of informing people of those expectations. It can sound like this:

“He should know that I don’t like onions on my sandwich by now.”

“It’s our anniversary! Where are my flowers?”

“How could he make fun of my parents? Doesn’t he realize I’m really sensitive about that?”

“Is she gonna ask me about the big test that I was worried about? She’d better, or I’m gonna be pissed.”

In each of these situations, the speaker is asking someone to have mind-reading powers. They’re essentially requiring, as a baseline minimum for dealing with them, the ability to magically KNOW what they need without their having to resort to what is really our very best and most efficient means of communication, as a species: words.

I guess in my fantasy version of my phone call with Kumail, he would have figured out how bummed I was just from the sound of my voice, and responded by (a) asking me about my day without prompting, (b) telling me everything would be OK, and (c) suggesting we go get pho Because that’s what I wanted. So why didn’t I ask for it?

Perhaps because it’s still hard for me, even as a grown, feminist woman, to seem “demanding.” Maybe because I am usually so easygoing that I feel somehow defective when I require attention. It certainly isn’t because Kumail wouldn’t have been willing or able to do anything I asked of him—he just didn’t know what I wanted. Because I didn’t tell him. Thus damning myself to an evening with no pho, no comfort, and an even worse feeling in my gut. It was a self-fulfilling prophecy.

Now, I can hear some of you saying, “But doesn’t it take the magic out of things if you have to tell someone how to treat you? Shouldn’t they just know?” And that’s a nice thought, especially for those of us who tend to do a lot of heavy lifting in our relationships (whether it’s necessary or not), but nope—no one can be expected to just know every thought and feeling in your head! And if psychic powers are the cost of admission to knowing you, you’re going to be awfully lonely.

If you, like me, have a hard time seeming “high maintenance,” remember that the person you’re in a relationship with is there because they care about you and want to be around you. Having days when you need more attention than usual is fine. Expecting that someone else will know when those days are is not. Even if you are soulmates/best friends/parent and child, that does not mean that you can anticipate the other person’s every single want and need. And if you take the plunge and actually ask for what you want, how much warmer and fuzzier is it to have someone listen to you and then do what you request, just because it makes you happy? Sure, someone can eventually learn that if you say, “I’ve had a bad day,” they should immediately offer you a hug, but that takes time, and it’s never 100 percent. Communicating with someone is way preferable to presenting them with a test they cannot pass, a mystery that can’t be unraveled, and thus making sure that they constantly fail to meet your expectations.

But Emily, WHYYYYY would anyone make sure that they were constantly disappointed by other people? I know, it sounds crazy! But the real truth is that a lot of us force our partners or friends to let us down over and over so that we can blame them for the lack of perfect harmony in our relationship, because we’re scared to admit the truth, which is that right now…we’d rather be alone. Expecting psychic behavior can function as an impenetrable suit of armor that protects you from the nitty-gritty of relationships. Maybe you’re not really ready to be that close to someone else. Maybe you’re still feeling hurt over your last relationship/BFF-ship. Maybe a lot of shitty things happened to you when you were a kid that make it really hard for you, now, to trust anyone, so you find sneaky ways to push everyone away. These are all totally reasonable ways to feel (though I do think you gotta work on that trust thing—I’m not saying everyone needs some kind of emotional intimacy with other human beings in their lives, but I am saying that I have never heard of someone who didn’t, and I was a practicing therapist for seven years). But it’s not fair to punish other people for their lack of X-Men-level powers.