This Must Be the Place

How I came to call suburbia home. 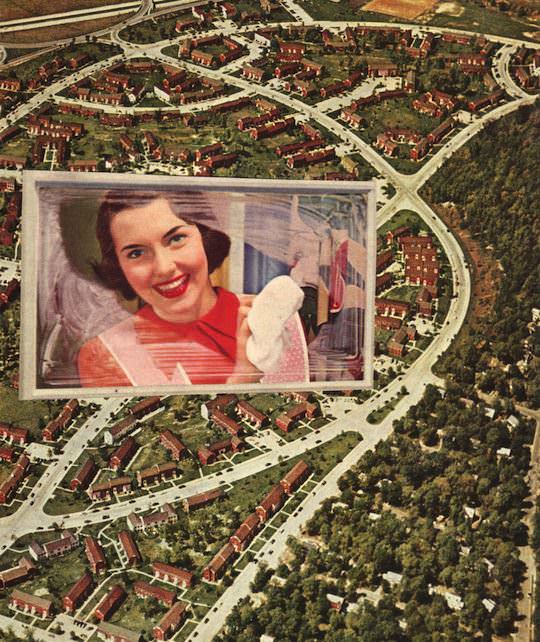 My family moved from St. Louis, Missouri, to Oak Park, Illinois, the summer after I finished second grade. I missed St. Louis immediately. There we’d lived near a park and a botanical garden and just a short drive away from Busch Stadium and my favorite spot on earth, the Soulard Farmers Market. Meanwhile, Oak Park’s claim to fame was Ernest Hemingway. His childhood home is a landmark and there’s a museum dedicated to him, which is ironic because he hated the place, describing it as a town of “wide lawns and narrow minds.” I never liked Hemingway—I find his writing dry, not to mention misogynistic—but we agreed on this point.

Oak Park liked to think it was cosmopolitan compared with the subdivisions and strip malls of neighboring towns, but while I could stand on the bridge over the Eisenhower Expressway and see Chicago’s Willis Tower in the distance, the the heart of the city was miles from my house. Appearances in my new suburb were a much bigger deal than they had been in St. Louis, even in third grade. During my first week at school, the most popular girl in our class walked up to me on the playground, grabbed the zipper on my coat, wrinkled her nose, and said, “This is not a YKK zipper.” People in Oak Park wore the right zippers; their houses were bigger, their lawns greener. In St. Louis, my best friend had been the son of a truck driver who sometimes parked his rig right on our street. This is something that my neighbors in Oak Park would have tolerated with a big fake smile followed by a panicked phone call to the village hall.

By my sophomore year of high school, I’d found friends who seemed to share my biggest complaints with the town. The first and most troubling to us was the way real problems seemed to be eagerly glossed over in the interest of preserving Oak Park’s safe suburban image. In our predominantly white community and school, any trouble was blamed on the poorer, mostly African American neighborhood on the other side of the Oak Park–Chicago border. Parents and teachers wrung their hands about graffiti and gangs and heroin, but no one seemed to worry about the people who lived in Austin, just whether their kids would be in danger when they went over there to buy drugs. (As always, the availability of the drugs was the problem, not the possible reasons that my friends and I had for using them.) And so we dealt with our lives like many teenagers do: privately. For me, this also meant self-destructing and dropping acid at the “Punk Rock Denny’s.”

Which brings me to my number-two complaint: there was nothing to do. We spent our days smoking cigarettes and talking in the parks near our high school and our nights smoking cigarettes and talking in diners. There was the Punk Rock Denny’s (so named because most of the staff had tattoos, wore chain wallets, and played Dead Kennedys and Misfits when they could get away with it); Melrose Park Denny’s (in the nearby town of Melrose Park, where we went after all the punks at Punk Rock Denny’s quit); Bakers Square (where we went after wrongly being accused of ditching out on a bill at Melrose Park Denny’s); the other Bakers Square (where we went after the first Bakers Square got torn down to build an Old Navy); Jedi’s Garden (where we went when we realized that the second Bakers Square had no cool vibes at all); and Ambrosia Café (where my best friend and I went when we wanted to get away from everyone at Jedi’s Garden).

Junior year, I finally got a taste of what the world beyond Denny’s and diners was like. I’d started chatting about Riot Grrrl with some girls on AOL (yeah, this is quite a number of years back), and a few of them were older and lived in Chicago near the Fireside Bowl, a bowling alley/punk club where my friends and I had started going to see shows. I slept over their houses a couple of times and loved helping them cook exotic-smelling vegan chickpea dishes while we talked about workshops on classism or the time they walked along the wall in the tunnel between subway stations just for the hell of it. I wanted that to be my life every day. I wanted somewhere that was mine (and within walking distance of punk clubs and 24-hour burrito restaurants).

I graduated from high school a semester early and moved to Madison, Wisconsin, with a friend of mine. We rented an apartment downtown, near a record store, a thrift shop, an art-house movie theater, and the Nepalese restaurant whose dal soup had sealed our decision to move there. I’d never had dal soup before and it was a far cry from Moons Over My Hammy. We found a great Chinese restaurant where they didn’t card us for Mai Tais and a regular goth/industrial dance night called DMF (Dance Mother Fucker) where we weren’t asked for IDs. I had left behind in quiet suburbia a pregnant friend and a couple more who’d just been arrested for stealing ketamine from a vetinary office, and I couldn’t have been happier. I met Simon at DMF. He was 23 and when I was on his arm, I could get into any bar or club in the city. I spent the next three years in a blur, soaking in the nightlife and having a blast, until I eventually realized that my life had spun completely out of control. Drinking and dancing had become too routine, things with Simon deteriorated, and I hated my job, but couldn’t find a better one without a college degree.

So just like that I was back in Oak Park. I moved into my mom’s house, and I swore it was only going to be temporary. I knew I was lucky to have somewhere to go to put the pieces of my life back together, but I felt like a failure. One day, my best friend, Acacia,* and I went to Jedi’s Garden, and our old acquaintance Ray plopped down in the booth beside us. He told some rambling story about how the bread the Pilgrims ate when they landed in America had mold on it so “they were constantly trippin’ balls.” Then he pretty much brought up everything I wanted to forget about high school, including my abusive ex-boyfriend, and told us how he remembered us: “Acacia will always be the angry one and Steph will always be the sad one.”

“I don’t want to be the sad one,” I told Acacia after Ray finally left to join some other group of people I vaguely recognized and who seemed more amused by the questionably high Pilgrims. I didn’t want to be stuck in some town where I was the girl who dated an asshole. Ray and the people at his new table represented everything I was afraid of becoming. Most of them worked crappy jobs and appeared to have embraced their boredom. They weren’t bothered by suburbia anymore. It was just home now. Meanwhile, I’d worked my butt off to graduate early and avoid exactly this fate.

Then it became home to me, too. Or, well, not exactly. I discovered a neighboring town called Forest Park. I’d never paid much attention to it when we used to go to the now-defunct Ambrosia Café, but Acacia lived around the corner from a quirky bar (where I now work), and the place slowly grew on me. All of the things Oak Park tried so hard to be—diverse, welcoming, different—Forest Park just was. It reminded me of my neighborhood in St. Louis, where the lawns weren’t manicured and the cars weren’t ridiculously expensive. It had character: the candy factory that produces Lemonheads is based there, and the dead reportedly outnumber the living 30-to-one because of all the cemeteries (including the one where Emma Goldman is buried, so take that, Ernest). That macabre little detail filled my zombie-movie-loving heart with delight and made the town feel Lynchian.

After more than two years living at home, I’d saved enough to buy a place and I was choosing between schools in Chicago or Los Angeles. As a Weetzie Bat fan, I was tempted by the glamour of Los Angeles, but Weetzie meant sunglasses and palm trees; I loved candy and cemeteries. Big cities seem to belong to everyone. They pulse and thrum in such a way that it’s hard to hear your own heartbeat. After my partying days, I felt I needed to hear mine. Plus, I missed my mom and Acacia, and I liked the idea of staying close to them. So I bought a townhouse located somewhere between two of the graveyards. After so many years trying to escape suburbia, I chose it. I embraced it.

Here, I’m not the “sad one.” The couple who own the local record shop know my tastes and recommend music to me. When the editor of the local paper found out I was a writer, he not only sent someone to interview me, but he asked me to become a regular columnist. When my cat died last year, I was allowed to eulogize him, and people on the street actually stopped me to offer their condolences. I feel seen here in a way that I didn’t in Oak Park or Madison, and it’s given me the opportunity to live and write and develop my own identity without the distractions of constant entertainment or the confinement of snobbery.

I’m going to be leaving Forest Park this summer after almost 10 years to move to Seattle. This time I’m not doing it to flee suburbia—I’m just sick of Midwestern winters. But I’ll miss it. It was the first place I could really call home; it taught me what that means. ♦

* All names besides Simon’s have been changed.