If you’d told me before that fall that I was going to become inseparable from a girl I wasn’t hooking up with, I would have said you were crazy. 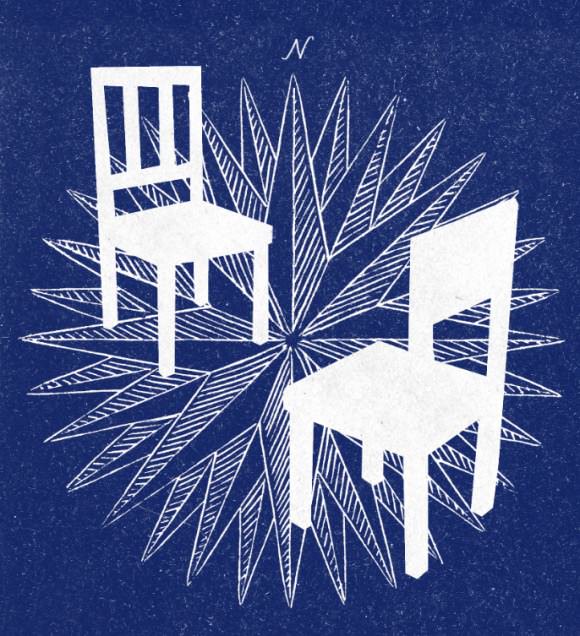 The Seinfeld sweatshirt was my downfall.

I’d only seen the show a couple times, on sick days when Mom let me watch more than 30 minutes of television. Maddie was obsessed with Seinfeld and quoted from it nonstop. She’d say a couple of words, like “big salad” or “non-confrontational furniture,” and then she’d give me a look that conveyed what an idiot I was for not catching her drift.

I ended up on an eBay page for a vintage black hoodie with a picture of Elaine Benes, Maddie’s favorite character. I ponied up the “Buy It Now” price and waited for the seller, a guy from Redondo Beach, California, to get off his butt and over to the post office. Two weeks later, I brought the sweatshirt to school and parked myself in front of Maddie’s locker after third period. I couldn’t wait until lunch. When she saw what I was holding, she laughed and hugged me.

After that, though, she went from being my friend to being friendly—small difference, unless you’re the one who’s made to wait hours before his texts are returned, and starts spending all of his time worrying about whether things are ever going to be the same again. When my mom’s friend Valerie was going through a divorce, I’d overheard her saying that if you take a failed relationship’s duration and divide it by two, that’s how long it takes anyone to truly move on. If that was true, I had good reason to be worried. I’d only met Maddie a few months ago. She was about to slip away.

Uncle Nick told me I needed to get a grip. Give her space but be persistent, was what he said. He used to do a lot of meditating, and was always coming up with advice that seemed to eat its own tail, but I got his drift. I couldn’t completely give up.

So I didn’t. I texted Maddie a couple times, asking if she wanted to meet at Café Ricard. She’d say she was exhausted, or too busy with dance rehearsals. Nine days after the sweatshirt incident, she caved. She texted back: “Will u meet me at Dr. R’s tomorrow?”

She didn’t need to tell me where or when. I’d walked Maddie to her 4:30 Wednesday therapy appointment on enough occasions. Dr. R worked out of the bottom floor of his townhouse on Lincoln Place, four blocks from school.

I was the only person I knew who hadn’t seen a shrink, something that had always been a point of pride. On my way over, I wondered if I could still make that claim. I told myself this time wouldn’t count.

Maddie was allotted 45 minutes, and no matter how much of her appointment she missed, her parents were charged the entire fee. Her parents could afford it, but I objected to the principle of paying for nothing. I showed up exactly on time.

A woman wearing an apron and lugging a garbage bag came out of the building next door while I was waiting to be buzzed in. She glanced in my direction and gave me a tight smile before looking away. That must have been what she did with all the therapy children. The tension building in my jaw was starting to freak me out.

The waiting room was filled with wooden building blocks and old issues of Cricket and Teen Vogue, which I guessed meant Dr. R only saw kids. Before I could figure out if I was supposed to take a seat, a door opened and a man waved me in.

Dr. R looked like he should be a science professor or something, not the official keeper of Maddie’s secrets. He was bald and wearing wide-wale brown cords, the kind Uncle Nick told me he’d be never be caught dead in. Much as I wanted to, I didn’t let my eyes fish around the office for clues. I just said hello to Dr. R like it was no big deal that I was there and I hadn’t spent the past three months wondering what kind of person Maddie spilled her guts to.

“James, it’s very nice to meet you,” he said. He had a clean face and a voice that wasn’t entirely manly. I could see how he’d be good at getting other people to feel safe.

Mom and Dad used to go to therapy, during the time when everything was coming undone. They patched things back together, but it was pretty bad for a while there. When their fights got out of hand, their eyes would bug and they’d say, “I’m going to tell Bernie you said that.” It got to the point where it became a household joke, and if someone took too long in the shower or tried to change the music I was listening to, I’d threaten to bring it to Bernie.

Dr. R’s office was set slightly below ground level. A shelving unit was stuffed with dolls that his younger patients must have been encouraged to use to act their problems out. The couch was covered with a multicolored crochet blanket that was probably supposed to brighten up the place. I took a seat, unzipped my backpack, and pulled out the book I’d packed in preparation. I’d already figured I’d be the first one there, and reading a book in front of Dr. R seemed more charming than playing around on my phone, which is what I’d normally do.

Dr. R remained quiet. It was a loud kind of quiet. I could tell he was sizing me up and trying to figure stuff out. How smart I was, if my parents were nice to me. Everything here was a test.

I repositioned the book so he could see the cover. It was a Keith Richards autobiography that I’d been given for Christmas last year. I hadn’t finished it yet. My little brother, Topher, can zoom through anything in one sitting. His favorite books are from series with an insane number of installments. He likes to take them all down from the shelf and line them back up in order.

Dr. R was the last in a long line of Maddie’s shrinks. Maddie said that he wasn’t the best therapist she’d been to. For one thing, he was gullible, and he wanted to bring everything back to her parents, even though her relationship with them wasn’t very interesting, or the reason she was there in the first place. Maddie used to go to boarding school in Vermont. She and her friends were caught drinking a couple of times—well, once they were found in the woods acting very drunk, and the other time they were sober but Maddie was holding onto a flask that was filled with Southern Comfort. At the end of 10th grade she was asked not to come back—boarding-school speak for getting kicked out. The other girls were allowed to stay.