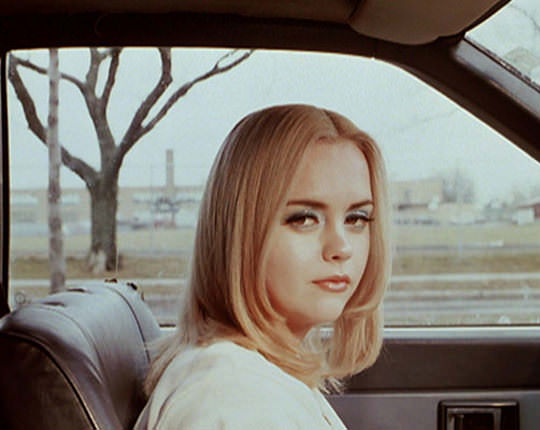 Buffalo ’66 (1998) is a strange and complicated film. It stars Vincent Gallo, who also directed it, as Billy Brown, an angry oddball of a man recently released from da clink, where he served time for a crime he didn’t commit. He decides to go see his parents, football enthusiasts who think he works for the government and has been out of the country for five years. During a phone call to them, he embellishes this lie by inventing a wife named Wendy, saying he’ll bring her along for the visit. Just then, he notices young Layla (Christina Ricci) exiting a tap-dancing class. He kidnaps her and forces her to pose as Wendy, yet she ends up being the only person to show any concern for or interest in him for the rest of the movie! 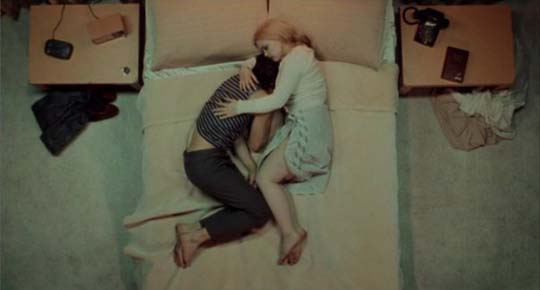 Now I adore ’90s-era Christina (hello, Wednesday Addams and Val from 200 Cigarettes), but to this day I’m surprised Layla goes along with this plan, because I think of Christina’s characters as tough chicas. Yeah, girl, he’s cute and all, but PLEASE! Give him a karate kick to the head with that tap shoe or something! It was hard for me to find some sort of simpatico with her character, because we never found out the reasoning behind her actions—or, more to the point, non-actions. Perhaps Christina agreed—she and Vincent reportedly did not get along on set—but sometimes I wish we could see an alternate version of the movie from Layla’s perspective, so we can better understand just why she was so agreeable. Since that will never happen, I shall focus my rolling eyes onto her pretty ensemble.

In my favorite scene, Layla performs an impromptu solo routine to King Crimson’s “Moonchild” in a bowling alley. It’s cute and very surreal. Here you get a good view of her outfit: a sexy pastel-blue dress, white cardigan, light-blue tights, and sparkly tap shoes. When reviewing the film back in 1998, famous film critic Roger Ebert described Layla as “dressed like a Barbie dressed like a hooker.” First of all, NO, Rog. Second, I think she looks more like an ice princess from heaven. This is the kind of ensemble I wore when I attempted to ice-skate for the first time in Pershing Square one winter. I just wanted to look like a li’l angel, but held on to the rail until I fell on my bum and sat out for the rest of the time while my Olympics-ready friend glided by with one leg in the air. HATED HER! Anyway, Layla wears only this ONE outfit for the entire film, so it had to be memorable, and I like to think she’s channeling some Courtney Love-circa-Live Through This vibez, which made me picture her back at home, rocking out to Hole and Babes in Toyland. 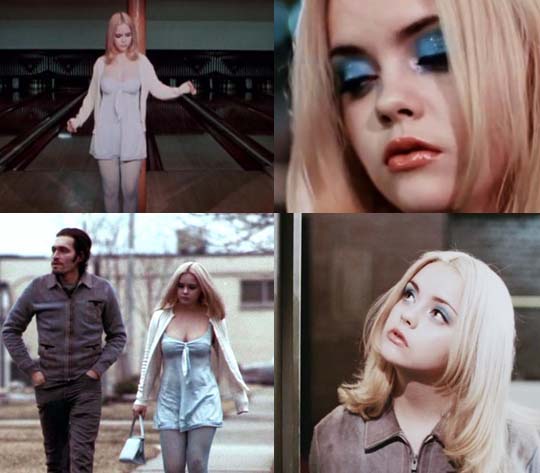 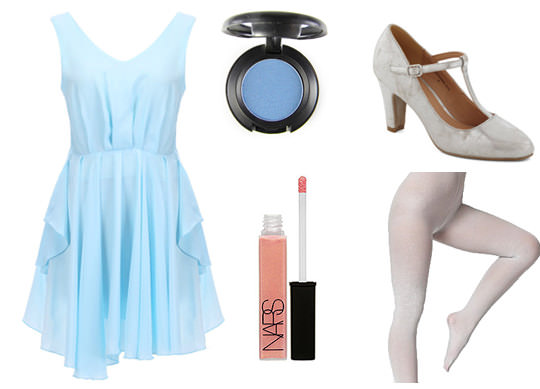 To get her look, pair a babydoll dress or something soft and romantic with these sparkly nylons, and then focus on the makeup. Layla balanced her heavy blue eye shadow with a more-neutral lip gloss. I really like M.A.C.’s Moon’s Reflection for a base, to which you can add some lightweight silver or white glitter for effect (Make Up For Ever has a great selection). For the lips, a light-pink gloss, like Nars’s Sweet Dreams, adds a nice, subtle shine. But all you really need to cop her steez is some combination of powder blue and silver, so if you prefer something a litte more sophisticated, try this white button-up with a daintily-detailed skirt and ballet flats: 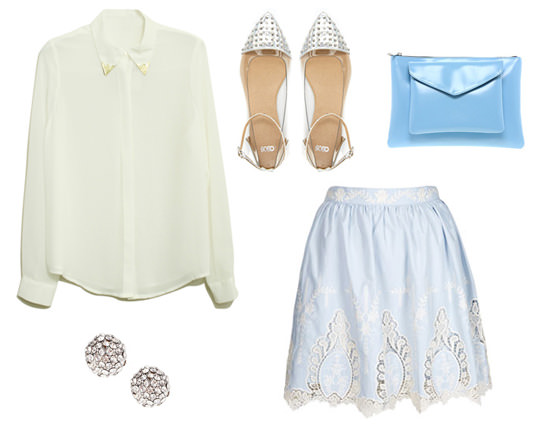 Now you’re ready to interrupt a round of bowling with your own dance routine. And, FYI, both of these pairs of shoes could probably inflict minor injury, so don’t hesitate to use ’em if you need to. ♦