Indy realized that her best friend would always be the one who was looked at. It was crazy to try to compete. 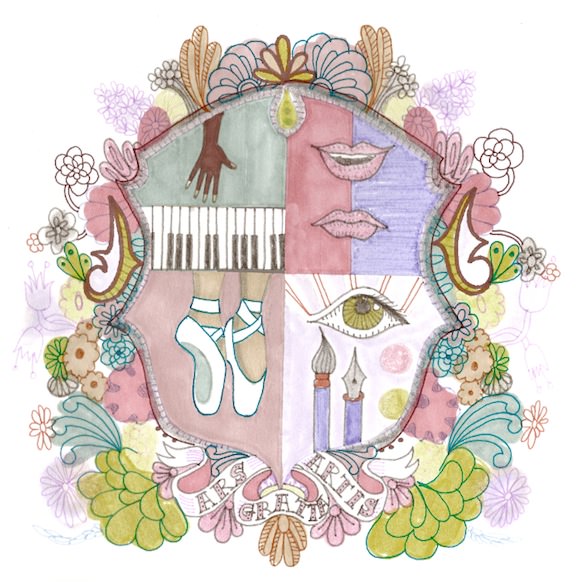 As she boarded the bus, it occurred to Indigo Hamlisch that this would her last time making this trip—a trip she’d taken every summer since she was seven years old: to Silver Springs Academy for Fine and Performing Arts for Girls. She was 15, the oldest you can be at Silver Springs, and she’d been looking forward to this day throughout the entire school year. This trip to camp always felt like she was going home, instead of the other way around.

As she made her way down the bus aisle, Indy waved breezily to Puja Nair, the aspiring playwright, and Yvonne Bremis, the stand-up comedian. And then suddenly, like a blinding turn onto a sunny street or a record scratch in the middle of a movie preview, there was Lucy. Their eyes met.

Indy shoved the army-navy bag she used as a purse under her seat to make room for her very best friend, whom she hadn’t seen in a year. Lucy sat down and hugged her like it was the last time they’d ever be together. Indigo noticed Lucy’s bright yellow Staff T-shirt immediately. Lucy had aged out of camper status that year and was returning as a counselor-in-training (CIT). This would be the first time their one-year age gap made any kind of difference. But Indy didn’t think anything else would change between them. How could it?

“Girl, I missed you,” said Lucy. She popped the cap off a tube of Carmex and ran it over her lips. “So,” she gushed, “the first thing I have to update you about: Remember that guy I told you about on Gchat? Tyler? From Cedarquist?” Lucy’s school seemed to host an endless supply of attractive boys who wanted to date her.

“Tyler or Taylor?” Indigo asked. She vaguely remembered IMing with Lucy in the last month or two about a guy in Lucy’s class who’d been jerking her around over an invitation to his junior prom.

“Tyler. Not Taylor. Tyler. With the skateboard. He’s semipro now.” Lucy beamed before she launched into the complicated saga of their courtship. Indy only half listened, relieved to be back in Lucy’s company but unable to relate to her friend’s boy dramas. Compared with Lucy, Indigo was pretty inexperienced with guys—she’d never gone further than an ill-advised makeout or two. And while Lucy cast a wide net with her romantic pursuits, Indy crushed on only a select few. But when a man she liked finally did come around, Indy fell hard. For example, Nick. She wanted him like crazy.

“And, oh my god, Indy. You should see his body. It’s sick. We only made out, but I swear, I remember thinking I would go all the way with him.” Now she had Indigo’s full attention. Lucy leaned in close and added in a dramatic stage whisper, “I’d never felt that with anybody else before.”

“So are you going to do it, then?” Indy asked, wide-eyed.

Lucy exhaled loudly, and her mouth twisted into a pout. “Probably not. I mean, we’re going to be at camp for so long and everything…also, he started writing me some really weird poems.”

“Nah, just some really bad stuff comparing my body to a smooth half-pipe that he’d like to ride for all eternity.”

Lucy shrugged. “He was hot.”

“Ooh!” said Lucy. “That’s my cue! See you in a bit?” She bolted to the front of the bus, where the theater majors held court. Soon, the vehicle ached with a three-part-harmony version of an emo anthem from Spring Awakening.

Before going any further, a distinction should be made between Silver Springs and other camps—the ones with counselors and bunks and color war and relay races and campfires and mosquitos and those kinds of things. Because Silver Springs was by no means a typical summer camp experience.

Set in the Berkshire Mountains in western Massachusetts, Silver Springs was founded in 1972 by Nic and Sunny Heavenfeather-Strauss, a Beat poet and a ballerina who had retired to the least humid section of the Northeast to focus on their mission of teaching watercolors and the Alexander technique to disabled children. Since then, Silver Springs, named after Sunny’s hometown near Bethesda, Maryland—as well as the haunting Fleetwood Mac song—had transformed into the premier fine and performing arts summer institution for 175 lucky young women. There were no counselors at Silver Springs—only instructors who specialized in the camp’s four fields of study: drama, music, dance, and visual art. The campers’ cabins were more like chalets, air-conditioned and named after famous composers and choreographers (not woodland creatures). The young women of SS looked toward Broadway. Soho galleries. Juilliard. The Mark Morris Dance Group. Lincoln Center. They wouldn’t all make it, but Indy and Lucy were among those whose dreams of becoming great artists (a sculptor and an actor, respectively) were on the realistic side.

Indigo opened her eyes to see she had gained a new seatmate in Eleanor Dash, a dancer with a known penchant for cruel gossip. She was already wearing her ballerina tights.

“You were snoring,” Eleanor said. “It was pretty annoying.”

Indigo didn’t know how long she’d been asleep, but she felt disoriented and groggy. She rubbed her eyes carefully so as not to smudge her mascara and looked out the window just as the bus was pulling up to campus. She could make out the lush lawn and blue buildings with sloping gray roofs in the near distance. Massive shady trees were spaced evenly throughout the campus, and the Silver Springs camp flag, which bore a feminized coat of arms representing each discipline taught at camp above the Latin phrase Ars Gratia Artis (“Art is the reward of art”), danced in the breeze. The overall effect was quite ethereal. Indigo began to imagine which colors she would mix to achieve the specific shades of the scene if she were to paint a landscape right now. Chartreuse and goldenrod. Maybe some cerulean. She was itching to get started.

As the campers exited the bus, the camp director, Lillian Meehan, greeted each one with a lei made from peonies. On her way off Lucy looked back at a still-sleepy, rumpled Indigo, and smiled and winked. Indy felt the warm rush of camaraderie wash over her. She smiled back and soon enough emerged from the bus into the warm kiss of sunlight on the grassy patch, where Lillian greeted her with a lei. And when she lifted her face to take in the familiar postcard of the sprawling green campus before her, Indigo found something small and sublime in its composition.

There, on the lawn of the main sprawl of Silver Springs, right near the office, stood Nick Estep, holding a blowtorch to a huge metal sculpture. Goggles rested atop his dark hair, which came down to his T-shirt collar and shone in the sunlight. Indigo’s heart rocketed to every point on the surface of her skin. She smiled. She was in a beautiful setting with an endless supply of paints, her best friend was there, and so was her painting teacher/crush, Nick. All of the elements of a brilliant summer were perfectly in place. Now it was just up to her to create it.