All in Your Head

Not everything is about you. 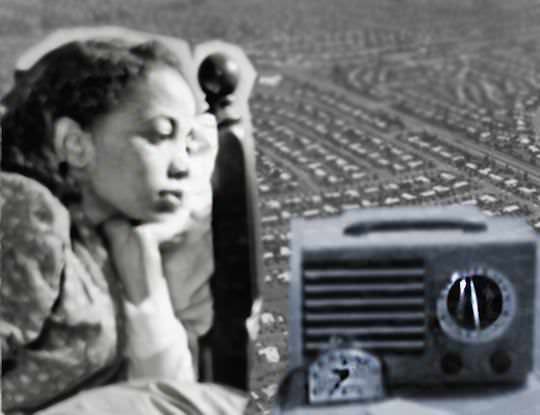 Until I was about 25, I was terribly, paralyzingly shy and awkward. I was home-schooled, I grew up in a very religious household (these two are oddly unrelated), I read a lot—you get the picture. This is not a surprising confession unless you met me after 2007, in which case you most likely do not believe me. By the time Obama was president, people would hoot and cackle as though I had played a delightful practical joke on them when I told them that I was shy, because now I am a non-stop, high-volume one-woman show entitled These Are My Opinions! And Some of My Emotions.

Being shy was, in many ways, just a result of thinking way, way too much. People would talk and I would stand there, trying to do an in-depth forensic analysis of what they’d said and why they’d said it and whether they could possibly be making fun of me in some extremely subtle and complicated way I didn’t understand. But there was an upside. After spending more than a decade thinking obsessively about how other people are reacting to you, you develop some decent observational skills, and you actually start figuring out a little bit about how other people work. I just watched people talk, I watched them go through their various Things and Issues, and what I found out is that there are an endless number of reasons for any given awkward or unpleasant encounter in your life. And those reasons, while enlightening, are a little disappointing—because it turns out that almost none of them have anything to do with you.

You see, the story of my life that unfolds in my head centers on me. When I was first hanging out with my best friend, she would occasionally seem very quiet and cold and baleful—not at all like herself. And I was always afraid that I had enraged her and that she was just about to cut me from her roster of friends. One day, when I thought I was getting the silent treatment from her, I decided to be very brave and confront her about it to end the weirdness. And? Turns out she suffers from splitting migraines. That’s it. Every once in a while, her head hurts really bad and she isn’t in such a great mood.

Everyone you know and meet is locked away in their own heads, just like you are. While you are starring in your own personal movie (which, if you are self-conscious like me, is inevitably entitled WHY DID YOU LOOK AT ME THAT WAY: A Film of Suspense, and features a whole, whole lot of dramatic voice-over), they are starring in their own movies, which are inevitably more complicated than you can know. There are a ton of reasons why someone might have acted the way they did in any given encounter. Here are a few of the more plausible ones:

I live in New York. As such, I have the opportunity to observe complete strangers act like jerks to one another on a daily basis: grown women hollering at Starbucks cashiers for taking .5 seconds too long to ring up an order; folks practically fist-fighting for a seat on the subway; dudes just yellin’ at each other on the sidewalk because they’re both walking on it. I get to witness, and sometimes engage in, all sorts of hideous human behavior.

After a few years of this, I conducted an anthropological research project. (It was very informal.) I would try and see how long it takes for the Deadly Jerk Virus to spread. The Deadly Jerk Virus is one of the most contagious ills known to man. It works like this: The lady at Starbucks yells at the cashier. The cashier snaps at the barista. The barista is rude to the next customer. That customer turns surly and walks out of the Starbucks onto the street, where he will probably lash out at the next person who tries to share his preferred six inches of sidewalk. All it takes is one person to introduce the Deadly Jerk Virus into an environment, and it spreads and spreads until no one is safe. (As with all catchy concepts, there is an episode of How I Met Your Mother about this; it’s the one called “The Chain of Screaming.”)

So the next time someone is a complete crap-bucket to you for no apparent reason, consider this: sure, this could be one of those rare cases where someone genuinely wanted to hurt your specific feelings, because they are a horror-movie-style sadist. But it’s much more likely that this person caught the Deadly Jerk Virus at some point that day and decided to pay it forward, in which case, there’s nothing you can do, except refuse to spread it further.

2. Something huge is happening.

Have you ever been obsessed with something? I don’t mean the fun kind of “I can’t stop watching Homeland” obsessed. I mean having something huge and unpleasant take over your brain and not let go, something that landed in your life two weeks ago like a whale carcass dropped from a 747. It’s just a big messy splatter that you can’t look away from, like your parents getting divorced or a failing grade, or else something that might happen, something you’re holding your breath over and you can’t think about anything else, like thinking you might be pregnant or that your school principal is gonna make good on her promise to call your parents.

If you’ve been there, you know what it feels like—a gravitational pull at the center of your life, like a bowling ball on a mattress. Every thought that’s not nailed down starts to roll back toward the one thought you can’t get away from. So ask yourself: about how polite do you think you were during that time? None polite is how I’ve been during those times. I exhibited precisely none of the politeness when I was truly bad-times obsessed. I have watched other humans endure their own stressful things, and I can confirm that most people are similarly incapable of little niceties during these moments. So if someone is strange or rude to you, remember that they may not even be looking at you. They may just be looking right through you, at the splatter. And, on a related note:

The world is full of sadness. Trauma is everywhere. Pets die. People die. Parents die. People, especially women, are sexually assaulted. Jobs are lost, friendships end, families split up, and hearts are broken every day. Now I’m not saying that because the world is rough on people, everyone gets a lifetime pass for being jerks. I’m saying that trauma is common and it changes people, and its effects—anger, depression, grief, self-destructive behavior, or just plain old not-holding-it-together—can last a long time.

When you yourself feel vulnerable or insecure or locked up in your own head with no company, it can actually make you very self-centered. You can spend so much time thinking about yourself that you forget that everyone else has problems, and that, in the vast majority of situations, you honestly don’t know what those problems are. Everyone you meet has probably experienced at least one tragedy, and it’s useful to remember that you probably don’t know which bad memories they’re carrying or what might have been stirred up for them on any particular day by some seemingly innocuous comment or event.

What can I say? Sometimes it is. The good news is that if someone is actually mad at you, they will either say something to you, at which point you can settle the matter like the reasonable people you are, or they will be a complete freakshow who keeps directing ominous looks or frosty monosyllables at you in the hopes that you will eventually take responsibility for their feelings and be the one to resolve it. (In that case, I like to play a fun round of “let’s not give in to the weirdness.” The rules are: see how long they can go before doing the mature thing and actually talk to you about what’s bothering them.)

Or, you know, you could actually be a much bigger person than I am and bring it up first. Girls in particular are socialized to be very uncomfortable with confrontation and talking about what we need, which results in all kinds of passive-aggressive behavior. But when you show your friends that you can handle uncomfortable conversations, and that the world doesn’t end when they talk about a problem they’re having (with you or with anyone else), you show them that it’s possible to stand up for themselves. Which is really a service to all lady-kind, and which sort of balances out whatever problem they’re having with you right this very second.

Of course, there is one other option:

5. They are a horror-movie-style sadist.

This is a joke, sort of, but it’s also a real and non-theatrical possibility. When I was trying to compile examples of misunderstandings for this very article, one person told me: “You have a bad habit of assuming that people are being mean to you when they’re actually just mean to everyone.” If someone is locked in the sad, small place where they honestly believe they need to hurt or insult or demean other people in order to feel OK about themselves, then they are probably petty and immature and that’s their problem. Or they’re just plain sadistic and on their way to becoming the Joker, and since you can’t call Batman, the best move is to just walk away. ♦