The Ides of March

It was the best and worst day of my life.

I Say to You Now 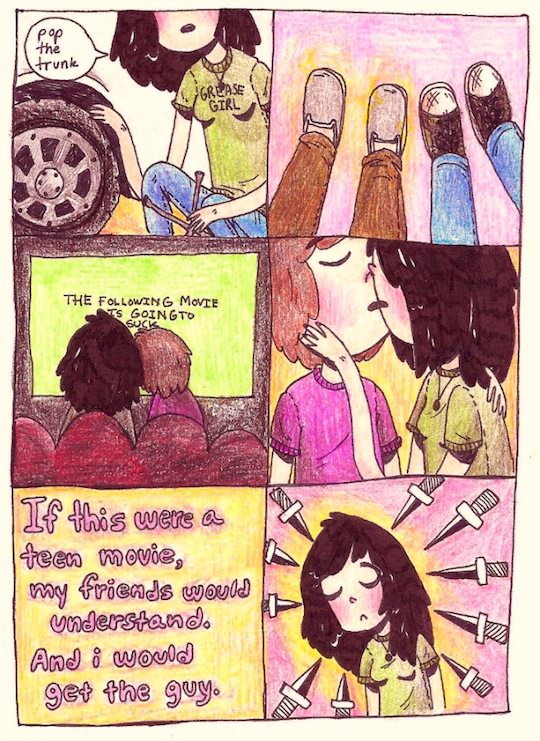 Late already. And I even woke up early today. Blame something. Blame daylight savings.

Was going to do homework. Forgot. Watched too much YouTube. Just can’t get enough. Science will prove, I’m sure, that I learned more by surfing the web.

“Siwan! Are you going to school in that? At least brush your hair,” Mom says as I grab a banana, kind of mushy, from the fruit bowl.

I am out the door. Was going to run. Too beautiful. Sky too blue. Skipping shortcut. Taking long way. Slowing down. Smelling the roses.

I slow down some more. I’m a looky-loo. I wanna see him get out of his car. He makes walking look like a rare art form. How does a body move like that? Why does he waste his time on the tennis team? He should be a dancer. Or a cat. Leg. Calves. Butt. Back. Head. Watching him is like taking sips of water in a desert.

I push the dirty thoughts out of my head and shake my face like a cartoon, all blur and eyeballs and tongue-wagging. I can’t even go there. Mia is in love with him. She invites him to all of her parties, even though he never shows up. She touches his locker whenever she passes it by. She knows his schedule by heart. She is an expert on Carmine Dejena.

I don’t think he has never noticed her. Not once. I’ve never admitted to her that sometimes I have woken up shaking with pleasure from a pervy dream about him. She would kill me.

I do not want to be killed. I just keep walking. Walk right past him. Like I don’t even notice him at all.

“Fuck!” he says. I hear him kick his car and yelp in pain.

Can’t help it. I turn to look over my shoulder and catch him just as he throws his baseball cap to the ground.

His body turns flawlessly. His eyes spy me.

He doesn’t know my name. Funny. Does he have a nickname for me? Like I do for him? Does he call me grease girl? Or freakazoid? Or banana-nose?

I’m not going to help him out.

“Hey, Carmine,” I say. I don’t stop. I keep walking. Shake my ass a little. Show him I’ve got a swing in my step even if I’m wearing yesterday’s underwear and my slept-in T-shirt. I hear his footsteps running up behind me. He puts his hand on my shoulder. Oh, touch. Touching is so nice. Like coming into a warm room after a snowstorm. Like getting goosebumps when someone says what you were just thinking. How can I help it? I turn around.

“Can you help me out? I don’t know how to change a tire.”

I look at my hands. Flex them out. I remember that time at Bonnie Henderson’s 11th birthday party when Carmine and I ended up in the closet together. He’d come to the party with Chloe Thibodeau and didn’t want to piss her off. He spent the whole seven minutes sweating and holding both my hands, like if he let go, he would fall over. I spent the whole time examining Bonnie’s mom’s shoe rack, which was hanging over the doorway and kind of poking me in the head. Right before the closet door opened, he kissed each one of my knuckles. To date, it is the hottest thing a boy has ever done to me. And I’ve gone all the way.

I roll my eyes at him, but he smiles kind of like I’ve made him go weak in the knees.

He does. I get the jack out, and the spare. I get to work.

Carmine stands there like a damsel in distress, his hands on his hips, his brow furrowed, like he’s trying to learn how to do it so he can change his own tire one day. But he won’t learn. He’s not that kind of boy. He’s the hottest, coolest, most attractive guy in school, but I wouldn’t trust him to carry anything. Wouldn’t ask him to build me anything. Wouldn’t even want him to kill a spider for me.

He nods. Kind of smiles. Waves his hands around. Makes a goofy face. Stumbles around like he’s drunk, or inept.

“Come on,” I say. “I’ll drive.” I’ve always wanted to drive a convertible. “And the top comes down.”

He points to his hair. My mom would be so happy with how great and groomed it looks.

“Top down,” I say. I slide into the bucket seat and make mirror adjustments. Carmine presses a button and the canvas top slides back. I check out his iPod. It’s all good. I hit shuffle and the music blasts, louder than I think it’s going to be. Carmine might be a louder person than I think he is.

And now I am laughing, too.

I stop laughing. Not because I want to, but because we’re at the garage. Also because I feel suddenly uncomfortable. I thought I had been invisible to someone like Carmine, and now I feel like a bug under a microscope. Has he been noticing my little clique from across the lunchroom? I know we’re mocked. But studied? Remarked upon?

I must remember to tell Mia that he knows my name.

Wait. Maybe not. Maybe he doesn’t know her name. If he didn’t, then she’d be mad. I don’t want to make Mia mad.

We get out of the car, and Carmine takes care of business. I get myself a Gatorade, because it’s hot outside. Summer hot. It’s not even spring yet, and the sun is still winter-low. While Carmine pays the guy behind the glass divider, I am looking at him through the window, and I have a sudden feeling that instead of going to school today, I’m going to have an adventure.