Falling in and out of love with your first favorite band. 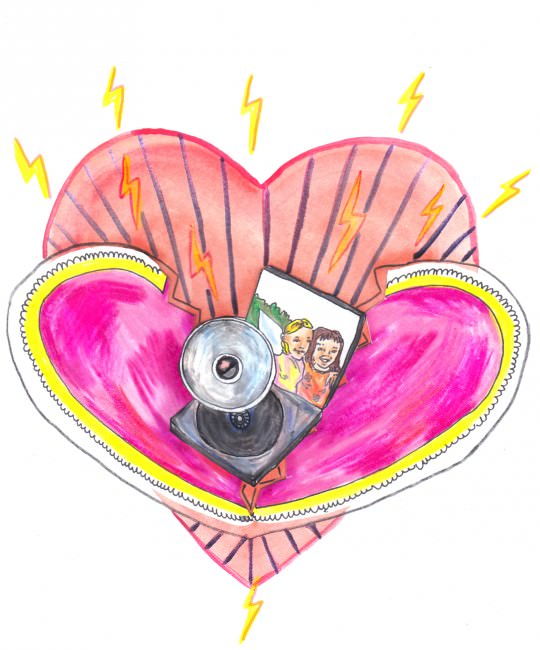 First Time That I Ever Saw You

The summer of 1993, I would have followed my cousins Tracy and John anywhere. They were siblings, 13 and 14 years old, and I was 12; and though that’s not a big gap in terms of actual chronological time, the dividing line between teenager and every age that comes before it is clear, strong, and immovable. To me my cousins seemed impossibly cool—worldlier and more mature than I could ever hope to be. They dressed cool, they listened to music by bands no one else had even heard of, and they seemed to discover trends ages before they trickled down to me and my friends.

That summer, our whole extended family went on vacation together to Cape Cod. Tracy and John had an effortless way of navigating the beachfront stores, finding perfect accessories for their ever-evolving identities, while I straggled behind, trying to look like I belonged with them, in their world. It is to my cousins’ credit that they never tried to ditch me; with my giant glasses and my abundance of orthodontia, I certainly wasn’t helping their cred, though they made me feel cool by association.

They were going through a grunge/alt phase that summer, so they introduced me to bands like Mudhoney and Sonic Youth, and to songs by bands like Nirvana and Pearl Jam besides the ones they played on the radio. But they could also speak knowledgeably about hip-hop, dance music, jam bands, punk, pop—pretty much everything—and when they did so, I paid attention, trying to soak up as much information as I could. I wanted to know everything they knew, to like everything they liked (well, maybe except for the jam bands—sorry, dudes).

Before that trip, I just listened to whatever my older sister listened to—mostly Top 40. Under Tracy and John’s tutelage I basically exchanged one set of secondhand tastes for another—one that was definitely more sophisticated, but no more mine.

Then one day my cousins decided to walk into one of those ramshackle old beachfront record stores—the kind that smell like sand and patchouli and decaying wood and greatness—and while they combed hungrily through the racks, I found myself transfixed by a poster of two little girls that was plastered on the wall. 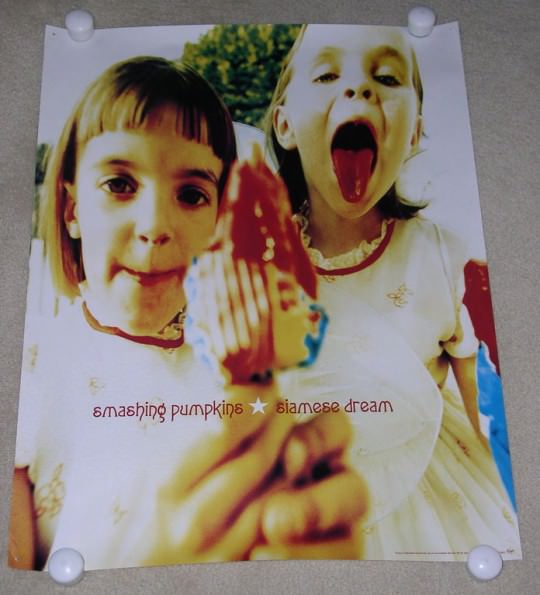 It advertised a record that had just been released about a month before (and is now—gulp—20 years old). I didn’t know anything about it, or the band, but I remember thinking that their name—Smashing Pumpkins—was kind of scary, since it describes a violent act, but also kind of funny, as it evoked an image of, like, the Monopoly Man looking at a pumpkin and declaring it “smashing.” The funny/scary juxtaposition spoke to me, because I had just entered a phase where I dealt with my anxiety by trying to find the absurdity in everything I feared.

I didn’t buy the CD that day, because I knew my mom wouldn’t react well to the song title “Silverfuck,” but I kept thinking about that photo of those two girls sharing a popsicle. Soon after that I heard the first single from that album, “Cherub Rock,” on the radio, and was immediately captivated by the loud, trippy guitars and the anthemic chorus. I asked John what he thought of Smashing Pumpkins and he said they were “pretty good,” but he didn’t seem super into them, which I liked, because this was something that could belong to me, not to my parents, not to my sisters, not to my cousins. This was something that was mine to love, sight and sound.

Having covered the first two stages of falling in love—curiosity, then a crush—I moved on to step three: obsessive adoration. This kicked in when I saw the video for “Today” on MTV. It features the lead Pumpkin, Billy Corgan, as a bummed-out ice cream man who ditches his regular route to drive into the desert, where makeout sessions and paint fights ensue.

It was the first time I’d seen the band outside of promo shots in magazines, and whatever magic their visuals + their sound created when they came together, it worked on me. I felt instantly, deeply connected to them, like they’d been waiting for me, painting that ice cream truck, hanging around in that desert, until I caught up with them.

The song had a singsong melody accompanied by fairly dark lyrics (“Can’t live for tomorrow / Tomorrow’s much too long / I’ll burn my eyes out / Before I get out”), which hit my sweet spot of silly and sinister. The music was quiet and loud, happy and angry—an optimist’s howl attempting to break through a dark and scary chaos. As the guitars swelled I felt a rush of triumph, like I was overcoming something.

“I wanna turn you onnnnnn,” Billy growled. Mission accomplished, thought 12-year-old me. Smashing Pumpkins became my first musical passion, and like all obsessive loves, it burned too hot to last.