Sunday Comic: Above Her Only Sky

Collisions between wildlife and cars rarely make for pleasant YouTube videos. This week, there was this exception. An owl in Florida survived a run-in with an SUV, and instead of becoming roadkill, our Great Horned hero managed to safely slip behind the car’s grille. The owl just kind of hung out there during an overnight road trip, and who knows how much longer she would have had to stay put had a passerby not informed the driver the next day that there were two bright-yellow eyes staring out of the vehicle. Rescuers took apart the front of the SUV to free the bird, who was understandably “very stressed.” But don’t worry! Vets say she’s going to be OK.

Kate Upton posed in a bikini in Antarctica for Sports Illustrated, and the experience was EVEN MORE AWFUL than it sounds. She was so cold she couldn’t feel her own limbs, so her editors had to move her legs for her. Then when she came back to the U.S., it got worse. “I was, like, losing hearing and eyesight,” she said on the Today show earlier this week. “My body was shutting down, it was working so hard to keep me warm.” She seems proud that she pushed herself to the limit, and props to her for that—I would have wussed out as soon as I heard the word arctic. But Amanda Hess at Slate wonders what Sports Illustrated was thinking: “All it takes is one Sports Illustrated editor to say: It’s unethical and unnecessary to endanger a model in order to make $1 billion off of her suffering, and we’re not going to do that.”

One of my favorite bands, Gossip, released this new music video yesterday and it is funny and cute and awesome. 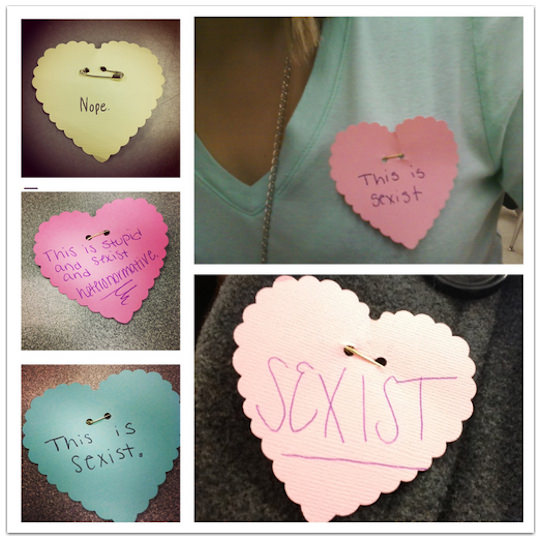 I don’t celebrate Valentine’s Day, but when a friend sent me this anonymous Tumblr post about amazing girls who objected to a supposedly “fun” V-Day game at their school, it made me want to celebrate their bravery. The game involved paper hearts being handed out at the beginning of the day—but only to female students. If one even talked to a boy, she had to “give him her heart.” And the guys? They got raffle tickets for every paper heart they collected and didn’t have to give up A THING. To the ladies who used their hearts to protest: I’m proud of you!

During a women’s golf tournament in Australia on Thursday, a bunch of kangaroos decided to invade the golf course and run wild! To the kangaroos who went out of their way to shake things up a little and pull us momentarily out of the monotony of daily life (and golf): I’m proud of you.

Apparently Fiona Apple’s dad is awesome, too, to no one’s surprise. Love of my life Amy Rose posted this screenshot on BuzzFeed a few days ago: 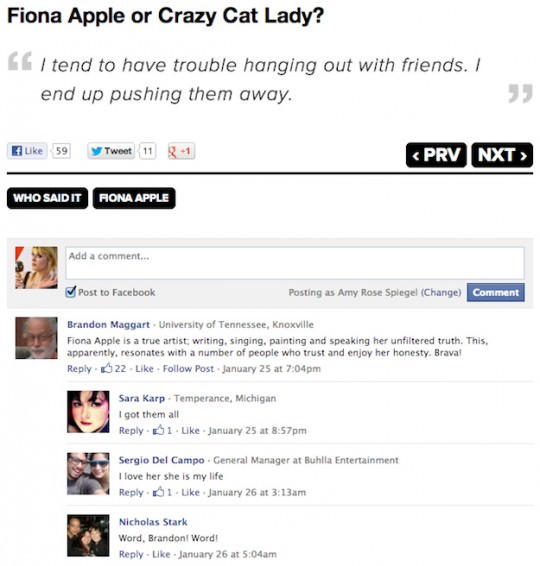 That’s the comments section under some stupid jab at Fiona on Fuse.tv. Fiona’s father is indeed named Brandon Maggart, he graduated from the University of Tennessee, that’s him in the profile photo, and we know that he had a part in raising a girl who is kind and perceptive and holds firm to her convictions (and doesn’t back down from a fight), so all signs point to yes—except maybe the one where why is Fiona Apple’s dad browsing the fun ’n’ games section of the Fuse website? But I CHOOSE TO BELIEVE (and I’m proud of you, too, Brandon).

In my home state of Illinois, we got the most beautiful news on Valentine’s Day: the state Senate approved our marriage equality bill, which would make same-sex marriage legal! It still has to be passed by the state’s House of Representatives, and then it needs to be signed by the governor (who already tweeted his support), but I’m so proud that Illinois is on its way to becoming the 10th state to recognize everyone’s right to marry the person he or she loves! 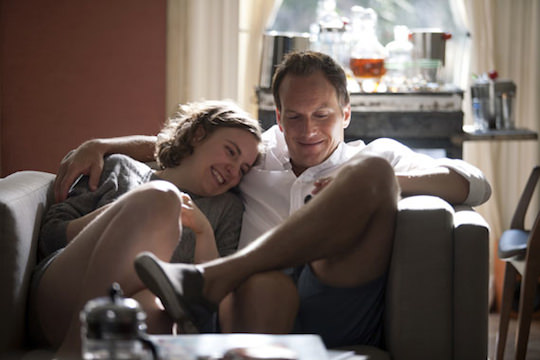 Whenever Lena Dunham takes off her clothes on Girls (basically every episode), it’s pretty much guaranteed that the internet will freak out. The aftermath of last week’s episode—heavily featuring Dunham in sexy-time mode with guest star Patrick Wilson—was no exception. Most of the “think pieces” that showed up online the next day found overt or sly ways to criticize Dunham’s body, and the comments on the articles were even worse. But Kate Spencer’s thoughtful Tumblr post about how Dunham’s onscreen comfort with her nudity has made Spencer feel better about her own body is a nice antidote to all that. ♦