Let’s all dress like food and eat food every single day.

This video for Viva Vena!, the sister fashion line of Vena Cava, satirizes fashion commercials and is hilarious. Directed by Matthew Frost, it portrays Lizzy Caplan as a carefree gal who frolics in flowers, listens to obscure ’60s records, and presses seashells to her ears—all while, you know, she becomes who she is. So fashion, so free, so funny.

I love Joe + Gigs, a website where writers and poets pick a work of art—a lot of times, it’s a painting by a famous artist—and write a short piece to accompany it. Such a good idea! This story is my favorite. Ah, Satanist roommates.

Fellow Rookie babe Amy Rose made CANDY fucking SALAD for Buzzfeed. OMG, I wanna eat all of that up and cry and barf. “Sorry not sorry” is right!

I don’t know about you guys, but it really bothers me when magazines do “Get This Look” features, and the resulting outfit is a really sad imitation of some amazing thing that Beyoncé wore—like, don’t even try to tell me that I will look like her if I purchase a jewel-toned cocktail dress that can go from day to night. So I was pretty excited when The Hairpin’s version of that trope, which in the past has taught us how to look like ghosts, cannibals, and Angela Lansbury, decided to take on FOOD. First it was baked goods, and this week it was sandwiches! Writer Rebecca Jane Stokes nailed “grilled cheese” with a yellow-lace-crop-top-and-Ugg-boots combo. I hope this series continues, because I’m dying to know how to dress like soup. 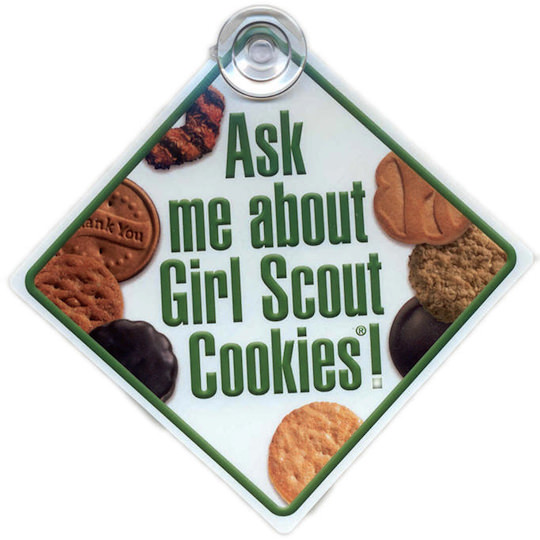 Finally, a quiz that makes sense to me. I’m so glad that the women of Jezebel have created a system with which to figure out which kind of Girl Scout cookie you are. I’ve always felt like a Thin Mint, but it’s good to have this external validation.

Also, since I clearly have cookies on the brain, here’s a video from the New York Times about what selling Girl Scout cookies does for one of those fabulously vested young women. (The badges! I die over those badges!) 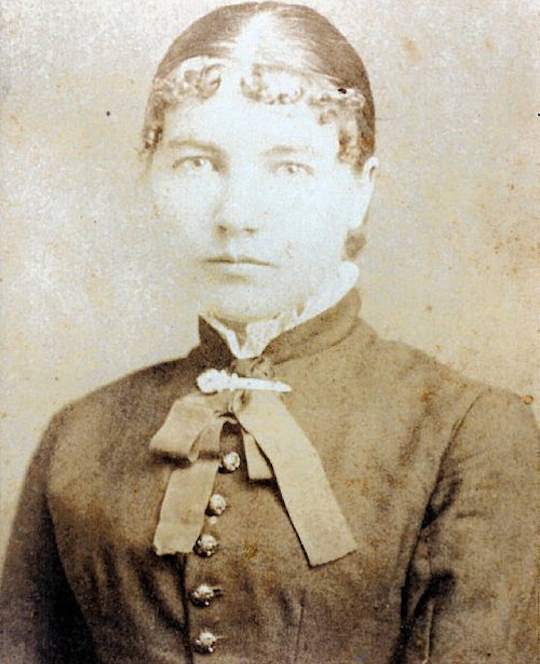 Thursday would have been Laura Ingalls Wilder’s 146th birthday. Her Little House books were my first literary loves and writing inspirations. I discovered them at the age of five and immediately embarked upon a phase of wearing long dresses and doll bonnets tied around my neck everywhere I went.

I still sometimes fantasize about living in Laura’s world, full of adventure and new frontiers, but Zoë Triska at The Huffington Post makes some pretty fair points about why life on the prairie really wasn’t that awesome. Among the biggest downsides were illnesses like scarlet fever, which blinded Laura’s sister Mary…or maybe it didn’t? NPR shares a new theory.

As if Erykah Badu was not just an awe-inspiring gal’s gal already, in an interview posted this week she talks about how, in the last decade, she started working informally as a doula—a woman who hangs out and takes care of women while they are giving birth, something between a best friend and a coach. Now she’s working to become a midwife, which means she would be trained and licensed to deliver babies. I don’t think there is another R&B icon whom I would rather help me deliver a baby.

The fact that human remains found under a car park in Leicester were confirmed this Monday to belong to King Richard III is my favorite news story of not just this week, but the whole year so far. It is a fascinating tale from beginning to end—and a little creepy, in the best possible way. (This reconstruction of the king’s face is EVEN CREEPIER.)

King Rick’s life is shrouded in myth, and he kinda has a bad rep thanks to Shakespeare’s portrayal of him as a hunchbacked monster of a man. For centuries, people believed his body was thrown in a river after his grisly death in the Battle of Bosworth. BUT, finally we have the truth!

It’s lovely when legends are pulverized somewhere as banal as a car park. It’s also a nice reminder that even if you are a king and have all the riches in the world, you can’t escape ending up a pile of bones. Although sometimes it’s a very fascinating pile of bones. 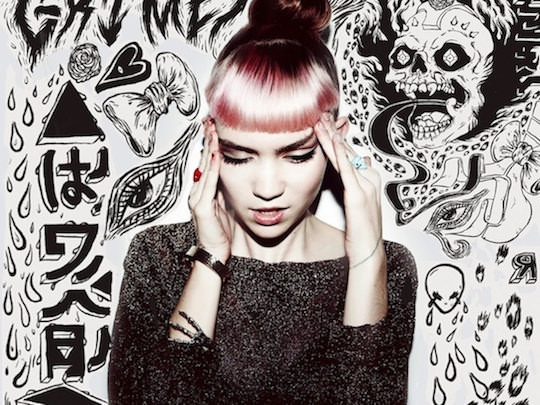 The internet gives us so many gifts, as proven by the other items in this post. But the very thing that makes it so great—its ability to connect people with common interests—can also make it an echo chamber of negativity. The great Paul Ford said that the internet has given us all a sense of an “ambient tribal identity,” where “the question ‘I wonder who else hates this?’ has an immediate answer.”

People coming together over stuff they care about or that makes them happy is awesome; but when people unite over the “cause” of dragging someone or something down, it makes the world seem smaller and meaner. I’m thinking about all of this for the thousandth time this week because of two things that happened on the ol’ internet.

The first thing was that Grimes deleted most of her Tumblr because people were giving her a ton of shit for including Taylor Swift, Beyoncé, Psy, Justin Bieber, Carly Rae Jepsen, Lana Del Rey, and Mariah Carey on a list of her favorite songs of 2012. To explain herself, Grimes, aka Claire Boucher, left up two posts, which you should read in full, but here’s a short version of my favorite parts:

So I made that post about my favourite songs of 2012 (including Taylor Swift and Gangnam Style etc.) and people just hated on it. I just don’t understand…. I don’t see why we have to hate something just because it’s successful…. Like, how can you hate Beyoncé? She’s changing the world. She stands for people of colour and women everywhere succeeding in a stifling patriarchy, without compromising her morals. And she makes challenging, interesting art. She’s always positive. She is everything good. And the fact that she is hugely successful is not a shitty thing. It’s an important and amazing thing and she clearly works hard for it….

And I’m sorry, but I think it’s fucking incredible that a Korean-language song is the most popular thing on the planet…. [Psy’s] art is creating a generation of kids that will grow up seeing Asian culture as being as valid as Western culture, which they currently don’t…. Racism isn’t over. Sexism isn’t over. The only way things actually effect social change is by hitting the audience that perpetuates these ideas.

Boucher said she needs some time away from the internet while she records her next record, because she can’t handle her “personal website becoming a content farm.” And yet it doesn’t fucking end—after she made that totally understandable and relatable statement, a guy on Gawker was all: “If you don’t want attention for what you do on your Tumblr, don’t post on your Tumblr and certainly don’t start deleting shit from your Tumblr.” OK. Somehow I don’t think Grimes needs advice on internet etiquette from Gawker.

The second thing was this wonderful poem by Sarah Nicole Prickett on The New Inquiry: “Is Taylor Swift a Feminist?” Each line is a link to an online story asking if so-and-so “is a feminist”: Beyoncé, Tina Fey, Lady Gaga, Barack Obama, etc. Can we please stop interrogating people about this? Isn’t what we do and how we conduct ourselves in the world more important and revealing than checking a Y/N box in response to a complicated and loaded question?

In conclusion, I love you, internet, but you can be a real dick sometimes.  ♦