Remaking the set of Friends, Cori B., and the bewitching tale of the reclusive Lykovs.

Sunday Comic: The Best Song Ever #5

I love this adorable video of Snoop Lion’s daughter Cori B. singing T. Swift’s “I Knew You Were Trouble” with her friend Gabi Wilson. The best part is at the 1:50 mark, when Cori starts singing to her friend as if she’s the one who broke up with her and they’re laughing about it, which is EXACTLY the kind of thing that you’d do with your BFF, too.

This awesome Onion article perfectly sums up how people gaze at teen girls as if we were one-dimensional creatures that exist only for our sex appeal. 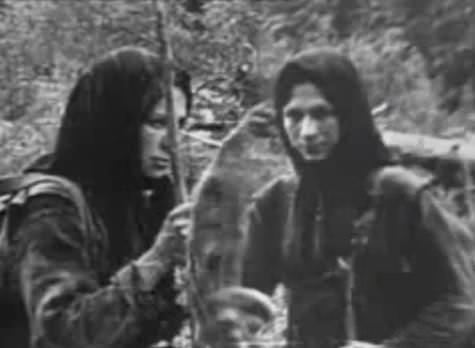 The Lykov girls, Agafia and Natalia.

While I recognize that it is now February, this Smithsonian article about a family hiding out in the freezing mountains of Siberia totally fits the mystical and desolate vibes of January’s theme, Mythology. Before World War II, Karp Lykov and his family fled persecution, settling on the icy slopes of a remote forest, where they lived in absolute seclusion until discovered by helicopter. The tale of their survival and discovery is fascinating on so many levels. The way they adapted to their environment shows the incredible strength of the human body–I mean, they were walking around in the freezing outdoors with no shoes on! Their resourcefulness in finding food and staying warm blows my mind. I doubt many of us accustomed to our modern comforts could deal with a week of that existence, let alone a lifetime.

Pixie
Because dreams come true, a man named Du Xin has opened up a replica of Central Perk, the famous Friends coffee shop, in Beijing. If you have the means, you too can sit on a giant creamsicle-colored couch, drink enormous mugs of coffee, and pretend that you’re in 1995, settling in for a performance of “Smelly Cat” by Phoebe Buffay. Du also constructed “a replica of Joey and Chandler’s apartment next door to Central Perk, featuring a foosball table, Baywatch DVDs, and the giant TV cabinet Joey built.” Well done, Du Xin!

If you want to have nightmares instead of happy Friends-inspired dreams, and you’ve already watched all the episodes of Twin Peaks I suggest you read Matthew X.J. Malady’s “The Terror of Twin Peaks” over at The Awl. It’s a marvelous, creepy (and spoiler-filled) piece about the history behind the show’s main villain. If you watch any of the clips that Malady has included in the piece, I suggest you take his advice:

Don’t watch it at night, or while spending time at a cabin in the woods, or alone, or if you have some sort of important meeting or interview in the morning and need to get lots of sleep tonight. Actually, if you can, only watch this in a park or wide-open meadow somewhere, on a sunny day in the early summer, surrounded by hundreds of people playing Frisbee and rollerblading and flying kites. If you can get to the part of Alaska that experiences 24 hours of sunlight each day for 12 weeks in the summer, do that. And, in any case, if someone just happens to be blasting Skee-Lo’s “I Wish,” or “Shiny Happy People,” or some other goofball jam while you watch, all the better.

Jessica
On the occasion of the reissue of Marianne Faithfull’s momentous 1979 album Broken English, the always fabulous Lindsay Zoladz considers Faithfull’s legend and legacy, and makes a convincing argument that the British musician was more rock & roll than any of the Rolling Stones she was associated with.

Rookie theme song alum Claire’s Diary released their very first music video this week, and it is everything I like. Harry Styles? Glitter bouncing around on a drum set? Reading old magazines? Drawing on one’s face? Gah. 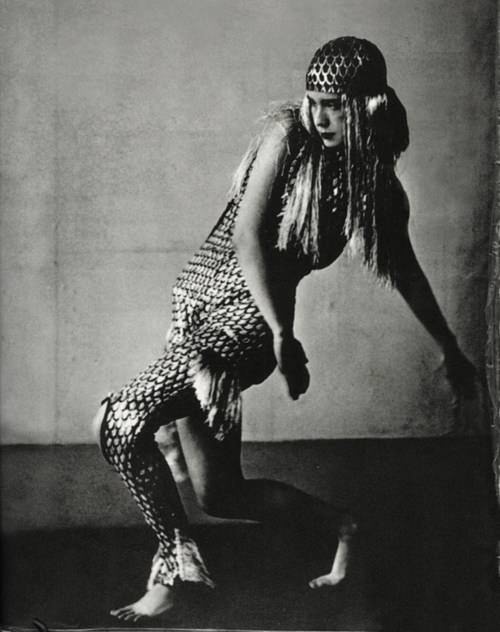 This week I read Aimee Wall’s confessional, vulnerable, and patient review, on the literary website Maisonneuve, of Kate Zambreno’s punk-as-fuck memoir/biography/literary criticism/everything book Heroines, and it made me think about how often I feel broken and exhausted from trying to make myself heard, while at the same time I wonder, What if I’m just batshit crazy and annoying? and then I feel guilty and ashamed for my guilt and shame. In her book Zambreno reinterprets the biographies of wives, girlfriends, and daughters of famous writers: e.g., Zelda Fitzgerald, Jane Bowles, and Viven(ne) Eliot, all of whom were seen, at times, as “crazy,” “hysterical,” “too much”—for displaying the same qualities that earn male artists labels like “brilliant” and “genius.” In her review, Wall writes about how her initial reaction to reading about Lucia Joyce (daughter of James Joyce) throwing a chair across the room and shouting, “I AM THE ARTIST,” was to marvel over how bad-ass that was. But then she remembers how truly painful it is to have a breakdown, and awful it is that women so often have to resort to violence in order to be heard, and how that leaves us vulnerable to punishment. “There’s a strange disconnect somewhere between Being Too Much and yet not Taking Up Enough Space,” she writes. “You can read feminist texts and make arguments and feel alive in the face of another woman’s bravery, but somewhere deep inside there is still an obedient voice that says Yes but you’re crazy, you’re Too Much, and it can be loud enough to effectively shut you up.”

The artist Arvida Byström identifies as polyamorous. The artist Tim Kelly identifies as monogamous. The two of them are gonna live on a mattress in an art gallery in London for a week and livestream it on the internet. They like each other, or maybe even love each other. In their artists’ statement, they write, “Thousands of years of cultural tradition encourage us to bed just one other human until the day we die. Five seconds of pop culture encourage us to bed anyone that makes our parts the slightest bit warm. We must find a compromise.” Their project invites all kinds of questions and assumptions about voyeurism, narcissism, radical love, the queering of love, and the blurry line between the private and public domain. Put more simply: it seems mad cool.

Anaheed
If you liked September’s Rookie theme song by Thao Nguyen well then go to iTunes and download her band’s new song “We the Common (For Valerie Bolden).” It’s TOTALLY FREE, but just for this week. ♦