What is it? Is it real? A semi-scientific inquiry. 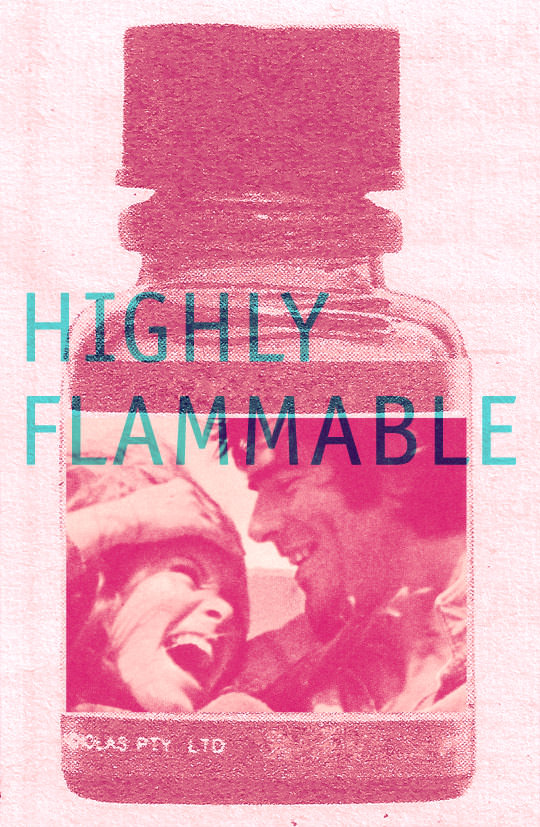 Here’s what it feels like when it happens: First my earlobes get kind of hot and then my hearing goes all wahWAHwahWAh. Next, I feel warm in my cheeks and my stomach sort of drops like going over a hill and my fingers tingle and my heart starts to race. Only then does my brain engage, but all it says is “Go get that person and put their body inside our body and keep it there until the day one or both of you dies, which will hopefully be at the exact same time 70 years from this moment.” Love at first sight: It is what dreams, rom-coms, and the best, totally realistic and achievable R&B love songs are made of! But “love at first sight” can also produce some of the most comical, epically disastrous breakups possible. I should know. It’s something of a habit of mine.

My last one was about five years ago. I was freshly divorced (from a totally other love-at-first-sight situation) and had just moved to New York to work on a TV show. One of my jobs was to find and license the music on the show, only it wasn’t like the music on Glee or anything, it was mostly instrumentals. So I spent a lot of time getting in touch with musicians to get permission to use their music. We wanted to use a song by this one musician—or group? I had no idea. So I Googled them, found their Myspace, and got hit with a ton of love bricks. Looking back, the picture wasn’t even good—his eyes were squinted, his lip curled into a snarl. But at the time I didn’t interpret that as “grumpy and angry,” but rather as “icy and alone,” which led to the thought This man needs some warming up! I knew exactly nothing about him, except that he was a solo artist, not a group; I was 29 years old and already divorced once. I don’t believe in fate, or destiny, order, God, or a “plan.” But I literally thought, when I saw his picture, This person was MADE FOR ME.

I read his bio and learned that he lived in another country, which was no obstacle to our perfect union, as far as I was concerned. Within a few days we’d exchanged two emails and I was telling friends over dinner that I’d “finally found my person.” He could’ve been a mass murderer for all I knew, or had a girlfriend, which he did, which I DID know about, and here I was thinking the “stars had finally aligned” or something? Oh, and this was maybe the 10th time in my life I’d had this rare, magical experience so far. The first was in sixth grade, with a boy who never spoke to me but gave me his ID bracelet through a friend and let me wear it for a week before having that friend ask for it back. And the last time, when I was almost 30, it felt exactly the same, so you can see how much I learned from each of the eight interceding experiences. Nothing! But I blame nature—and not going to therapy soon enough.

There are biological and psychological causes for this overwhelming “love at first sight” feeling, and none of them involves some grand scheme where the universe creates two people who are perfect for each other and then waits 17 years to orchestrate entire school systems’ sports programs to ensure that they meet at an intramural volleyball tournament. The reality is that love at first sight is all in your head. You are actually making the whole thing up! Let’s look at the science.

There was a study done in Dublin recently that suggested that if you’re attracted to someone based on looks alone, you’ll probably still like them after talking to them for five minutes. Scientists there set up a speed-dating event and showed the participants pictures of everyone they were about to meet. If someone was attracted to another person based on their picture, it turned out, there was very little that the object of this attraction could say during such a short meeting to negate the attracted person’s initial desire. After their five-minute “dates,” the volunteers stuck with their appearance-alone choices 63% of the time. Which isn’t a huge majority, but my point is, this is what is happening when you fall in “love at first sight”: Your brain is going, “Oooh, that person is fine. And they are wearing a T-shirt of a band that I like! C’MON, LET’S QUIT SCHOOL/WORK, PACK UP OUR STUFF, AND MOVE AS SOON AS POSSIBLE TO ANOTHER COUNTRY TO BE WITH SOMEONE WE HAVE NEVER EVEN TALKED TO!” It doesn’t work like that, brains. You have to actually get to know people. Ugh, brains are so stupid!

You want to know what’s worse? The next thing that happens is that your brain reacts to this total stranger like they’re a drug you’re addicted to. Dr. Helen Fisher, a biological anthropologist at Rutgers University, looked at MRIs of people in new relationships who described themselves as “madly in love,” and noticed that the reward and craving center in our brain—the ventral tegmental area, which happens to be the same place that jumps into action when someone uses cocaine—goes kind of nuts when we think about the person we’re in love with, and releases a ton of dopamine, aka the “pleasure chemical.” Over time, the more dopamine your brain gets, the more you want. So if someone, upon first glance, causes that part of your brain to fire, you might be on your way to becoming basically addicted to being around them. For all you know, they could have a totally incompatible sexual orientation at best, or hate rap music at worst, and here you are already under their spell.

Think about the strongest crush you’ve ever had: At the beginning of the crush, you can’t stop thinking about this person. Your only goal is to be near them as much as possible, and when you are, you’ve never been happier. This is awesome and can remain awesome if you get really lucky, but if you happen to fall in love with a jerk because you didn’t take the time to get to know them before you put all your eggs in their basket, it can be the most ridiculous situation in the world. Now think of when you’ve been your most heartbroken: You long even more desperately for that person and recall only the most romantic, positive parts of your time together. You feel more attached to them than when you got to be with them several times a week. How is this possible after they clearly stated that they don’t like you anymore and want you to go away? Because your brain craves the dopamine that they trigger, and addiction is stronger than reason. (Tangent: Let’s all practice not crushing on people who don’t like us.)