For teaching me that poems are about more than just rivers.

Tell It to My Heart 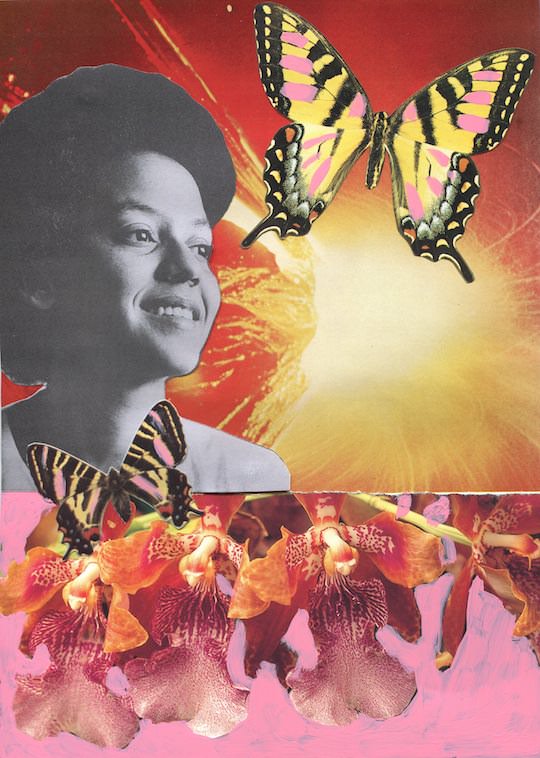 In a 1975 interview, the poet Nikki Giovanni humbly suggested that her rise to fame in the late ’60s was simply a matter of being “in the right place at the right time.” People were hungry for a young woman’s voice, a radical African-American voice like hers, someone capable of putting so much urgency to the page.

My discovery of her work was also a matter of being in the right place at the right time. I was in sixth or maybe seventh grade, a latchkey child perennially trolling the house for something that would enlighten me. I had taken to raiding my mom’s bookshelves for any material that would illuminate or titillate: books with evidence of some shadowy world of adulthood that was never presented in the books I brought home from the library. I had recently finished Wired, a gossipy tale of the actor/comedian John Belushi’s descent into drug addiction and eventual overdose, and I was looking for something similarly sordid. Instead I found Giovanni’s Cotton Candy on a Rainy Day.

Though it is probably safe to say that Giovanni wasn’t hoping to change the life of a perpetually sad seventh grade white girl from middle-class Minnesota when she committed her words to paper, she did just that. It was a revelation to me, this grown-up poem that not only didn’t rhyme but wasn’t boring, and mentioned zits, corns, and loneliness, loneliness, loneliness. These lines illuminated the hidden truth of girldom as I knew it:

I strangle my words as easily as I do my tears
I stifle my screams as frequently as I flash my smile
it means nothing.

And finally, I wondered: Who is this Nikki Giovanni? I examined the book’s bubblegum-pink jacket and thumbed the insides looking for a clue. I could tell she was writing about her own life, because her language was so casual and familiar. She wrote with authority, but she was fallible—she knew her true flaws, and she knew what people around her saw as flaws in her face, her work, her writing, and her determination. The poems were powerful and sweet, with an angry kind of sadness that I often felt, too, about the unjust world women lived in.

In 1967, the year that Giovanni graduated from Fisk University, she self-published her first collection of poetry, Black Feeling, Black Talk, which was in many ways an extension of her activism in the struggle for civil rights: she was a founding member of Fisk’s Student Nonviolent Coordinating Committee, she organized a black theatrical group in Cincinnati, Ohio, and planned and supervised the city’s first Black Arts Festival. The book sold more than 10,000 copies within a year of publication (to put that in perspective, for the average collection of poetry, 1,000 would be considered a success). Her readings were often packed events.

Inspired by the elder poet Amiri Baraka’s command to African American poets and writers to create work that spoke loud and clear about their experience, Giovanni did just that and followed up with Black Judgment in 1968 (her publishing ventures left her bankrupt for a period of time). Both books are often described as radical; her words thunder and stride right off the page. In “For Saundra,” Giovanni offers a response to a neighbor who asks why the poet can’t just write a poem about a tree. Giovanni muses that there are no trees in Manhattan, and that anyway, many people had lost their lives in the struggle for civil rights—these are not tree-poem times she is living in:

Part of the reason Giovanni’s work was so popular was that she attracted an audience of people who did not usually pay attention to poetry, but who found themselves in the expression of her experiences. Her poems read like people actually spoke—they were, in keeping with the mantra of the moment, personal and political.

In 1970, she edited and published Night Comes Softly, one of the earliest anthologies of poetry by black women, and a year later she was nominated for the National Book Award for Gemini: An Extended Autobiographical Statement on My First Twenty-five Years of Being a Black Poet. The mother of a young son, she also began writing books for children, including Ego-Tripping and Other Poems for Young People. By the time she got to Cotton Candy, in 1978, some critics found her work too personal. She wasn’t coming across as this invincible feminist voice of black radicalism in America. Early in “Cotton Candy on a Rainy Day,” she writes:

By feeling doubtful and dispirited, she was flouting expectations of her work and what everyone wanted Nikki Giovanni to be. She was vulnerable, which is a different kind of fuck you—it was a confession that she was not a superwoman; that she was human and exhausted, that she longed to be loved.

Before I picked up Cotton Candy on a Rainy Day, I thought poetry was an old thing, and mostly about rivers if it wasn’t Shakespeare. I lay awake at night worried about nuclear war and what would happen to women in America if abortion became illegal and whether boys would ever notice me. It was a relief to know that grown-up women were riled up about the same things, and that their wide-awake-at-midnight worries led them to do something about it. ♦