Literally the Best Thing Ever: Labelle

A Band-Aid for the soul. 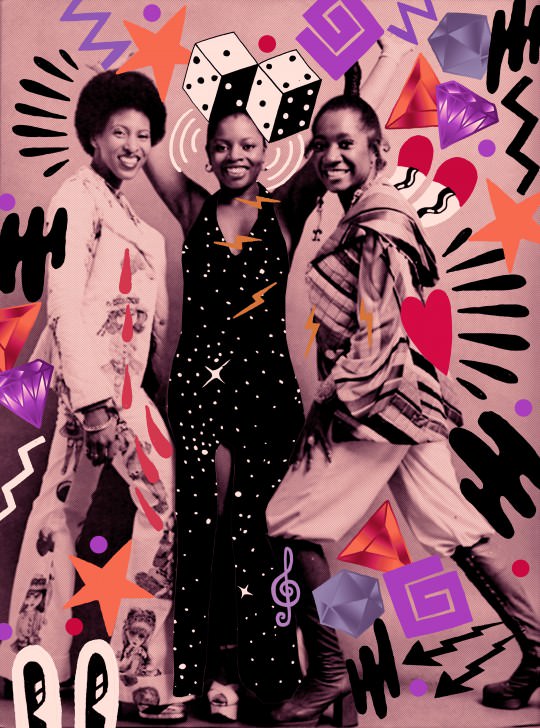 Somewhere around 1970, Patti LaBelle, Nona Hendryx, and Sarah Dash became Labelle. Patti and Nona had been sha-la-la-ing together in girl groups of minor renown since 1959, working the chitlin’ circuit and playing the Apollo. But they were getting dusted by the tail end of the ’60s, when rock & roll and British bands were sucking up all the attention. They needed to do something new. Dusty Springfield, a fan of the trio, foisted her visionary manager, Vicki Wickham, on them, and Wickham suggested a total reinvention. The trio dutifully abandoned their bouffants and demure girl-group sound for a funky, glam-rock-inspired, futuristic disco vibe.

Wickham got them a record deal, and, unlike most female vocal groups at the time, they wrote a fair amount of their own songs on their self-titled debut (and most of them on their subsequent albums, Moon Shadow and Pressure Cookin’). Those first three albums didn’t do much to make them famous, but the songs on them are deeply funky, socially conscious, and sexually liberated (“Touch Me All Over”). The Who and the Rolling Stones brought them on tour, but although critics raved about the records, none of them made very high on the charts: the world was not ready for them.

Then came Nightbirds, in 1974. That album included the #1 hit “Lady Marmalade,” with its randy refrain “Voulez-vous coucher avec moi, ce soir?” (which, as anyone who has made it past seventh grade French knows, means “Do you want to sleep with me, tonight?”). The record sold more than a million copies. In 1975, Labelle was the first all-black group to appear on the cover of Rolling Stone magazine. 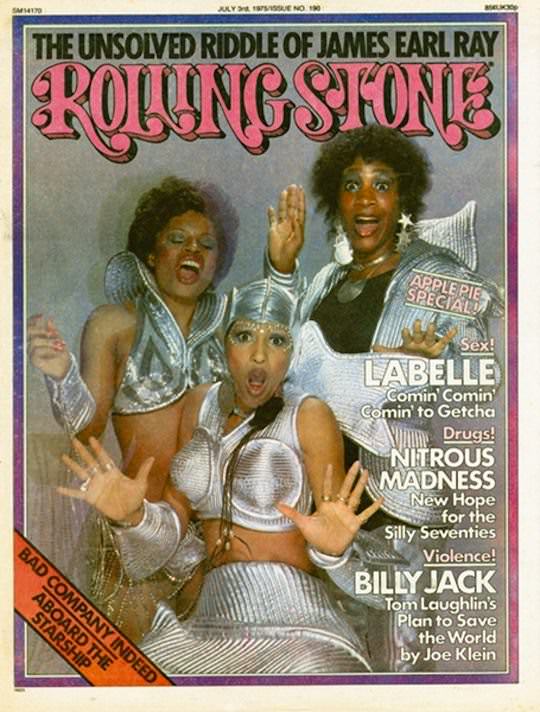 By then the band was indestructible: they’d been singing together for 15 years; they were backed by members of the funkiest band ever to come out of New Orleans, the Meters; and they had developed an onstage look that was futuristic and glam. Like, glam beyond glam. Like, outfits so conceptual they make Lady Gaga look like a mall chick in a Juicy Couture tracksuit and dirty UGGs in comparison. YES, REALLY. Head to platformed-toe metallics, cone bras, Technicolor feathers by the pound, boots that laced all the way up to their hot pants, dresses made of beads and shells, silver ridged bodysuits that look like they were modeled on a praying mantis’s exoskeleton, enormous plumed headdresses with six-foot-long feather trains. 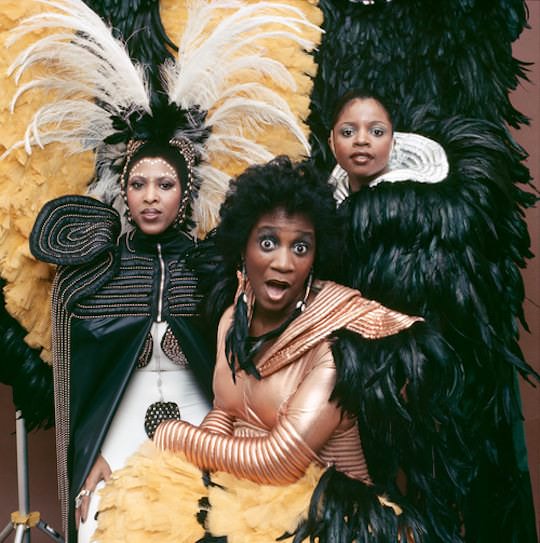 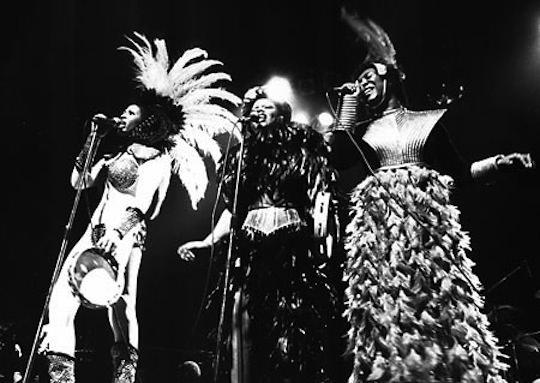 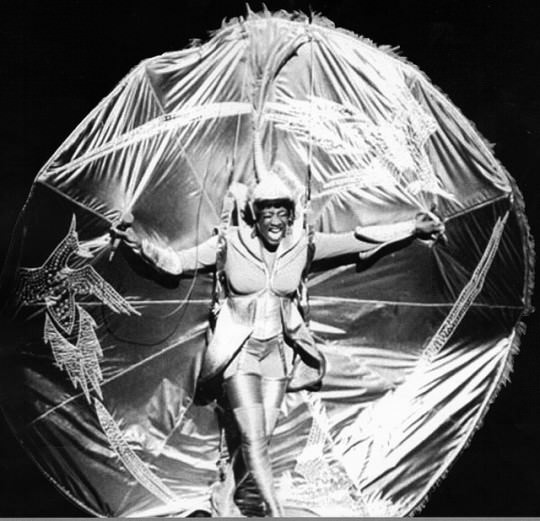 The second single off Nightbirds, “What Can I Do for You?,” is maybe my favorite song of theirs. “We need power! We need peace!”: It’s sexy gospel disco with a social message about lifting people out of poverty and loneliness, and ending the Vietnam War. It is ferocious. The breaks in the bridge are devastating—just drums, horns and three women taking their diva holler to the limit, singing as if their lives, or at least the night, depended on it. It’s as feelgood as dance music ever got, but Labelle were singing about life as it was lived, demanding love and dignity as human rights. They kept it all the way real: Nona Hendryx wrote the majority of the songs on Nightbirds—so they were true to a black woman’s life, not just some songwriting team’s approximation. The album’s closer, “You Turn Me On,” is a heavy-duty do-me ballad—and another successful argument that the sexiest thing you can say in bed is “don’t stop.”

Labelle made two more amazing records, both modest successes, but they never had a hit as huge as “Lady Marmalade.” They broke up in 1977, though they remained friends and still reunite periodically. Patti LaBelle had a major solo career for much of the ’80s and wrote a cookbook (she appeared on Top Chef a few seasons ago). Nona Hendryx has done all kinds of strangemazing stuff, singing backup for the Talking Heads, producing the Bush Tetras, and singing on Yoko Ono’s album Starpiece. Most of Labelle’s discography is available on the internet, and you can sometimes find copies of Nightbirds on vinyl. You should pick it up—you will wonder how you’ve ever managed to have a dance party without it. ♦