Last Night I Dreamt That Somebody Loved Me

The highs and lows of middle school romance.

A Heartbeat Drives You Mad 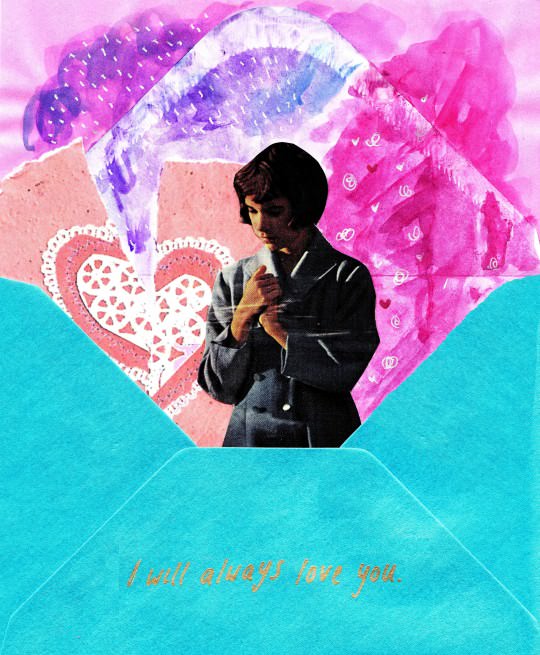 In middle school, romances are built and destroyed on the tiniest whisper of a nothing: a guy making fun of you harder than usual, or seeing a girl’s bra strap on the bus one day and its becoming a shared secret, or just an extra X or O at the end of a text. But that doesn’t make those relationships insignificant—in fact, when you’re in the throes of one, it feels like they make it mean more. My own middle school couplings have carried more weight in my heart than relationships with men I’ve shared pets with. The concentrated brew of newness, confusion, and hormones that we all experience at that age, while we’re trying out a very undeveloped, grown-up part of our brains, make these romances as intense as they are tissue-thin. This is a tale about one of those romances.

For weeks, Lewis* had been telling me about a girl at our school that he was secretly in love with. He wouldn’t tell me who she was, just that she was his “dream girl.” We were in sixth grade, and Lewis was my totally platonic buddy from homeroom and lunch. He spiked his hair with gel so that it always looked wet and wore a trench coat and a bolo tie with a plastic eyeball on it. He liked Ernest movies and sci-fi. At the time I was coloring my shoes with markers and watching a lot of old SNL, so our personal styles and life philosophies meshed nicely. I was a fairly happy, fairly unpopular kid, but I made friends with a small cluster of fellow oddballs, including Lewis. Together we made up our own solar system and didn’t need the popular people.

At the time I was way too tall and weird to be considered a viable “going with” option, but I was fine with that. My love life consisted of crushes from afar—the farther the better, because if one of my crushes actually spoke to me, it would shatter the illusion that he was totally perfect and certainly meant for me. (In middle school, crushes are as easily squelched as they are ignited.) I was obsessed with the idea of romance—I could speak at length about the relationships on shows like Moonlighting and Saved by the Bell—but since I wasn’t an actual player in that game, I became more like a curator and aider/abetter of romance for our group. I knew everything about romantic comedies, flirting, and who was dating who, and I helped my pals compose love letters and pick outfits for dates, while experiencing none of those things firsthand. So this “Lewis has a secret crush” thing was totally in my wheelhouse.

I pledged to help Lewis get his girl, but he begged off. When the time was right, he said, he would tell her himself. We all teased him about it in homeroom and he upped the ante by announcing that he would reveal his crush at the Valentine’s Day dance. Our group of outcasts were beside ourselves with excitement. This was drama. This was romantic. This was what grownups did, right? None of us could wait for the dance.

Finally the day arrived, and I showed up at the dance in a new dress from one of the “junior” stores at the mall: a black tank top connected to a tiered houndstooth skirt, with a matching houndstooth jacket—pretty slick for 1991. My friend Jenny and I decided to arrive together—in my middle school no one was expected to have a date, none of us had the confidence to walk in alone. We’d barely had time to check out the refreshment table when suddenly Lewis appeared at my side, in formal clothes. You can disagree, but I think that formalwear on middle school boys aways makes them look like they’re dressed for a funeral. But still, I was excited to see him, because this meant I would soon learn the identity of his secret crush!

I looked at him expectantly, and then he pushed a plastic box of roses into my hands. I heard our friends, clustered loosely around us, gasp. Holy shit, I was the secret crush!

“Emily, I will always love you,” read the card on the box. Whoa. This wasn’t vicarious romance via a TV show or a friend or my older sister—this was real-life romance that was happening to me, RIGHT NOW. Whatever I was supposed to do at that moment—swoon, kiss him, stomp on the roses?—I was too flabbergasted to discern. I knew, though, that I wasn’t supposed to laugh and go, “Whaaat?” which is what I actually did.

Lewis and I were the talk of the dance, or at least our tiny little corner of it. That afternoon (this was middle school, remember, so the dance started at 4 PM) we slow-danced, we held hands, we stared into each other’s eyes. We didn’t talk much. When you’re in love, I guess talking is pointless. As Lewis spun me around on the dance floor, I felt like the object of affection from the Cure songs I was singing to myself in my head to drown out the Color Me Badd and House of Pain tracks that the DJ was playing.

When the dance was over, our parents came to pick us up, and Lewis and I ducked behind a hedge near the parking lot to hug goodbye. I took that quick embrace as an implicit agreement that we were now going together. In the three hours that the dance had lasted, I’d gone from bemused curiosity about Lewis’s mystery crush to a full-blown obsession with this shrimpy, spiky-haired kid that I’d been friends with for a year—a dude I’d had drool contests with, and who regularly farted in front of me. A dude whom I now found to be the most gorgeous, most charming, sweetest human being on the planet.