Sex, drugs, and being nice. 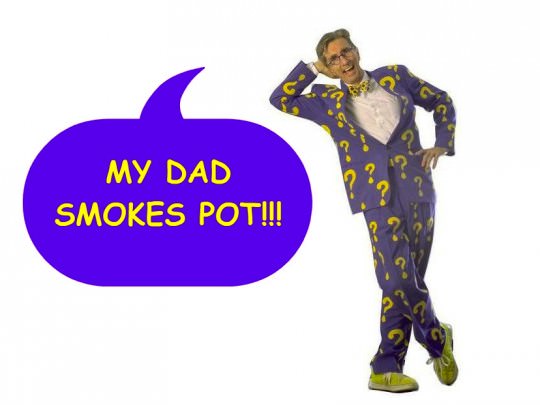 Is there any way to get pregnant from oral sex? Does a person have to actually ejaculate inside of the vagina to get another person pregnant? If not, what other ways could one accidentally get pregnant? —Lucia

In order to make a pregnancy happen, sperm has to meet up with egg and fertilize it. The egg is in one of your fallopian tubes, not in the vagina—sperm has to make it all the way through the vagina, past the cervix, and through the uterus to get to the egg (there’s a clear diagram here). The most direct way to do this is for a penis to ejaculate while it’s inside the vagina. The closer to that situation you are, the higher the chance that you’ll get pregnant.

If you’re asking these as research questions with the goal of developing a personal Absolutely No Pregnancies Right Now solution, lock it down by using two methods of birth control simultaneously (like the pill + condoms). Bonus fact: you don’t need penetration or ejaculation to occur to get STIs that can be transmitted skin-to-skin—this includes herpes (HSV), human papillomavirus (HPV), and syphilis. You can reduce your risk of getting one of those by using a barrier method like a condom or a dental dam, and also by getting the HPV vaccine, which all of you teenagers should get! —Lola

What’s the line between having a snarky, sarcastic sense of humor and being a dick? —Sophie

The line between seeming snarky and seeming mean is really all about context and your relationship to the people you’re joking with. For example, if I deadpan to my best friend, “I’d rather punch chopsticks through my eyeballs while listening to Nickelback than hang out with you,” she knows I’m joking because I would NEVER EVER feel that way about hanging out with her, like, ever. Our awesome friendship is a buffer for how mean that statement is. She knows I’m joking because I’ve already proven to her a thousand times that I don’t feel that way about her! But if I said that to someone I just met, I’d probably come off as a total dick.

If you’ve always been a little snarky, people who know you well will be able to pick up that you’re joking; but others might not understand your intentions. Saying “you look horrendously ugly in that outfit” doesn’t become a joke until you make it clear to the person that you think they actually look amazing in that outfit. Get it? Context.

You’ll know when people will think you’re being funny rather than mean. If you ever do make a super sarcastic remark that you mean as a joke but nobody laughs because they don’t know you’re joking (ooh, awkward), just immediately assure them that you’re just kidding around! Everyone will probably chuckle at the clarification and you’ll just make a mental note that maybe you’re not in the snarky-joke comfort zone with these people yet. But just keep being really, really torturously mean to people, and eventually they’ll get your quirky sense of humor! A joke isn’t funny until it’s making someone cry!* —Hazel

I have recently become aware that my dad smokes pot (I can smell it in the house when he does it). It is really distressing for me because I never thought he was like that. I feel jealous of my siblings, who don’t know, because they still see him the way I used to, as a hero. I’ve never smoked pot, because I thought my parents wouldn’t want me to, but now I wonder if I should try it to see what it’s like, because why would my dad, of all people, do it? I don’t want to be a closeted junkie like that when I’m older (I’m in high school now). It’s so pathetic. I can’t stop thinking about it and it’s upsetting me so much. What should I do? I can’t change my dad. —Anonymous

That moment when your parents stop being your heroes and start looking like regular old flawed human beings is really hard to take, isn’t it? But: (a) we all have to go through it on the way to becoming adults ourselves, and (b) what your dad is doing is not as bad as you fear it is.

I don’t know your father’s particular reasons for smoking weed, but I can assure you that a lot of adults do it. Six to seven percent of adults in the U.S. use pot every day, in fact, so it’s pretty normal. Would you think your parents were pathetic if they had a beer while they watched TV after work? Many adults use pot the same way, to wind down at the end of the day, and it’s actually safer than alcohol. It’s not like heroin or cocaine or meth—I’m sure his friends don’t think of him as a “junkie” (for the record, neither do I).

In most places, weed is an illegal drug, it is true. There are only a couple of states in the U.S. where it’s legal for recreational use—and a bunch where it’s legal for medicinal purposes. Which means that doctors can prescribe it. I mean, I know that doesn’t guarantee that it’s safe (doctors used to recommend specific brands of cigarettes, too), but it should at least let you know that people who have knowledge about the good and bad effects of different drugs have said that moderate amounts of THC, the active ingredient in pot, is not gonna kill you, and might even help you, depending on your medical condition.

Now, that’s all if you’re an adult, like I assume your father is. The effects of weed on teenagers are far less benign. You said you’re thinking of trying it yourself, and I don’t think it’s gonna hurt to try it once or twice, if you’re curious about its effects. But studies have shown that people who started regularly smoking pot before they were 16 performed worse on cognitive tests than those who started habitually using it later than that. Also super troubling is the study that linked regular pot use in your teenage years to a drop in IQ. Scary, right?! And since the frontal cortex of your brain—the part that’s responsible for kinda helpful stuff like focusing your attention, solving problems, controlling impulses, and inhibiting inappropriate behavior—isn’t fully developed till you’re in your early-to-mid-20s, I would err on the side of caution if I were you, or any teenager.

Finally, and most important: I really think you need to talk to your dad about this. He can tell you how and why he uses marijuana, and his thoughts about your wanting to try it, and his reasons for not talking to you or your siblings about it before. (He will also know to be more careful about when and where he smokes in the house, if he doesn’t want your siblings to find out.) He might not be an infallible hero anymore to you, but this is a good opportunity for you two to forge a new, more mature and honest father-daughter relationship. —Anaheed

I think I’m addicted to buying coffee. I go to the coffee shop when I’m sad, I go to it when I’m happy, and I even work at a coffee shop, so I’m just around coffee all the time. I probably spend $20 a week on my regular “grande latte for here.” I could probably figure out how to make a latte at home, but I love the atmosphere of the cafe. For some reason I’m super productive there and it’s super calming. But now I’m in a bit of a money sitch, and I can’t keep spending all my hard-earned cash on this!!! How do I will myself to stop/cut down? —Kat, high school

It’s good to have rituals, and a warm beverage can be a wonderful comfort, and the atmosphere of a great cafe can be inspiring. However, when it starts to get costly, the balance of stress vs. calm gets out of whack. It’s very good that you’re acknowledging that this is becoming a problem for you, and I think there are a couple of ways to handle this. You mentioned one of them yourself: you absolutely should learn to make lattes at home. I’ve actually found that cooking (and in my world brewing up a home beverage totally counts as cooking) is really good at clearing my head, so maybe this will fill a little bit of the void when you don’t let yourself go to the coffee shop. Here’s a home latte recipe that looks pretty simple, and here’s one I plan to try, as the Starbucks Pumpkin Spice Latte is my personal costly addiction.

I know that sometimes it just feels good to be around people while you’re trying to get work done. But there are cheaper ways to get that atmosphere—I know it’s really quiet and lacks that great coffee smell, but how about going to the library half of the time, and the coffee shop the other half? Or a community center? Then, in a few weeks, cut your coffee-shop time in half again, and keep going like that until you’re down to once or twice a week. While you are doing this, either set aside the money you’re saving each day in a drawer, or, if you’re in such a money sitch that you need to spend that cash, write down the amount you saved. After you keep track of this for a month or so, you will definitely be motivated to keep saving—at least that’s what I found when I stopped smoking. Try not to view this as self-punishment, though, but a way to find new rituals and to make your “grande latte for here” moments special, so you can really enjoy them when absolutely nothing else will do. —Stephanie