I Say to You Now 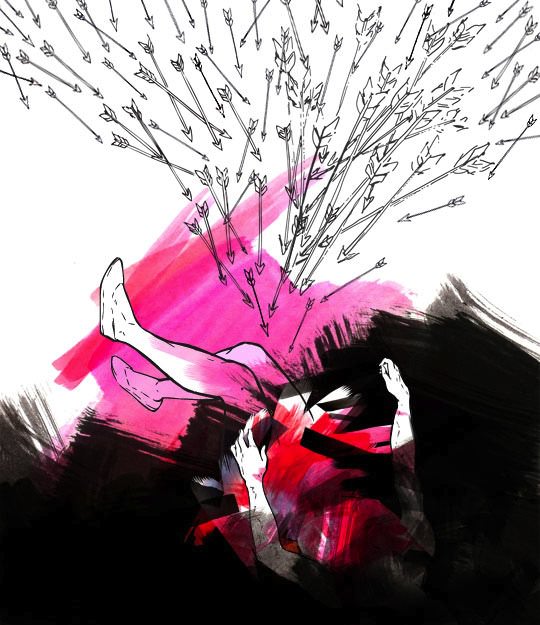 I was a poet before I was a screenwriter, but I don’t often mention that—I’ve met with a condescending nod or a roll of the eye once or twice. To some, poetry is an unstructured, schmoopy outpouring of emotion, but I never thought of it that way. To me, poems are mini stories. I had my first one published in a literary journal when I was 18—it was the greatest day of my life; I felt like an actual, real-life poet—and I’ve been writing poetry ever since. “Are You on the R*g?” is a response to a male friend who recently asked me that very question, which I couldn’t believe, except I could, because people have been saying that to dis girls since the beginning of time. “The Kiss” was born out of a fight I had with my boyfriend, and in writing it, I figured out how to forgive him—just because he isn’t perfect doesn’t mean he isn’t perfect for me. And “Pregnant Rock Goddess” was something I’d written for Courtney Love and Frances Bean in 1997, which I dusted off and revisited in honor of Kurt’s birthday this month.

Isn’t it my right to
break down in tears
in the middle of fourth period
wondering WHY GOD WHY
everything is so awful?
I am a human being
and this is what human beings do.
These are my feelings,
and without them I would be boring
and dull and lifeless
and that’s why
you’re jealous
because you can’t be
more
like me.