Why it’s absolutely necessary that you break your parents’ hearts. 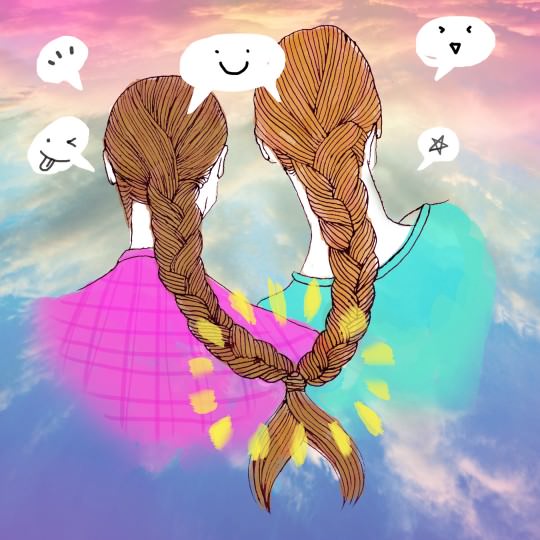 Right after I got my driver’s license in 1993, at the age of 16, as I was on my way to pick up my friend Stefanie after school, I took a speed bump too fast and cracked the muffler off my car. The car was a used piece of garbage, a navy blue 1982 Chevette that had been collecting dust in the driveway of the family I babysat for, and they were nice enough to give it to me for $100 and the promise of a few free hours of babysitting (learn to negotiate early, Rooks!). After that little accident, my car was suddenly very loud, VERY LOUD, and I was really scared to drive to my grandparents’ house, where I lived. I had no idea how serious the damage was nor how much it would cost to repair.

This was in A Time Before Cell Phones, so I drove the car to the nearest pay phone and called my best friend, who helped me concoct a story to tell my grandparents. Together we decided it was best for me to drive home, cut the engine a block or so from my house, and coast into the driveway. “Take the bus to school tomorrow or ride with me so no one knows what’s up,” she said. “Tell your grandparents you’re low on gas.” I took her advice, and it worked—until I took the car to the mechanic and got an $800 repair estimate and had to tell my grandparents, who first freaked way out, and then made me save up the money myself, which took months. I learned a lot from that experience about being self-sufficient and working to earn things, but the main thing I took away from it was that when I needed help, I was way more comfortable reaching out to my friends than to my family.

My reasons were complicated: I don’t, by choice, have a close relationship with my mother; and even though my grandparents were very cool to me when I was growing up, the generational difference between us made it hard for them to really understand my struggles, or know what to say in response. But even for those of you lucky enough to have really great, supportive families who try hard to understand you and give you what you need, there will eventually be things in your life that you won’t necessarily want to talk to your parents about—because they won’t understand, or the stuff just seems too personal, or because you know that their wonderful instinct to protect you will make it hard for them to actually listen to you. But these new life events are cool/scary/great/terrible, and we need to talk through them with someone who will understand where we’re coming from. More often than not that’s our friends.

I was OBSESSED with fashion when I was a teenager—I had learned to sew when I was young, and making clothes just felt like my DESTINY—but when I tried to talk to my grandmother about becoming a designer, she always countered with something practical like “That’s not a realistic career—you know that not a lot of people ever make money that way, right?” When I told her I wanted a job that would allow me to travel, because ever since I saw the movie A Room With a View I was in LOVE with the idea of living in another country, I got a speech about how much it costs to travel, and how there were better things for me to spend my money on. In both of these cases she was just looking out for me, I know, but her casual dismissal of my DREAMZ meant I never talked to her about them again. I was hurt that she didn’t want to know that creative, impractical, wild side of me, and ultimately felt like I couldn’t share that part of myself with my family at all. But I wanted to nurture those qualities in myself, so I turned to my friends, most of whom had similar dreams, and we supported one another.

As Tavi’s dad so sagely pointed out earlier today, teenagehood tends to be the most difficult time between parents and kids, because it’s when you are becoming truly independent human beings, and so you naturally start excluding your parents from certain information and from some parts of your life. At the same time, you’re sharing more of those things with your friends, and so you and your family feel this gradual shift in the balance of them vs. the world: a little less of you is “theirs,” and more of you is living outside of their house. That can be painful for everyone involved. It’s normal for you and your parents (or guardians, as in my case) to feel a sense of loss: they’re used to protecting you, and you’re used to having them to fall back on, but there comes a time when you have to stop depending on them and they have to realize that they can’t keep you away from every single thing in the big bad world. When I finally left my grandparents’ house for college, I’d call them about once a month to check in. Any time I’d tell them anything, however innocent, about my new life—e.g., “My friends and I went to an all-ages club last night”—their immediate reaction was: “Be careful. Who were you with? Be careful. How did you get home? Oh, and BE CAREFUL.” Again, I know they were trying to keep me safe, but being watched over from hundreds of miles away took the fun out of exploring new things, so I just started telling them less and less. Making choices without them was a pretty crucial part of my independence, and deciding whom I wanted to let in to that part of my life felt like the final nail in the coffin of my adolescence.

People who have known us all our lives often have a hard time seeing us for who we are right now. A lot of parents can’t acknowledge that we’re different from who we were a few years ago, or even a few months ago. Their version of who you are can get stuck at the moment they felt closest to you: when you were nine years old and you were selling Girl Scout Cookies together in front of the grocery store, or when you were 13 and they took you out for a burger after every home game. Listen, change is hard: it’s hard for them to admit that you’re changing all the time, because that means that you’re growing away from them, and that means they can’t protect you all the time anymore. Your growing up also means that now they have to change. They can’t just treat you as they always have; they have to find new ways to communicate with you, to take at least a modicum of interest in the sometimes hundreds of new things you like every month. And it’s not just them: it can be almost impossible for us to see our parents as actual people with their own lives, feelings, and dreams unrelated to us.

So, if you sense that your parents feel a bit hurt when you go straight to your room after school and Skype with your BFF for hours, but when they ask how your day is you just mumble, “fine,” and go back to your dinner; if you and your mom used to be SOCLOSE but now you’re fighting all the time for no apparent reason; if their name pops up on your phone and you don’t answer—don’t feel guilty. It’s OK—it’s normal—to turn away from your family for a period of time as a young adult. It may break their hearts a little, but parenthood is not about just watching you grow up, but also allowing you to grow up. You might need some space and time now to figure out who and what are important to you and what you want to accomplish, and to make some mistakes without worrying about backlash from your folks.

This adjustment period, if entered into in good faith and without too much guilt-tripping or unnecessary cruelty, comes with a prize at the end: once you’re past it (this is often after you leave home), you’ll be able to develop a NEW kind of relationship with your family, where you get to be an adult around them. I went out to dinner with my grandma recently, many many years after I’d moved out of her house. I told her about all the times I’d skipped school without her knowledge, and about some of the things my friends and I got up to in the city when we should have been in class (going to the Condomania store, sneaking into TV show tapings), and instead of admonishing me to “BE CAREFUL!!!” she laughed and said, “Oh, that must have been fun for you all!” This wouldn’t have been possible had I not spent some time away from her, cultivating my own relationships and experiences, living a life on my own terms. ♦