The Day the World Turned Day-Glo 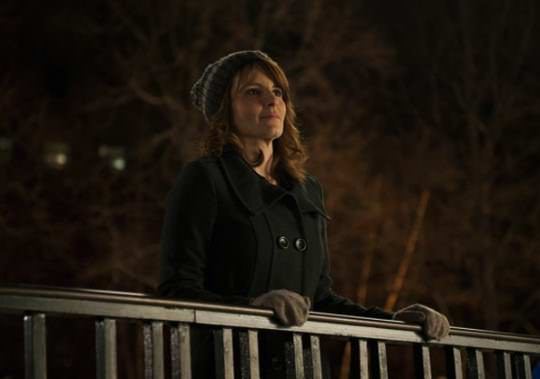 Last Thursday a bunch of Rookies and friends were having dinner, and at 8 PM we all held hands, closed our eyes, and observed a moment of silence for the death of one of our favorite shows. Then we went home and watched the series finale of 30 Rock on our computers and DVRs. The two of us recorded our reaction:

The next day we had an email conversation about our relationship with that show and its characters over the six years it’s been on, and our feelings upon saying goodbye:

SANDY: I didn’t start watching 30 Rock until the third season—and I didn’t like it at first. I was really excited that Tina Fey had her own show, but it aired right after The Office, and next to that faux documentary 30 Rock just felt weird to me—campy and fake. Which it was—that was the whole point!—but I didn’t get it at the time. I would watch like five minutes and then turn it off. That was four years ago! Watching the last episode made me feel really old, and really sad. God, it’s weird to talk about it in the past tense like this.

ALLYSSA: Watching the last episode was really emotional for me too. The show has been such a big part of my life. It even changed the way my friends and I communicated in high school—some of the show’s catchphrases weaved their way into our daily speech. I was a huge fan of Tina Fey’s since her SNL days, but I never expected this little half-hour comedy to have such an impact on me.

SANDY: The first episode I watched the whole way through was “Reunion” (season 3, episode 5), where Liz Lemon goes to her high school reunion and learns that she wasn’t a quiet nerd in high school, but a mean, angry bully. I remember right afterwards I yelled to my mom, “WE NEED TO WATCH THIS SHOW!” I was used to the old TV trope of the high school nerd who takes off her glasses and is suddenly hot, and everyone who made fun of her likes her, and we all learn important lessons about bullying and makeovers. But in this one the only “lesson” was that Liz realizes she was a bitch and a weirdo, and decides that’s OK with her. To me this was a way realer, and more valuable message: it wasn’t about changing who you are to fit in, but about accepting your weirdness and leaving it up to others to accept it too.

ALLYSSA: That’s a big part of why I relate to Liz Lemon, and what made the show so great. It acknowledged that it’s OK to want to stay home and eat your night cheese. On most shows, only men could get away with being that human; if a woman did that she was a “loser”—a character we’re supposed to laugh at and look down on—but on this one it was the main character, a female protagonist, being imperfect, and not in a “cute” way.

SANDY: I love that scene.

ALLYSSA: We made a list earlier of our other favorite Liz Lemon scenes; here seems like a good place to share them. In no particular order:

SANDY: Tina Fey has never been afraid of breaking rules. 30 Rock regularly messed with TV conventions: by embedding within it a dizzying rabbit hole of shows within shows; by mocking the very idea of continuity:

and by handling the awkwardness of paid product placements by making them as hilariously obvious as possible:

I also loved how Fey reused actors like Will Forte and Rachel Dratch in multiple roles, without explaining/caring.

ALLYSSA: Oh, I am still a little heartsick about Rachel Dratch, whom Tina Fey had cast as Jenna Maroney, but the network disagreed. I’m glad she still got to be on the show, though—her characters, like the blue monster and the cat trainer, are unforgettable. They made me feel like those prime early-2000s SNL years were back in spirit.

SANDY: Yeah, it kinda breaks my heart too. A lot of people don’t know that Rachel Dratch was supposed to play Jenna. They shot the original pilot with Dratch. If you watch it (which you can do here), you see how different the show would have been with her in that role—her version of Jenna was less obsessed with her image and more crazytown bananapants.

ALLYSSA: As much as I love Rachel, Jane Krakowski’s Jenna is completely hilarious to me. There is no other person I can imagine engaging in romantic mirror play with her fiancé, a Jenna Maroney impersonator played by Will Forte. And I mean, where would we be without Jenna’s song “Muffin Top”?

SANDY: We would be lost, wandering through life never knowing that Jenna’s muffin top is all that, whole grain, low fat. Jenna is so ridiculous, but like all the 30 Rock characters, we can’t help loving her. And even though she’s kind of an inside joke about self-obsessed TV actors, people like me, who aren’t part of that industry, understand what’s funny about her.

ALLYSSA: That’s another thing I really loved about the show. It could reach people on so many different levels. The character of Tracy Jordan is a multi-level joke in and of himself—he’s played by Tracy Morgan, and his plotlines regularly commented on things that had happened in Morgan’s own life. He is also possibly the most quotable character on television. I can’t count the times I’ve sung “Werewolf Bar Mitzvah” in daily life. Without TJ the dream of an EGOT would be unknown to me. If Tracy can do it, so can we. Goodbye, Tracy Jordan—we will eat a bowl of cherries and some ghost meat in your honor.

SANDY: I think the main thing that 30 Rock has taught me is that it’s OK not to go out all the time, and it’s OK to have fun by yourself. I think of it as the anti-Gossip Girl; living life to its fullest doesn’t have to mean being tall and skinny and going to clubs ever night. Sometimes it can be sitting in a Snuggie and eating cheese, it can be the salvation found in a sandwich and perfect dipping sauce (I CAN HAVE IT ALL!!!!). It’s OK to put every ounce of your soul into work that you care about. 30 Rock is the anthem of girls who don’t have everything handed to them.

ALLYSSA: I couldn’t have said that better. Liz, Kenneth, Jack, Jenna, Tracy, Griz, and Dot Com—these characters have wrapped me up in their weird little lives and have given me hope. They’ve taught me that it’s all right to find contentment in a Princess Leia costume, or from a scotch and a pensive stare out the window. It’s OK to be weird, to be angry, to laugh at your piles of loaded stress, and it’s OK to lose it so much that you do this, because at the end of it all these people were there for one another, and for us. Dad came back from buying his cigarettes. ♦