Separating fact from fiction when it comes to sex and other stuff. 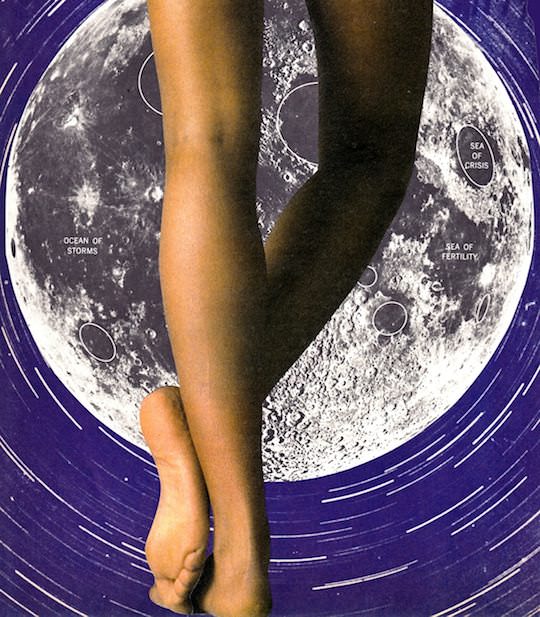 A couple of weeks ago, my editors asked me if I would put my skills as a nurse practitioner/sex-haver to use by debunking some of the most prevailing myths about sex and our bodies and other stuff that seems to generally cause confusion. I went to the Rookie clubhouse (a mythical place that should exist) and asked my fellow staffers to tell me what they’d heard/learned/feared over the years, which led to a pretty amusing discussion wherein all sorts of urban legends were trotted out: one girl heard that masturbating too much causes the vagina to dry out (nope); another’s mom told her that douching with Coca-Cola after sex would kill sperm (no, and also: sticky). Misinformation and rumors spread for all sorts of reasons, ranging from the innocuous (imaginations, y’all) to the seriously effed (authority figures who want to discourage sexual exploration by any means necessary), and I couldn’t possibly tackle everything in one article, but I tried to identify some running themes and set the record straight, because the truth matters.

OK, now on to the lies, in various Important Categories:

They are dirty and they smell bad.

That wet spot in your drawers throughout the day is your vagina cleaning house. Vaginal fluid helps to maintain a relatively acidic pH situation in your vag, which prevents bacteria from causing infection. How much discharge is “normal” varies widely from vagina to vagina, so you should familiarize yourself with what’s typical for you—that way, you can pick up on any sudden changes in color or volume or smell, which could indicate an infection. (Here’s a cheat sheet to help with that.) A healthy vagina is not odorless, and it’s not supposed to smell like roses either, so you don’t need to use any specialty products like douches to “clean” it—just water is good, and just on the outside, because it can take care of itself. If you prefer to use soap, use an unscented one that’s less likely to cause irritation—again, only on the outside! The inside is self-cleaning. Amazing, right? Your vagina has got it covered.

They stretch like a sweater after a lot of uses.

No! The vag is not like a sweater. (But if it were, mine would be one of these.) You don’t have to worry about it stretching with wear. It’s a muscle, and like other muscles in your body, it can flex without losing its shape. Frequent penetration, whether we’re talking large penises or hands or vibrators or anything else one might use for pleasure, does not change this fact, and nothing short of having a baby will noticeably alter muscle tone. Even then, this is not the case for every person, and the change is not usually dramatic or irrevocable—like any muscle, the vagina can be exercised by contracting and relaxing it (aka Kegel exercises).

A period is a geyser of fresh, red blood.

One Rookie said that she used to think her period would involve “beautiful red blood seeping sweetly out of [her] vag, and not sometimes incredibly dark to the point of looking poo-colored,” and another believed that once you started menstruating, the blood would “just keep gushing.” No. Here’s the deal: Most people get their period for about a week every month, or technically about every 21 to 40 days for about three to seven days at a time. But it usually takes three to five years after your first period for your cycle to become regular, and even then, it can be unpredictable if you’re not taking hormonal birth control. There’s also huge variation in the consistency of menstrual blood—your flow can change from light spots to clumps that resemble loogies, which usually form during the heavier part of your cycle. The blood can vary in color from bright red to almost black, and usually gets darker toward the end of your cycle, when it’s not being dispelled as quickly, so it’s not as fresh when it finally comes out. Despite apparently widespread fears of menstruation being like that scene from The Shining, you only lose about four to 12 teaspoons of blood during each round.

There are exceptions. If you’ve got a story like this one from Emma, where you’re changing your pad/tampon every hour because it’s soaked, or you’re experiencing a lot of pain, take her incredibly good advice and see a doctor. This could be the result of several issues—endometriosis, hormonal imbalances, cervical polyps—and treatments vary, so you want to relieve the discomfort and make sure that everything is OK.

Tampons will “take your virginity”…

As Jamie wrote here, only you can decide what constitutes “losing your virginity” (if you even want to define sexual experiences through that paradigm). Even going strictly by the “broken hymen = not a virgin” formula doesn’t work: not every person born with a vagina has a hymen, and if they do, it’s rare to have one that fully covers the vaginal entry. Hymens are different—most are ring-shaped, with openings that are large enough to accommodate a tampon without breaking. Actually, it’s rare for a hymen to “break” at all; it tends to stretch or experience minor ruptures from various activities, sexual and otherwise. The Swedish Association for Sexuality Education was so fed up with the myths surrounding the hymen that they campaigned to rename it the “vaginal corona,” and put out a great pamphlet on the topic.

Toxic shock syndrome is a severe bacterial infection that isn’t caused by tampons themselves, but can be associated with tampon usage in less than half of cases, because tampons can rub against the walls of your vagina, which allows certain dastardly bacteria to enter your bloodstream. One Rookie wondered if TSS was related to bad hygiene, but it isn’t—even if you accidentally leave a tampon in for a week, you will probably not develop TSS (less than one in 100,000 menstruating women per year do). You’re probably more likely to meet someone in a band called Toxic Shock Syndrome than you are someone who’s actually suffered from it, but it is a medical emergency, so in the unlikely event that you develop any of the symptoms—a high fever, red rash, vomiting or diarrhea, or low blood pressure (whose symptoms might include dizziness or fainting)—take out your tampon and head to the nearest ER. If you’re really apprehensive about TSS, you might consider switching to low-absorbency tampons, which are thought to reduce the risks by creating less friction, or you could try the Diva Cup, which Krista highly recommended here.

…or else disappear, never to be heard from again.

At the deep end of your vagina is your cervix, the donut-shaped entrance to your uterus (click here for clear photos). If you’ve never had a baby, the hole of the donut is about three millimeters wide. I ransacked my apartment to find something that was comparable in size, but nothing was small enough. (Maybe a really tiny bead?) Point is, tampons can’t get into your uterus, let alone float around the rest of your abdomen. It is possible to forget that you put a tampon in, or for it to get lodged in an area of your vagina that you can’t seem to reach, because your cervix changes position throughout the menstrual cycle, making retrieval difficult. If this happens, wash your hands, sit on a toilet, and bear down like you’re pooping, then do a sweep of the inside of your vagina with two fingers (read these steps for getting a tampon out like a ninja). If you still can’t reach it, trust me, you won’t be the first person to visit a doctor or healthcare provider for a lost tampon.