Inspiring in every way.

The Harlem Renaissance was a cultural explosion that celebrated and elevated African American poetry, art, and music. Between 1918 and 1937, against the backdrop of American segregation and white supremacy, black playwrights, novelists, actors, poets, and musicians rejected commonplace minstrel acts and racial stereotypes and defined their identities on their own terms. Harlem, a large neighborhood in the northern part of New York City, was dubbed “the Black Mecca” because it became the center of the action, attracting a community of the most influential black intellectuals, activists, artists, and entrepreneurs during a hopeful period of promise and prosperity (which would eventually be compromised by the harsh economic reality of the Great Depression).

Before the slogan “Black is beautiful” emerged during the Black Power movement and afros became a political and social statement about self-determination and empowerment, the ideas and art of the Harlem Renaissance helped establish cultural pride and develop an identity that embraced black history, rather than erase or deny it. Harlem’s club scene and salons attracted mixed audiences and inspired some unprecedented (and sometimes controversial) partnerships between white philanthropists and the black creative community. At the same time, the widely accepted racism of the time resulted in some clubs hosting jazz and cabaret shows exclusively for whites, while other patrons exploited the richness of the era by appropriating it for their own gain.

Ever since I discovered Langston Hughes in high school, I’ve been fascinated by all of the treasures of the movement, like Wallace Thurman’s The Blacker the Berry and chorus line-dancing. Most of all, I’ve been inspired by the trailblazing women who helped shape the legacy of the Harlem Renaissance. In my feminist studies classes in college, I learned about often-overlooked movers and shakers like socialite A’Lelia Walker, Nina Mae McKinney (aka “the black Garbo”), and singer Ethel Waters, whose refusal to be confined by racist and sexist conventions resonated with me as I pondered my own place in the world. The women of the Harlem Renaissance didn’t allow their magnificence to be undermined by prevalent attitudes about the “inferiority” of black culture/beauty/thought; even their outfits, more often than not DIY’d, embodied grace, power, and creativity. 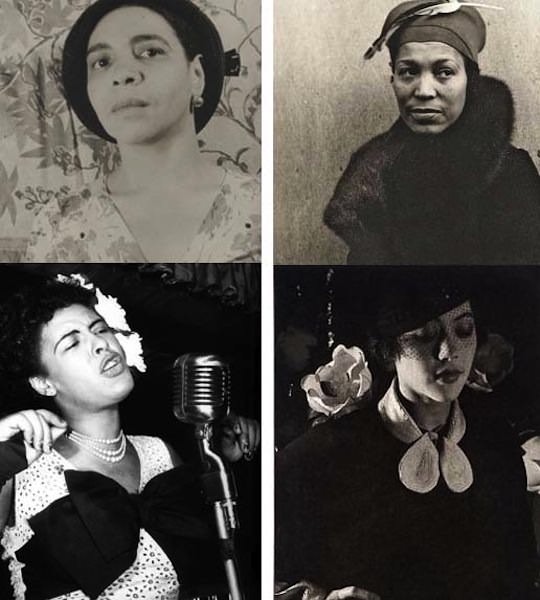 Fredi Washington starred in the 1934 film Imitation of Life and gained critical acclaim for her powerful performance as a young black woman who passed for white and used that to gain privileges and opportunities in a racist society. When asked by a reporter the following year about whether she would try to do the same thing in order to get more film roles, Washington said: “I have never tried to pass for white, and never had any desire. I am proud of my race.” Her signature style included smart netted hats, elaborate collars, and bows in her bobbed hair.

Nella Larsen was a multiracial novelist, librarian, and nurse, and my absolute favorite Harlem Renaissance writer. When I read her books Quicksand and Passing, I fell in love with her honesty, and most of all her ability to articulate the complexities of race and gender in an accessible way. Due to her half-Danish background, Larsen spent significant time in Europe as well as New York. Her cosmopolitan sensibilities were reflected in her practical yet unusual attire, which included drop-waist dresses with floral prints and polka dots, prominent bows, hats, and pearl or chandelier earrings.

Billie Holiday, aka Lady Day, was a jazz vocalist, songwriter, and pop culture icon who wrote and performed several famous jazz standards, like “Don’t Explain” and “God Bless the Child,” and made history with her strong but vulnerable voice. Holiday is also remembered for her elegant cocktail dresses, feathered and flowery fascinators, shimmery frocks, and impeccable chignon.

Zora Neale Hurston was a writer, folklorist, and anthropologist who once said: “Sometimes I feel discriminated against, but it does not make me angry. It merely astonishes me. How can any deny themselves the pleasure of my company?” The writer of Their Eyes Were Watching God personified fearless confidence. She almost always wore a statement-making hat and adorned herself with fur collars, beaded necklaces, sparkly tops, and large belts. 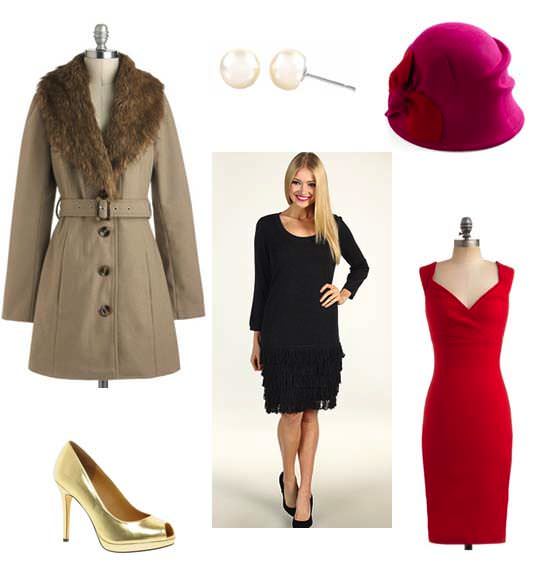 If you want to achieve any of these looks, my first tip is: be resourceful. Get to your nearest craft store and purchase a BeDazzler, a glue gun, feathers, headbands, fake gardenias, and some rhinestones to make your own hair fascinator. Otherwise, ASOS and Urban Outfitters have affordable alternatives. Also, make sure you invest in some BIG pearl earrings.

Because of their busy lives, the Harlem Renaissance ladies needed to be resourceful. If you’re working all day at a literary magazine, attending a salon, and then dancing the night away to Duke Ellington, you need to have a shiny pair of shoes at your disposal, and a garment that moves with you. And in the colder months, you can keep warm with this Zora-inspired coat and an ear-covering cloche.

Finally, the dresses. This floral number from Etsy evokes Nella Larsen’s shifts, and I love its casual beauty. But something like this drop-waist fringe dress from Calvin Klein would be more appropriate for a night of jazz and Lindy-hopping at the Savoy Ballroom. And if you want to get fancy and channel the one and only Lady Day, this figure-hugging red dress recalls her show-stopping glamour. And the distinctive V-neck and purposefully placed bow on this dress by BHLDN makes me wonder if Billie Holiday was the designer’s muse. 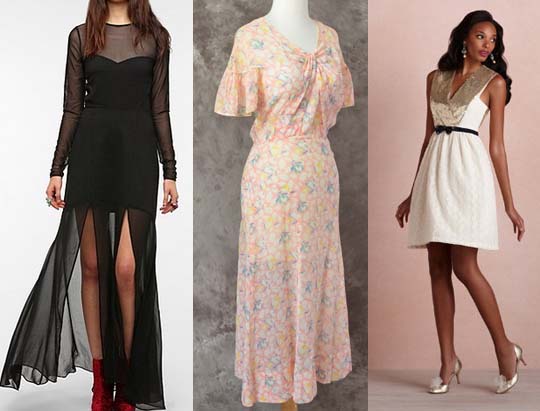 I’m a fan of adopting Harlem Renaissance style as a way of giving credit where credit is due; and the fact that these ladies refashioned the looks of their day to create their own identity inspires me. Maybe it will inspire you as well. ♦