Once Upon a Time

The secret history of fairy tales. 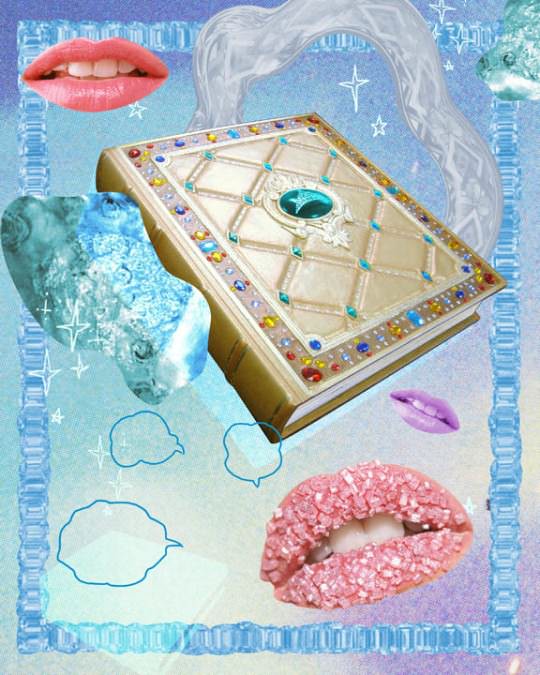 About 10 years ago, I adopted one of the dorkiest imaginable of all human hobbies: reading about fairies. It started with a book I had picked up at the library for a research project—At the Bottom of the Garden by Diane Purkiss (if that doesn’t sound dorky enough for you, let me tell you the subtitle: A Dark History of Fairies, Hobgoblins, and Other Troublesome Things)—and gathered steam from there. I read Yeats on Irish mythology, contemporary storytellers on fairy lore and superstitions, and basically anything else I could get my hands on.

What addicted me to these books was that they revealed something to me that was absolutely fascinating, and that I had not previously heard: originally, long before Shakespeare’s Puck and Ariel, before Tinker Bell, and way way before Francesca Lia Block’s pastel fantasies, fairies were goddamn terrifying.

The idea of fairies, I learned, probably goes back to ancient Greece and Mesopotamia, and before the 19th century they weren’t pretty, tiny, winged girls who grant wishes and sprinkle magic glitter hither and thither—they were more like murderous kidnapping demons that eat babies. (The word fairy comes from the Latin word for the Fates, i.e., supernatural creatures who decide if you will live or die.) I also learned something even cooler: fairies, and the tales about them, are one of the oldest and most powerful secret codes that women have used to explain their lives.

Let’s backtrack a bit. First: fairies are not fictional characters, like Harry Potter or Captain Kirk, created from whole cloth by individual writers. Fairies are myths, like Zeus, or ghosts—people used to literally believe in them, and stories about them have been around so long that it would be as impossible to figure out who wrote the first fairy tale as it would to determine who told the first ghost story. The older the stories are (and the closer to a time when people actually believed in fairies), the more powerful and threatening the creatures tend to be.

For example: Tinker Bell, from J.M. Barrie’s 1904 play Peter Pan, comes by night to sprinkle pixie dust on children and enable them to fly to magical places. Puck, as rendered some 310 years earlier by Shakespeare in A Midsummer Night’s Dream, is a fairy who ensorcells people in their sleep. He is basically helpful, but will sometimes “mislead night wanderers, laughing at their harm.” But Shakespeare didn’t invent Puck—the fairy started life in early Celtic and Norse folklore as a horse, called a puca or puki, that appears at night and tricks people into riding him, then takes them on long, dangerous rides from which they cannot escape. In some variations of the “fairy horse” myth he drowns his passengers, or eats them. (Incidentally, puki was a Viking term for the devil.) All of these are stories about magical creatures who show up after dark and lead you away from home, but the older the story is, the scarier that idea gets.

Fairy stories are horror stories, which are parables about real-world dangers—their monsters tend to symbolize whatever a given culture fears most at that time. Frankenstein is about the fear of science gone too far. The Exorcist is about the fear of girls going through puberty, and Dawn of the Dead is about fears of mindless consumerism. Vampires are amazingly adaptable; through the years they have represented such diverse menaces as the aristocracy, disease, and sex. Stories about fairies began during a time when the world seemed, to most people, to be subject to powerful, unknowable forces that could either help you or wreck your life, according to their whims.

But fairy tales are also fables; each comes with a lesson attached. And when you read a lot of them, as I did, you start to see that most of those lessons are warnings about the real-life horrors faced by girls.

There were stories about young girls (and particularly handsome boys) being seduced by the King of the Fairies, and having sex with him; and stories about girls being carried off by a young, good-looking stranger (who turns out to be a fairy) on a horse, and either never coming back, or coming back “cursed.” The moral: never trust a stranger. There were stories about fairies who are especially attracted to pregnant women and newborn babies—so, maybe keep an eye out for pregnant women and babies.

Women told these stories to one another not just to entertain, but also to instruct and explain. Since, conveniently, a lot of people at the time believed these stories might just be true, they also provided really good alibis. Let’s say your family has somehow discovered that you’re not a virgin. If you had sex with a guy, you’d be in trouble. But what if it was the King of the Fairies who led you astray? No one could blame you for being the victim of such a powerful, dangerous creature. Or let’s say you had a baby, but you didn’t want to have it, and there’s no such thing yet as reliable birth control or safe and accessible abortion. Well, it turns out the fairies stole your baby and replaced it with an evil duplicate, and your only option is to leave the evil baby in the woods and hope that the fairies switch the babies back. If not, you won’t find a live baby—but it’s not your fault; everyone knows that fairies are cruel.

These are harsh stories, but they come from a harsh time, in which being a woman was even more dangerous than it is now. If there’s a common message to all these stories, it’s that there are things in this world with more power than you; danger is all around, so watch your back.

The fairy tales we tell today, the ones that are made into Disney movies and rom-coms, are different. They don’t tend to involve capricious demons that can curse you at will, for no apparent reason at all except for fun. They don’t teach you how to deal with an unwanted pregnancy, or a wanted but not sanctioned sex act. The standard feminist take on modern fairy tales is that they have one job, and they’re really good at it: teaching young ladies that they should just sit there and be really nice and pretty and eventually they will marry a rich man. Sleeping Beauty, for instance, is so pretty and nice that even when she’s in a coma a dude wants to marry her. Her only task in life, literally, is to lie there and wait for a guy to show up.

We get a lot of these stories through the work of Jacob and Wilhelm Grimm, German brothers who made it their life’s work to collect and record old European folktales. Maybe you grew up with their two-volume set Grimms’ Fairy Tales, which includes such classics as “Rapunzel,” “Cinderella,” and “Snow White.”

They did this work during the 19th century, when women were taught to be pretty, nice, and passive (I mean, even more than we’re taught that today). So it’s not that surprising to learn that when they were collecting their fairy tales, the Brothers Grimm made some interesting choices: including loads of stories where girls are rewarded for being nice and passive, and punished for being anything else; and leaving out a ton of old German folktales about active, more heroic girls. But if you look closely at even the stories that made it into Grimms’, you’ll notice little girl-friendly messages peeking through the narratives that the bros weren’t able to completely erase.

A bunch of the Grimms’ stories have a common narrative arc: There is a very nice girl who does all of her chores and works very hard and always makes the right decisions. Sometimes, this is enough to save her, and she gets to marry a prince, or a king, and live happily ever after. But very often, there’s a point where she meets a wise older woman who gives her the tools or the instructions she needs to survive. So it’s not the dude who saves her; it’s a old matriarch, passing down information—hey!—which is how these stories began in the first place.

Like, in the story “Mother Holle,” which comes from an ancient German myth, a nice, poor, hardworking girl gets dumped into a well by her family for losing a spindle. Down in the well, she meets a magical old woman who asks her to do some chores, and when she shows herself to be a hard worker, the old lady not only releases her but also magically makes her rich. (Side note, her family can suck rocks.) While “The Goose-Girl,” on the surface, is a horrifying parable about how servants should know their place (summary: a princess’s chambermaid tries to take the princess’s place but don’t worry, everything is righted at the end—the princess marries a king and the chambermaid is violently murdered). But ho, what’s this? The only reason the maid is able to steal the princess’s identity in the first place is that she has snatched a handkerchief that holds three drops of blood from the princess’s wise old mother; without that handkerchief the princess is literally powerless. It’s only when her mother’s blood is returned to her that she can even be recognized again. So while her “reward” might be marriage to a rich dude, her power comes from an older woman. And then there’s “The Devil and His Grandmother,” in which we learn that even Satan can be defeated, if you obey his very nice grandma. (Apparently those ancient storytellers didn’t care much about subtlety.)