A loosey-goosey attempt to separate fact from fiction.

In a quest to uncover the truth behind several myths—theories, urban legends, and alleged home remedies—that I’ve heard about over the years, I played lab rat and ran a few tests at my house. I am not a scientist. I took high school chemistry. Unlike those of the crew on my beloved MythBusters, my methods were pseudoscientific, and my results merely anecdotal (though personally satisfying).

1. Eating a burrito before bed will give you nightmares. 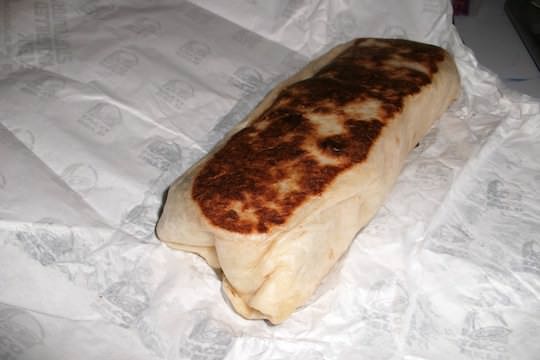 The myth: My mom once tried to stop me from eating a late-night burrito. “It will give you nightmares,” she said. I thought that she was joking, but apparently there is a connection between eating food right before you go to sleep and having bad dreams. (According to this article, a big bedtime meal disrupts your sleep patterns, which can affect your dreams.) Being a burrito enthusiast, my mom’s warning did nothing to hinder my eating pleasure, and I don’t recall having had any nightmares that night. But to be honest I didn’t go to sleep for a couple hours after eating it, so I wanted to give this experiment another shot.

The verdict: After eating a Taco Bell XXL Grilled Stuft Burrito right before bed, I dreamed that a person in a cape was punching my hip over and over again and trying to take my Halloween candy. I don’t think that qualifies as a nightmare, but I did feel anxious throughout, which makes me think that there is something to this theory.

2. Putting toothpaste on pimples gets rid of them. 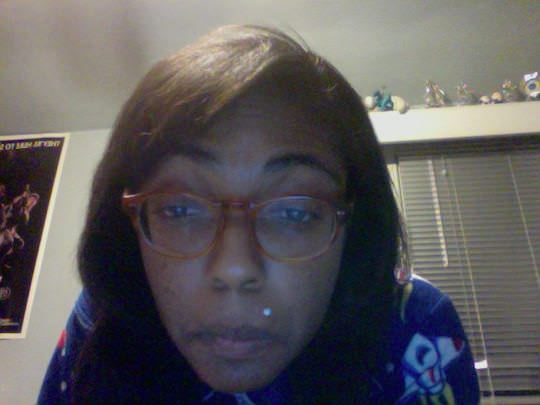 The myth: You weren’t cool at my middle school unless you were putting toothpaste on your pimples. Not that we walked around the halls with white dots on our faces, but the popular wisdom of the day was that if you applied it to your zits at night, the toothpaste would dry out those bumps while you slept and they’d be gone (or at least a lot smaller) by morning. I made this practice part of my nightly ritual, but I can’t recall how effective it was. I imagine it must have worked at least a little, or why would I keep doing it? To fit in? I kept this up until high school, when I began getting clusters of zits instead of the occasional blemish. Because of a feeling I had that it would be weird to slather toothpaste all over my face, I started using actual acne medications.

The verdict: Seeing that a new, massive pimple sprouted right above my lip earlier in the week, I decided to give the toothpaste a whirl for old times’ sake. I put a tiny bit on my pimple—I don’t know if it makes a difference or not, but I used Crest with cavity protection—and went to sleep. When I woke up the next morning, my pimple was bigger! However, it had come to a head and basically popped on its own as soon as I washed my face. So did the toothpaste make the pimple disappear? Yeah, in a manner of speaking. The pimple is gone-ish—I still have the scabby remnant. I guess this worked. Sort of.

3. If you say her name enough times, Bloody Mary will appear in your mirror. 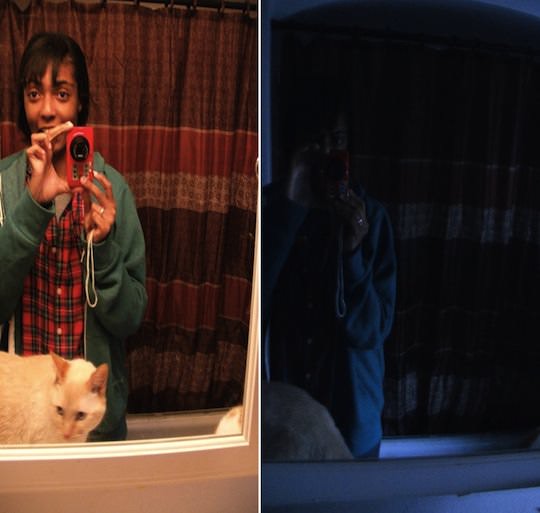 The myth: Having been introduced to it an impressionable age, the Bloody Mary legend is so ingrained in my psyche that I never even look at the mirror when I have to go to the bathroom in the middle of the night for fear that some spirit will show up on the other side of the glass and stare at me while I pee. If you aren’t familiar with the story, Bloody Mary is this ghost who shows up in your mirror—presumably covered in blood—when you say her name multiple times (I’ve always heard that it was 13 times, but there may be some regional or historical variations on the number). What’s supposed to happen when she appears is a mystery to me. I’ve read that it could be something relatively innocuous, like presenting you with the image of your future spouse, or bringing you some bad luck. I’d always assumed, though, that death would be the consequence of summoning her, and witnessing people perform the ritual without dying somehow didn’t stop me from believing this. The invocation is usually attempted at night in a darkened bathroom during a sleepover or at camp—essentially, it’s a scary game that allows otherwise typical kids to experiment with necromancy.

The verdict: I know that Bloody Mary doesn’t actually exist—I’m rational, I understand science, I realize that mirrors are reflective surfaces and not ghost portals—but I was still kind of scared to do this. I called Bloody Mary first with the lights on, and then with the lights off. Both times I had my cats with me for emotional support. And I totally saw Bloody Mary. She’s actually super chill and not as bloody as you’d think. No, JK, I didn’t see anything. Myth officially busted. 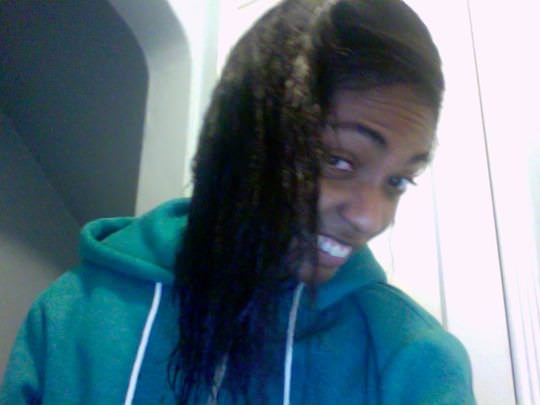 The myth: I’ve heard two different theories about wet hair. One is that you’ll catch a cold if you go to sleep with wet hair, and the other is that you’ll catch a cold if you go outside with wet hair. One potential explanation for both of these myths is the belief that fluctuations in body temperature make our bodies more susceptible to catching the common cold virus (which also appears to be a myth). So if your hair is wet, then your head is probably cold, and that would make your body cold, and then it’s “hello, human rhinovirus.” Another possible explanation involves the Freemasons, every branch of the government, and hair-dryer manufacturers in an international conspiracy to keep people from letting their hair dry naturally.

The verdict: I’ve gone to sleep without drying my hair many times and the result is usually just frizzy, matted hair and a large damp spot on my pillow—but never illness. So I’ll go ahead and say that this myth is busted. I wouldn’t necessarily doubt a person who said that she was constantly getting sick after going to bed with wet hair, but to rule out all other possibilities, I’d also tell that person to set up a camera in her room before bed, because I have a sneaking suspicion that someone is sneezing on her face while she’s sleeping, and her problems are much bigger than wet hair.

I also go outside with wet hair three or four times a week, yet I only get one or two colds per year. Admittedly, I’m horrible at math, but if there is a link between wet hair and the outdoors, then I should be sick more often, no? But I wanted to play around with this one a little more, and at the risk of my health (and in the interest of wasting time), I walked around my neighborhood in the evening in 48-degree weather with sopping wet hair. I did this for about 10 minutes, and I even touched a street pole to get my hands nice and germy. The immediate result of this jaunt was that my ears became so excruciatingly cold that I swore I had an ear infection. But once I went back inside, the pain went away. It’s been a week since this experiment, and I haven’t gotten sick. 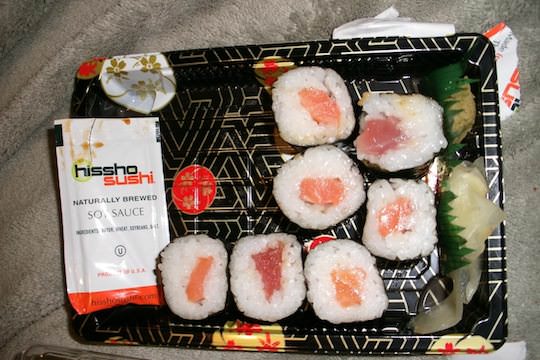 The myth: “Fish is brain food,” my mom used to say. I don’t question the wisdom, particularly because research has shown that the omega-3 fatty acids (my favorite kind of fatty acid, if I had to choose) found in fish boost brain power, but the way people talk about fish and brains, you’d think that simply eating a little tuna would instantly make you smarter. So what I’m testing here isn’t the veracity of the claim, but how it can apply to everyday life—specifically if it will make me better at online Boggle, a game that requires players to create as many words as possible out of a 4×4 grid of jumbled letters within three minutes, and which I’m horrible at.

The verdict: The tuna and salmon that I ate was top-notch, supermarket sushi. You know, the kind that’s been sitting in the refrigerated section all day long and is only a couple of hours away from being thrown out? But before I did that, I played three rounds of Boggle, using the first two rounds as a warm-up and then basing my word-building skills on the points that I earned during the third round. In the pre-fish game, I scored 19 points. In the post-fish game, I came up with an impressive list of four-letter words like note, fine, and tole. I scored a whopping 25 points—still crappy, but it does seem to suggest that eating fish can slightly improve your Boggle game.

Now that I’m finished with these experiments, I’ve been thinking that it would be amazing if I were able to create my own myth that would be passed down from generation to generation. It would be something harmless but bizarre that could never be totally debunked. Here’s an idea: you guys, sleeping on your side decreases the potency of morning breath by 50%. Spread it around. These things have to start somewhere, right? ♦