Let nothing stand in your way. 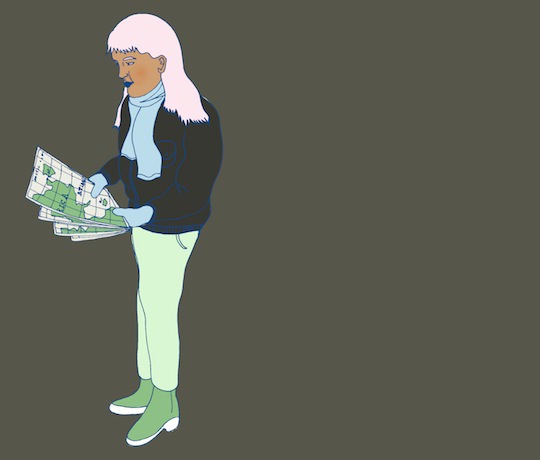 Compliments are great. They give us a lift, brighten our day, make us feel accepted and appreciated. The whole world loves them, and lots of people use them as a shortcut to get to know someone, which is usually a sound strategy. Say it’s hard to make conversation with a girl you just met? Compliment her shoes/book choice/nail art/ability to belch loud enough to be heard in a crowded auditorium—anything that you honestly like about her upon first impression. She gets some recognition, you come across as friendly, and everybody wins!

Except it’s not always so easy. Maybe someone compliments a dress of yours that you HATE and only wore because you haven’t done laundry in a month. Maybe the attention makes you nervous or uncomfortable. Maybe you feel like no one ever flatters you, so when a girl with amazing style tells you she likes your sweater, you are deeply suspicious that she’s making fun of you. None of this matters, because unlike many areas in life involving social etiquette, compliment-giving and -receiving do not exist in a gray area. There’s a right and a wrong way to handle them.

If you’re getting a compliment, no matter what it is, the best possible answer is: “Thank you.” The end. Even if you don’t believe the compliment, be graceful and gracious and just say those two words. If you say, “Oh, this? I’ve had it for years, I kind of hate it,” you’re basically telling your flatterer that they have crappy taste. If you say, “Really? I kind of feel like my singing voice sounds like a high-pitched squirrel’s,” it seems like you’re fishing for a second compliment.

If you’re giving a compliment, mean it. It won’t come off very sincerely if you half-heartedly praise someone when you just can’t think of anything else to say, or if you actually hate something and are just so startled by it that you offer a, “Wow, are those…oh, rubber cowboy boots? Interesting.” (Mothers are awesome at this.) Girls can smell a fake compliment from miles away, so let’s be true to one another.

You’re at a friend’s house, and you need to poop, so you do. You flush, and then you notice…it’s not going down. Ohhhh no, it’s not going down, ohmygod the water is rising, OHMYGOD IT’S GONNA OVERFLOW!!! THERE’LL BE TURDS EVERYWHERE AND AHH THE HUMILIATION.

OK, steady! Breathe! I will not let this happen to you. Here’s what you do: if the level of water in the toilet bowl is higher than usual but no longer rising—like the toilet just won’t flush, but there’s still “stuff” in it—find the toilet plunger, which should be next to the toilet, put the plunger over the hole in the bowl, and push it up and down a few times. This will make a sick suction noise. Usually the toilet will clear in just a few seconds, and then flush normally. (Yes, this means the toilet plunger will touch your poop and pee. That is its lot in life. Rinse it off in the clean toilet water, and put the plunger back where you found it.)

If the water is already at an alarmingly high level and rising rapidly and with no sign of stopping, DUDE. Take the lid off the back of the toilet RIGHT NOW (it’s heavy, look out!) and set it down anywhere. Then reach into the cold toilet water (ick, I know, but it’s clean, I swear), and lift up the float. The float is the thing inside the toilet that looks like a black balloon. The second you lift this up, the water will stop running. Keep holding the float up, and bend down to where the pipes connect the back of the toilet to the floor. See that little valve? Turn it to the right to shut it off. Now the water has stopped running; the toilet cannot overflow, so let go of the float. Find the plunger and give the toilet a good plunging. The water level in the bowl should start going down. When it’s down to a level that looks safe, turn the water back on, and you should be good to go. Crisis averted. And aren’t you handy?

3. Getting Away From a Stranger Who Is Scaring You

Chances are, at some point, you will be in the same immediate vicinity as someone who is either deliberately behaving in an alarming way—like a guy on a crowded train who is touching you in a manner that doesn’t seem accidental—or behaving in a frightening way because they are mentally ill.

Let’s say you’re on a bus and some guy is ranting, yelling, or otherwise acting outside the range of accepted social behaviors and making everyone uncomfortable. He is making you nervous, but not targeting you personally. This is the kind of situation where most people will sit tight and try to ignore what’s happening, and if you feel safe in the crowd and the person is not being violent, you could choose to do the same.

But that doesn’t always happen. Situations change quickly. Let’s say the guy decides to get in your face and start yelling, or sidles up next to you and starts making sexually harassing remarks that no one else can hear, or touches you, or calls you a bitch because you won’t talk to him—the list of what a person can do in public to make you seriously uncomfortable, furious, embarrassed, and scared is long. This is not a situation where you sit tight and ignore the person. Y’all, if a person is scaring you, or even staring weirdly at you in a way you don’t like, GET UP AND MOVE.

If you’re taking public transportation, move to another part of the bus or to another train car, or get off at the next stop (as long as there are people around and the person isn’t following you). If you’re in a store or a place of business, tell an employee, leave the place (only if there’s somewhere safe for you to enter close by), or, if you feel really scared, call the cops. Don’t worry about being rude—this person has forfeited all rights to polite interaction. If you feel physically threatened, don’t hesitate to loudly announce it to the people around you, which sometimes embarrasses a harasser into leaving, and alerts everyone else that they need to watch this guy. It’s sad that we live in a world where we have to think about stuff like this—I mean, why should you have to move at all? Ugh. But no matter how unfair or infuriating it is, you can’t necessarily count on other people to help you, so it’s best to have a plan of action.

4. Knowing What to Spring For

There are things in life you can buy at the dollar store or find abandoned in alleys and take home. Then there are things you might think about spending a li’l money on, because quality actually matters. Everyone’s list is different, but here are some loose guidelines.

Things you should never take for free:

Things you can buy cheap or thrift: almost everything! This includes hard furniture, room décor, glassware, clothing, and bags. If you’ve never been in a Dollar Tree, your life is about to change.

Of course, it’s OK to splurge on anything, if it’s your money and you’ve budgeted for it. Just don’t confuse “affording” something with putting it all on a credit card.