I Know What I Don’t Know

I could fill a library with the books I’ve told people I’ve read.

Make Your Own Starry-Night Necklace 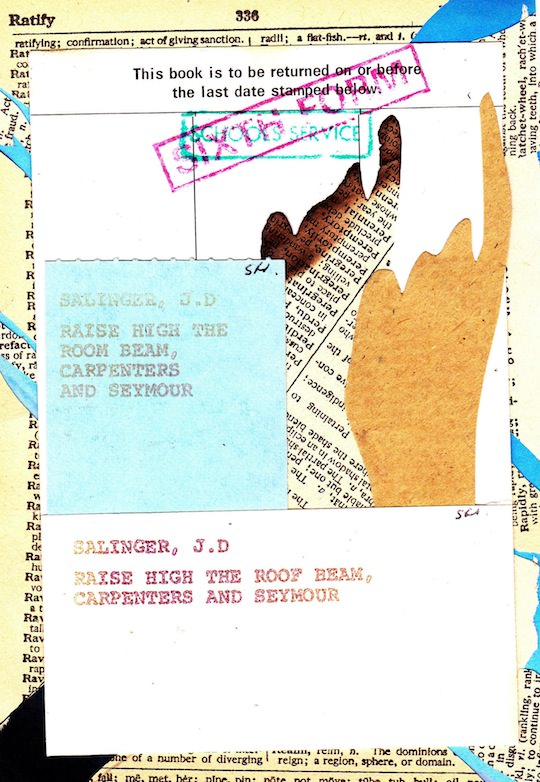 Just the other night, I finished reading The Great Gatsby. I was about a decade too late by public school standards, and I wish I hadn’t waited so long, because it’s as awesome as everybody said it was. But more than that, I wish I hadn’t wasted so much time in high school and beyond pretending I had already read it, feeling ashamed as I bobbed and weaved through conversations, trying to hide the holes in my knowledge.

Technically, I never lied—I just did a lot of listening when F. Scott Fitzgerald came up, and pretended I knew what made someone “a Daisy” or “a Nick.” Last summer I was on a boat trip, and I nodded along with everyone else when someone made a crack about “the light at the end of the dock.” I caught the reference, but not the context. When it came time to come up with an opinion on the Baz Luhrmann adaptation, I watched the trailer with the same excitement as my friends, but I didn’t bother explaining that my enthusiasm was due to a lingering Leonardo DiCaprio fandom and an unceasing obsession with Romeo + Juliet. Similar fakery accompanied several other conversations concerning White Men You Mustn’t Miss, from James Joyce to Vladimir Nabokov.

This particular secret shame, like most, is actually quite common. How many times have you heard—or muttered yourself—something like “Oh, yeah, I’ve read parts of it…” or “I saw it so long ago that I barely remember what happens”? In truth, you may never have cracked the cover or read anything beyond a Wikipedia entry, but somehow that’s harder to say. These white lies are often arbitrary, backed by our own hierarchy of personal tastes and how we think they might reflect on the way we wish to be seen. For instance, because of my anti-fantasy bias, I’ll proudly tell you I couldn’t get past the first chapter/scene of The Lord of the Rings, but no one in my life knows that entire chunks of the Rolling Stones’ discography are foreign to me—including some of what I’m told is the good stuff, like Some Girls and Tattoo You. And I like the Rolling Stones!

I mean, no one has time to really take in all of culture, but that’s only part of my excuse. Also at work are the comfort of settling with stuff I already know—what’s unfamiliar can be scary!—and just plain laziness. I’ve seen all six seasons of The Hills more than once (thank you/hate you, Netflix) and will often put on an episode I know by heart (in which Lauren calls one of her friends “shady…evil and conniving”) rather than dive into a John Cassavetes film—I hear Husbands is good?—that I haven’t watched, but feel I should, whatever that means.

Embarrassment about such gaps in the media libraries of our minds depends on the outside world being able to take a look at those libraries, which is weird, right? In the age of the Facebook profile, being seen as savvy and smart means knowing, and usually flaunting, certain cultural touchstones. Books, movies, TV shows, bands, artists—they can all signify different personality traits or ideologies that we want others to know we have, whether it’s alternative edginess or introspective sensitivity. The novels we carry around (Sylvia Plath for the tortured), the band tees we choose to wear (Kate Bush for the kind of out-there), the novels we carry around (Sylvia Plath for the tortured), and the screenshots we post to our blogs (Clueless, always Clueless) broadcast these interests in the hope that some of the feelings they elicit in others will reflect back on us.

As a teenager, I wanted to be the kind of kid who liked Hunter S. Thompson, with all the badass-ness that implied, so I devoured a bunch of his magazine articles, bought a few of his books, and mourned his death with a homemade patch on my JanSport. I rented Fear and Loathing in Las Vegas for me and my friends to watch on a Friday night and understood about as much of it as a sober 16-year-old could, but I didn’t finish the book until years later, because it was dense and I had homework.

And while we’re at it, here’s a by-no-means-complete list of Books I Pretended to Read in High School:

What can I tell you? This stuff isn’t as fun when it’s assigned. I’ve since caught up on some, and I hear the rest are great.

I was more concerned with punk music back then anyway, but I couldn’t actually sing you a song by the Misfits or Crass either. It’s not that I was a total poser—the Clash, the Ramones, and Operation Ivy were branded onto my soul—but I was trying to keep up with an unrealistically completist standard. The list of amazing things in all mediums and genres has built up for centuries and never stops coming, like a Tumblr dashboard scrolling to infinity, filled with everything you absolutely need to experience right now or forever feel left out. Keeping up with new stuff—Community! Jennifer Egan! Dirty Projectors!—while also being well-versed in the old and influential—Twin Peaks! Tom Wolfe! Nina Simone!—is not only overwhelming, it’s impossible.

I didn’t begin to realize this until the end of college, which I had imagined to be the period in one’s life for catching up, when you’re literally paying for the privilege of getting to spend your time reading “important books,” pausing only to see cool bands or watch obscure art films. For four years, my chief responsibility was to devour culturally significant words and images, but when it passed in three and a half blinks and I felt no closer to completion, it became obvious the game (which I created in my head) was rigged against me. I still get anxious under towering bookstore shelves, an endless reading list looming over me.

Well, enough. I’m done pretending. Cultural knowledge is not a contest; you don’t get an award for Most Lines From The Larry Sanders Show Memorized, or Correct Pronunciation of Every French Philosopher’s Name. Trying to keep up with everything is exhausting, and pretending that you’ve kept up with everything is worse. Openly admitting what you don’t know is not only a huge relief, it also makes it possible to learn from those around you, people who have their own voids that are bound to be different from yours. I remember nervously confessing to a friend that I had only a cursory knowledge of the writer Philip Roth—and he didn’t laugh at me. He gave me some recommendations.

As soon as you give up trying to win some nonexistent prize, there’s the freedom to really marinate in the good parts of discovering new things, or returning to old favorites without guilt. Listen to one album for the entire summer, reread your favorite passages in a play over and over again, or watch a whole season of Law & Order even when you already know the verdicts. I used to spend more time downloading music than listening to it, amassing a comprehensive collection I’d never get to. These days, I only keep about five albums on my iPod at any given time—infinite choice freaks me out!

Never again will I read/watch/listen to anything out of peer pressure (though I guess I’ll watch Downton Abbey if everyone keeps telling me how great it is). Books and shows and movies and music should be a source of pleasure/thought/enlightenment, not social anxiety. When I actually read it, not to brag about it but just for fun, The Great Gatsby was really enjoyable. Now I really understand what it means to be a Jay, or a Tom, or a Daisy, or a Nick—but more than that, I’ll forever attach the experience of reading that book to a specific time in my life: a wet, winter day in Brooklyn awaiting a delayed flight to the South. It will be just as memorable as a humid English classroom. And I still have a lot to look forward to. ♦

being yourself cultural competition life lessons the great gatsby