Con: you’ll probably get bored. Pro: you might witness an apocalypse! 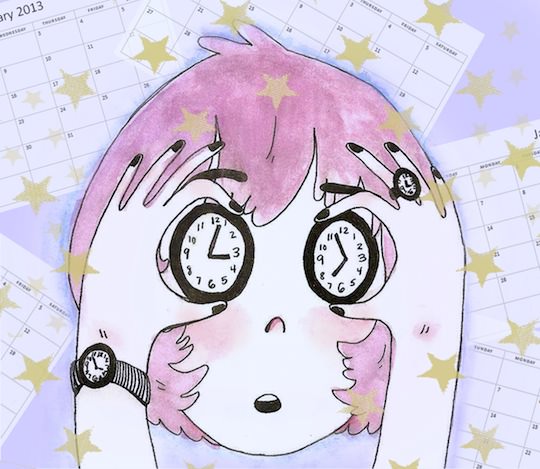 Everyone dies—after being born, it’s pretty much the only guarantee we have about our existence. And we have no idea what really happens afterwards. All we know is this: this life, this time, this place. So of course we’re a little attached to it, and sometimes ask ourselves: What if we never died? What if we went on and on, never leaving this place, where we’ve grown so comfortable?

Thus we have Ponce de León’s search for the Fountain of Youth, the ongoing quest to find the Holy Grail, Interview With the Vampire, Twilight, Voldemort, the super-beautiful elves in The Lord of the Rings, Tuck Everlasting, and the awesome gender-shifting title character in Virginia Woolf’s Orlando, which is also a fantastic movie starring Tilda Swinton. Collectively, we are obsessed with the idea of immortality, and why wouldn’t we be? You could literally see the whole world! You could make a fortune selling “antique” books that you bought when they were new! You could find out if those flying cars ever happen!

And, maybe best of all: you would finally, finally, finally have enough time to do ever single thing you have ever wanted, or will ever want, to do. No more panic or anxiety about your opportunities, e.g., “I’m too old to learn to play the piano,” or “I can’t become a doctor and an animator; I have to pick one.” You can become a surgeon, then an FX artist, then a kindergarten teacher, then concert pianist. You can watch regimes rise and fall, learn every language, and travel the world helping people. Can you even imagine? Endless days of lying around reading whatever you want to. You would never worry about the slight wrinkles under your eyes or whether it’s a good idea to jump from your friend’s roof onto her trampoline and into her pool. You would just do it.

Those are some of the pros of immortality, as I see it. But then there are the cons. Obviously, everyone else in your family, and all your friends, and everyone you’d ever known, would die. That would be terrible. You’d be lonely. Also, I would always wonder: what does happen after we die? The answer would be completely inaccessible to me for the rest of my eternal life. You would watch everyone else journey into death, and maybe feel a curious sense of loss, like you missed out on what Dumbledore calls “the next great adventure.” You’d really have to deal with the effects of global warming. (On the flipside, there’s a better chance that you’ll be around to witness an actual apocalypse, which I think is nifty, but opinions may differ.)

Would you get tired of Earth? Of all the hunger, the poverty, the filth, and the continuing struggle of billions of people to survive? I would. I would probably learn to close myself off from the awfulness of it so I wouldn’t have to feel so intensely about it all the time. But that might lead to a me vs. them sort of attitude, making me feel different than regular mortals, and we all know that feeling different, special, or superior to other people is what leads to jerkish behavior. I would probably get annoyed with people after several centuries and become a real asshole. Now I’m an asshole for eternity? I’d be terrible company.

I tried to wrap my head around the idea of living forever and really get a sense of how I would spend my time. But the concept of infinity is difficult to fathom, so I decided to do what I did one August when I was living in Italy, flat broke and all alone without the means to go anywhere else: draw up a schedule. My Italy schedule looked like this:

It was a long month. Now if I were immortal, my schedule might look something like this:

Now-2030: Hang out with my friends and family. Laugh off uncomfortable remarks about my ageless appearance.
2031-2070: Live with my partner, whom I would explain the bit about being immortal to, in Paris, Minneapolis, London, and San Francisco.
2070-2073: Be a serious grump about losing everyone important to me. I’d probably want to relocate to somewhere notoriously overcast, like Seattle or Glasgow. It makes things more poignant when the weather agrees with your mood.
2073-2081: Take enough dance classes so I don’t look like an idiot on the dance floor.
2081-3000: Go nuts for a while. Seduce ladiezzzz and do all the things that aren’t good for you when you’re mortal, like eating cake every night for dinner and sleeping for weeks and taking drugs and taunting huge guys in bars.
3000-3222: Read every book that’s ever been called a classic, starting with Anna Karenina, a book with a bazillion Russian characters who all have several nicknames that make me go cross-eyed by page 20. Even with 222 years, however, I will still probably never finish James Joyce’s Ulysses.
3222-3264: Become an expert equestrian. Have a string of gleaming chestnut Arabian horses with ridiculous names, like Gentleman Jazz, Dandy Suitor, and Ziploose N Fancy Free.
3264-4010: Do something for humanity. Try to cure all the diseases that haven’t already been cured, from cancer to eczema.
4010-4889: Assuming the world hasn’t been destroyed by pollution or asteroids or belligerent aliens, and that there are still such things as governments and countries: travel extensively to every country. I’d definitely spend large chunks of time in Britain and South America, and become the first person to walk across Antarctica, because why not? I can’t die out there—I won’t even need a jacket.

Here’s the problem: I’m totally out of ideas after that. What the heck am I going to do with all that time? I asked the Rookie staff to help me out.

Maggie: I would pretend to be a ghost, and haunt the same family for generations. I would also plant a lot of trees, and visit them in 100 years. Then I’d learn to crochet.

Emma: I would learn how to make everything I love the most—cheese, champagne, chocolate. I guess I’d have to learn French, too.

Gabrielle: Track down the rest of my state quarters. Goddamn Wisconsin and North Dakota are keeping me from completing my commemorative map.

Danielle: If I had an eternity, I could finally learn to love yoga.

Sady: I would try to write the world’s longest and most boring history of social behaviors and communication: “Now, in my time, there weren’t so many nuclear mutants, you see, so we didn’t rely on telepathy. You had to use Google Chat.”

Hazel: I’d be a vigilante hero like Batman, but I can’t be killed.

Pixie: I would run a hotel for other immortals and we’d sit around and drink lemonade and, if necessary, band together to save the universe when asked.

Anna: Take a lot of naps.

Sady: What if you just used your immortality to become the most passive-aggressive person in the world? Any time somebody was a jerk, you’d be very Zen, and not get into a fight, but you’d keep a file. And then when they were on their deathbeds, you’d show up with your gleaming, youthful face and very serenely go, “I win.”

All of these are solid ideas. It would be ridiculously fun for a while to right society’s wrongs and watch ALL the cat videos the internet has to offer. But Sady made a point, based on a book she read called The Snow Queen, that I think is right-on—you’d probably eventually become a sociopath who can’t connect to anybody, because, as she says, “everyone else keeps aging and dying, and you don’t, and you can’t feel empathy for them.” So if you asked me, right this minute, if I was ready to join the ranks of the immortal? I’d probably choose to live a regular life. I really do want to know what happens when we die. And the truth? There are not years enough in eternity to turn me into a good dancer. ♦