Is this a human being or a superhero? 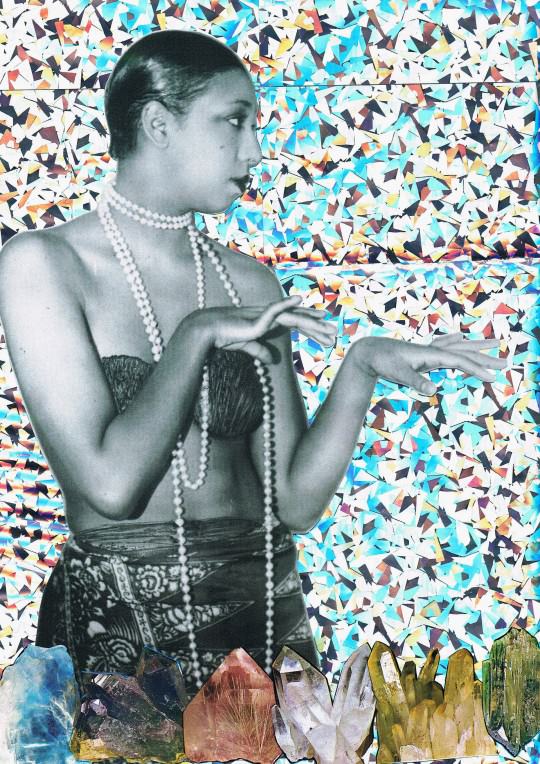 I’m not intimidated by anyone. Everyone is made with two arms, two legs, a stomach, and a head. Just think about that.
—Josephine Baker

I was 12 years old when my obsession began. My mother and I were watching TV, and a movie came on—a biopic about a dancer named Josephine Baker who, in the 1920s, became the first black woman to achieve international superstardom. In retrospect that movie, The Josephine Baker Story, was kinda shitty. It portrayed Baker as nothing more than an object, a sex symbol, and reduced her original, funny performances to pretentious exotic dance. It also all but erased the courage, intellect, and steely determination it took for her to literally dance her way out of poverty and into total Hero Status.

But I didn’t realize that at the time—even though there’s no footage of Baker herself in the movie (she’s played by Lynn Whitfield), some of the bare facts of her life were there, and those were thrilling enough. To wit:

I mean, is this a human being or a superhero? Even though The Josephine Baker Story was a mediocre made-for-TV movie, I was smitten. I wanted to know more.

What I learned, from the books and documentaries I sought out soon after, was that Josephine Baker wasn’t just talented, glamorous, successful, and cool; she was also important. Her work both onstage and off exploded social, sexual, and racial taboos. When she was told she couldn’t do something because of her race and gender, she always found a side route to get where she wanted to be. She worked with the Red Cross and the French Resistance during World War II. She was active in the American civil rights movement in the ’50s and ’60s. It would be impossible to cram into one article everything that Josephine Baker crammed into her remarkable life, but here are just a few of the reasons she’s a hero to me.

Born Freda Josephine McDonald in St. Louis in 1906, Josephine grew up in a one-room shack. Her family was poor and often had to forage for the food and heating coal they couldn’t afford to buy. When she was 12, Josephine dropped out of school and started making money by performing on street corners. A year later she went on the road with a vaudeville troupe that toured the South and the East Coast. Josephine was the comedy act.

She moved to New York City a few years later, where she got her first big break as a chorus girl in the all-black Broadway musical Shuffle Along. She made the most of the small part, hustling to the front of the stage whenever she could and doing anything (e.g., crossing her eyes while dancing) to get a laugh. Her comedic improvisations won hearts and often stole the show. But she realized her opportunities as a black woman in the U.S. would never match her ambitions, so in 1925 she set sail for Paris, where she became a massive star.

Josephine Baker was neither the greatest dancer nor the greatest singer in Paris at the time. She was undeniably beautiful, but not untouchably so. But she made that all work for her—she had the kind of onstage charisma that connects with audiences instantly. She was sexy but funny, energetic but totally in control, outrageously glamorous but willing to make fun of herself. When she danced topless at the Folies Bergère it never seemed bawdy—it was elegant and self-aware and like nothing anyone had ever seen.

She performed her most famous dance, “Danse Sauvage,” at a Parisian theater as part of a black American vaudeville act called La Revue Nègre. While France wasn’t as racially segregated as the U.S., it wasn’t color-blind either, and Josephine knew how to manipulate racial stereotypes to her advantage. In that piece, she appeared naked except for a tiny skirt made of (fake) bananas, playing the role of the primal, over-sexualized, exotic “native girl” to the hilt, but with a wink and a joke, cleverly toying with white people’s ideas about race and sexuality. She performed racist fantasies in a way that questioned, complicated, and ultimately rejected them. That takes control, people. That takes genius.

2. She was a pioneer who lived life on her own terms and pushed boundaries.

Not content simply being a world-famous dancer, Josephine also became an actress, a singer, an author, a cabaret club owner, and even a Red Cross nurse and a spy for the French Resistance during World War II. She accomplished many impressive firsts: she was the first female African-American star in a major motion picture, performed in the first all-black Broadway musical, and was the first American-born woman to receive the French Legion of Honor. Even in death she achieved a first, being the first American-born woman to receive full French military honors at her funeral. She was in total control onstage and off, and fiercely ambitious about her career in an era when women were expected to aspire mainly to marriage and motherhood. She was openly bisexual; there were rumors that she had an affair with Frida Kahlo. She was also openly fabulous—she was known to arrive at parties wearing nothing but a fur coat, and she would walk Chiquita, her cheetah, around town in his diamond collar (and sometimes brought him onstage when she performed). 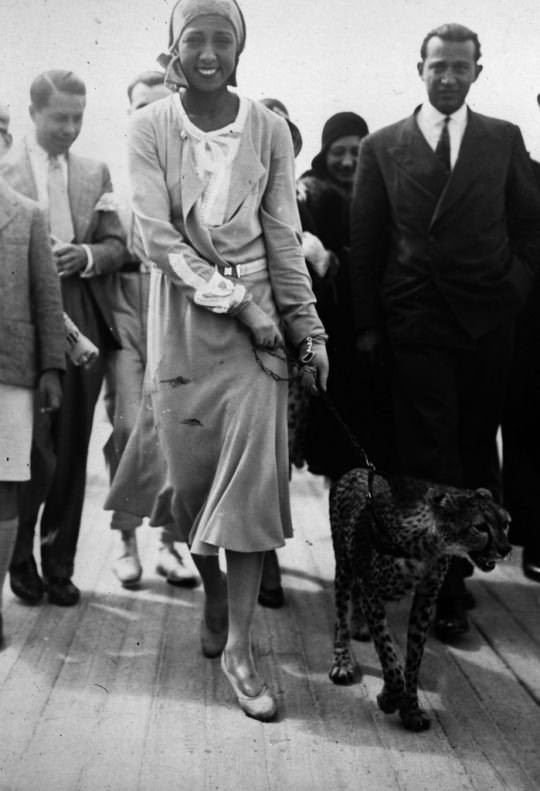 3. She fought against racism and for equality.

In 1951 Josephine, the grandchild of former slaves, was offered $10,000 a week (more than $85,000 in today’s money—per week) for a two-week engagement at the Copa City Club, a segregated venue in Miami. She turned it down, saying she wouldn’t perform unless it was to a mixed audience. The club eventually relented, and every show sold out; following this victory Josephine embarked on a nationwide tour, playing to integrated audiences only.

She continued to speak out against racism and segregation for the next decade, and in 1963 was the only woman to speak at the March on Washington for Jobs and Freedom (where Dr. Martin Luther King, Jr., gave his “I Have a Dream” speech).

4. She loved helping others.

Not everybody has the same color, the same language, or the same customs, but they have the same heart, the same blood, and the same need for love.
—JB

After the March on Washington, Josephine played four charity shows at Carnegie Hall benefitting the NAACP and other civil rights organizations. She also gave so much of her own personal fortune to civil rights causes, hospitals, schools, and charities that by the late ’60s she was nearly broke and had to book a bunch of “comeback” gigs to raise money to support herself and her kids.

Here she is in Paris in 1930, performing at a benefit for children with tuberculosis:

6. She was a trendsetter and a muse.

In the 1920s and ’30s Josephine exemplified flapper style. She became a style icon of the day, and even marketed her own hair pomade, Bakerfix, so women could emulate her glossy spit-curled hairdo; and, while most women were trying to lighten their skin, she offered Bakerskin, a skin-darkening lotion for Parisian fans who coveted her complexion. Go Josephine Baker the entrepreneur!

She inspired Beyoncé too, who paid tribute at Fashion Rocks in 2006, complete with banana skirt!

Diana Ross loves her too!

And Boney M.! And Bobby Farrell!

7. She lived in a castle with her “rainbow tribe” and menagerie of animal friends.

Unable to bear children herself, Josephine adopted 12 kids from all over the globe and brought them to France to live with her, Chiquita, a chimpanzee, a parakeet, a snake, a pig, a goat, some dogs, cats, fish, and parrots in a magnificent castle called Les Milandes with a mini-golf course, a theater, and a J-shaped pool. Sounds like a beautiful dream, doesn’t it?

I could go on and on all day about how amazing Josephine Baker was! She wrote coded messages in invisible ink on her music sheets when she was a spy, she was buddies with Grace Kelly, she was still performing at the age of 69…it goes on an on! If you want to find out more about her inspiring life, I recommend you watch the documentary Josephine Baker: The First Black Superstar, embedded in its entirety here:

I did take the blows [of life], but I took them with my chin up, in dignity, because I so profoundly love and respect humanity.
—JB ♦