Going Slow in the Fast Lane

You might not think it possible to be a virgin and a slut, but I did.

Out of This World 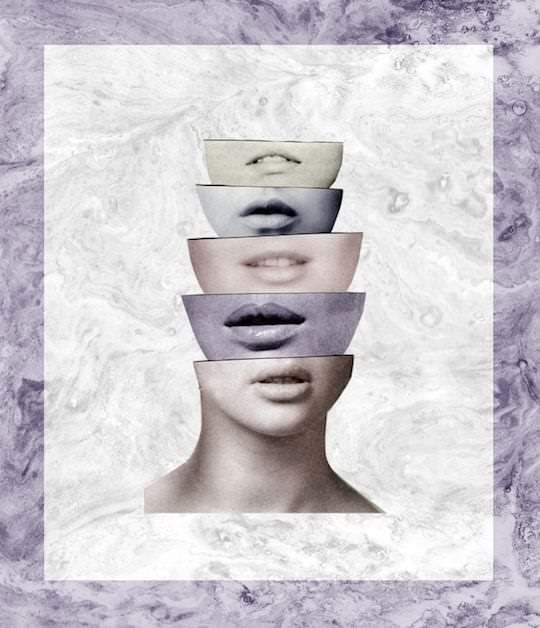 I began to fancy myself something of a slut when I was in the sixth grade, the same year that I got my first boyfriend. He was in the eighth grade, two years older than me, and we never did more than kiss. Still, I felt sexy, with my crimped hair and my navy-blue uniform, and the idea of being seen as “loose” by girls whose first kisses were still years away felt like a compliment rather than a judgment or a slur. They were still playing with their American Girl dolls, and any reputation I had was a sign that I was moving in the right direction. I didn’t want to be a kid anymore. I wanted to be a sex goddess, a siren, a girlfriend. And slut seemed like a pretty cool word.

Those were the days when your crush’s best friend would talk to your best friend to negotiate the terms of a possible love affair. The playground would be abuzz with your impending romance before you’d done anything more than wave hello in the hallway. There would be a telephone call or two in which you discussed the plot points of your favorite television show and exactly what was required from your French homework, and then you would officially be going out. On our first date, we saw Beauty and the Beast. It was kind of easy to feel dangerous back then.

Once I knew that kissing was possible, how could I stop? It became my favorite hobby by a landslide, and I practiced it often at summer camp. The flirting was easy—all I had to do was steal a boy’s baseball hat and wear it around, or sit on his lap, or tease him. The kissing was a little bit harder—I had to narrow down my targets and keep an open mind. My flings were goofy and random: one boy was a couple of years younger than me, and half a foot shorter, and the other was my closest male friend at camp, whom I thought I was in love with. I kissed him for the first time on a van ride while he pretended to be asleep. Later that summer, we shared a sleeping bag on a canoe trip and I tried to do other, more advanced things while he again pretended to be unconscious. (I would look back on this episode with undiluted horror if he hadn’t asked me to be his prom date a few years later.)

When I was in high school, the great fallacy of the group date emerged. My friends and I told our parents, “It’s not like that anymore, everyone just hangs out,” because it was easier than telling them the truth, which was, “I really want someone to be my boyfriend, but I don’t know how to make that happen, so I’m just going to make out with some people and see what shakes out.” Ninth grade started out well—I kissed the cutest boy in school at a friend’s house a few weeks into the year and, the sweet guy that he was, he became my boyfriend automatically. There was hand-holding in the hallway, the most public declaration of coupledom, but I was undone by the public nature of it all, and called it off after a month. It was too much—I felt like we were hurtling quickly down a road that I wasn’t sure I wanted to be on.

Instead, I became a promiscuous pair of lips, a make-out bandit. I kissed boys I adored and boys I barely knew. The kissing was great, and wasn’t as scary as the idea of a Serious Relationship. Some of my friends were in the same boat, but most were pickier than I was, and more likely to devote themselves to a single romantic object. Sometimes, the older I got, there would be more than kissing, but often it was just that, and maybe a couple of errant boob-grabs. I had no idea what to do with a penis, and the brave boys who stuck their hands down my pants had no idea what they were doing, either. During this time, several of my friends had truly epic romances—mutual devirginizations, promise rings, keys to each other’s houses. In theory, I wanted those things, but I didn’t really know how to get them.

I figured I had to still show boys I was interested. There were a number of occasions where I hooked up with more than one person in a single night; my record was four, and after I kissed that fourth, truly beautiful boy, he immediately threw up over the back of the sofa we’d been sitting on. A few of my friends were older girls and infinitely more grown-up. They’d all had sex, and whereas I once felt so advanced compared to everybody else, I now felt like the sweet pet. I saw how easily I could start sleeping with everyone who paid any attention to me by simply saying yes instead of no, just out of my desperate desire to be liked. I stayed a virgin until I was in college, in part because it seemed like a line that would only be hard to cross once, and I was wary of how I would react emotionally once I did.

I wish I could say that it all got easier when I went to college, and that my romantic partners were all mature adults, but that wasn’t the case. The boy I eventually lost my virginity to never really liked me, and I’m pretty sure he only dated me because he was lonely in the city during the summer. After that, I floated from one short-term relationship to another, and I didn’t really have a serious boyfriend until my senior year of college, when a boy I had a crush on behaved in exactly the same way as my first high school boyfriend had—by holding my hand without fear or shame in front of my friends the day after our first night together. He was smart and adorable and wrote songs about me, and it was as if the idea that we wouldn’t be boyfriend/girlfriend had never occurred to either of us. If this makes me sound very passive, it’s because I was. I could only be bold about the first part—the flirting and the kissing. Once I reached that point, I had absolutely no idea what to do, and I just followed the other person’s lead. Though I started out my life as a sexual creature by having ambitions of being a sex goddess, whatever that meant, I still wasn’t sure how to really take charge of my own experiences. I’d been lapped so many times by that point—people had engagement rings, for god’s sake.

When my husband and I got together, I was 22 and fresh out of college. The idea of a serious relationship was still a little big and scary, but I think as I got older, I started to understand that no one ever has a complete handle on what’s going on, and I didn’t have to, either. We would often run into boys I’d gone to high school or college with, either at parties or on the street, and it became a running joke that when we had parted ways, my future husband would ask me if I’d made out with them. The answer was often yes, and it always made him laugh. Not to get too cheeseball here, but that is a really important quality in any kind of long-term partner. The other person should never make you feel guilty about your life before you were together.

In retrospect, all my manic dalliances seem both sad and sweet. If I’d had a serious boyfriend in high school, then I might have felt more pressure to have sex earlier, which I personally wasn’t ready for, even though I wanted everyone to think I was. Maybe flitting about from one person to the next was a way of protecting myself. I wish that I’d felt surer about what I wanted, or didn’t want, but maybe that’s expecting too much. I’m sure that some of the boys I kissed were as hopeful that each kiss would lead to something real, and as scared about what that would entail, as I was. But sometimes you think you’re fast, only to find out that you’re kind of slow, and that that’s OK too. ♦