Fame is hard to come by no matter what, and maybe especially for artists. If what you care most about is making work that means something to you, that’s not looking to impress patrons, agents, journalists, or fans, you might get around to achieving household-name recognition—in your lifetime. A lot of artists have created work just for themselves (or, in some cases, for their spirit guides) in secrecy, hoarding away their work in dusty boxes and drawers, which is only unearthed years after their deaths—sometimes to major critical acclaim. These people worked on faith alone, which is so much bigger than the approval of critics and museums.

Here’s a list of some of my favorite artists whose talents were recognized only years after they created their work, hidden far away from the public eye. 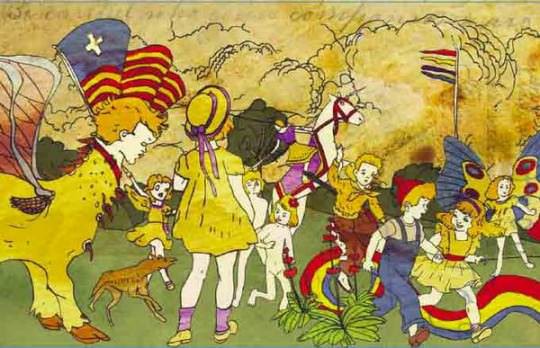 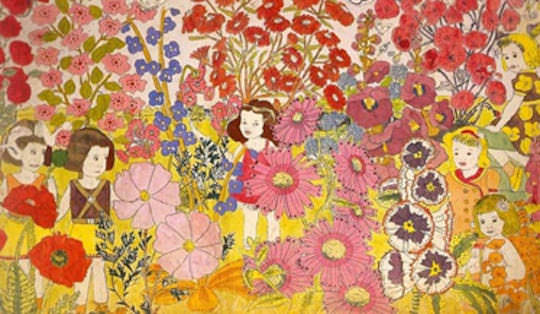 Henry Darger was an American writer and illustrator whose crazy watercolor paintings of fantasy worlds filled with armies of angelic/demonic butterfly girls became known only after his death in 1973. Working in isolation his whole life, Darger penned and illustrated an epic, 15,145-page manuscript with the epic title The Story of the Vivian Girls, in What is known as the Realms of the Unreal, of the Glandeco-Angelinian War Storm, Caused by the Child Slave Rebellion. Set in the fictional nation of Abbieanna, Realms of the Unreal focused on the seven young Vivian Girls, who rebel against a government that imposes child slavery.

An eccentric recluse who made his living as a custodian, Darger honed his artistic skills in secrecy, creating his masterpiece over the course of 43 years. If it weren’t for Darger’s landlord, Nathan Lerner, who found the artwork in Darger’s apartment after he died, the world may have never known the menacing beauty of this work.

Born Elizabeth Converse, Converse ditched college in Massachusetts (and her strict Baptist upbringing) halfway through to head to bohemian New York City in the 1950’s, started calling herself Connie, and began writing and performing music. Her music caught the ear of Gene Deitch, a recording engineer, who began recording Converse’s songs. Although she performed briefly on Walter Cronkite’s Morning Show on CBS, her music never really took off, probably because everyone was too stupid to realize how amazing it was. Her songs were minimalist—just Converse and her guitar—and tragically ahead of their time (by the 1960s, the stripped-down singer-songwriter folk revival was hot shit). I often wonder whether if Converse had waited just a few years to pitch her music to labels, she would be a household name today. That’s a thought that just makes me frowwwn.

In 1961, just a few years before I truly believe she would have been a huge sensation, Converse gave us on her dreams and moved to Michigan, where she edited an academic journal until 1974, when she wrote to her family and friends, saying she wanted a new life, packed up her Volkswagen Beetle and…totally disappeared. In 2009, a collection of Converse’s songs, called How Sad, How Lovely, was released, and her music finally got the respect it deserved.

Converse worked so hard on her music; she put her heart and soul into it, and you can hear them in it. Her parents never supported her—in fact they outright told her they didn’t care about her art and didn’t approve of her “liberal city lifestyle”—and the music industry rejected her too. I have imagined endless possibilities as to where Converse drove off to in 1974, and what she did for the rest of her life. And whether that life is still going on today. 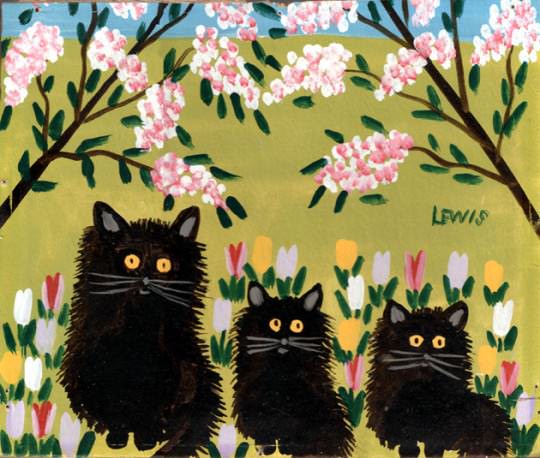 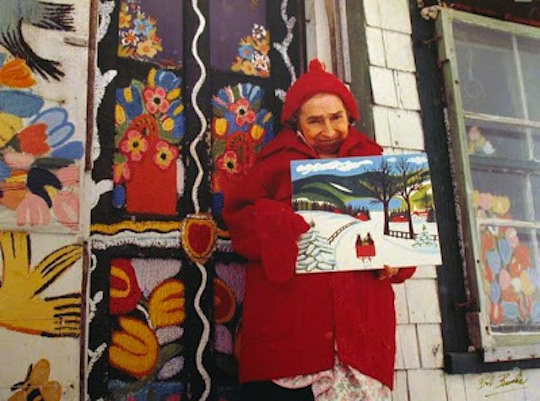 Maud Lewis was born in Nova Scotia in 1906. Because of a variety of physical ailments including juvenile rheumatoid arthritis, she felt estranged from other kids growing up, and found great pleasure in spending time alone painting Christmas cards, which her mother helped her sell.

When Maud was 34, she fell in love with and married a stoic fish peddler named Everett Lewis. By then her physical afflictions had worsened, to the point where it was impossible for her to do housework. Instead, she kept painting. Everett would sell her Christmas cards door to door as he peddled fish. Everett always encouraged his wife to paint; though the couple lived in poverty, he bought Maud her first set of oil paints. This is like the stuff of Oprah episodes, right?

Soon Maud was working on any surface she could get her hands on, painting and drawing all over the surfaces inside and outside the tiny house she shared with Everett. The heavily decorated house is actually now on display, in its entirety, in the Art Gallery of Nova Scotia.

Maud’s paintings of daily life and nature (she loved to depict lakes, forests, farms, and animals) are rare treasures. When I get frustrated with the state of contemporary art (e.g., assistants making mass-produced art) I think of Maud and her uncontrolled dedication to hand-painting beauty. She rules. 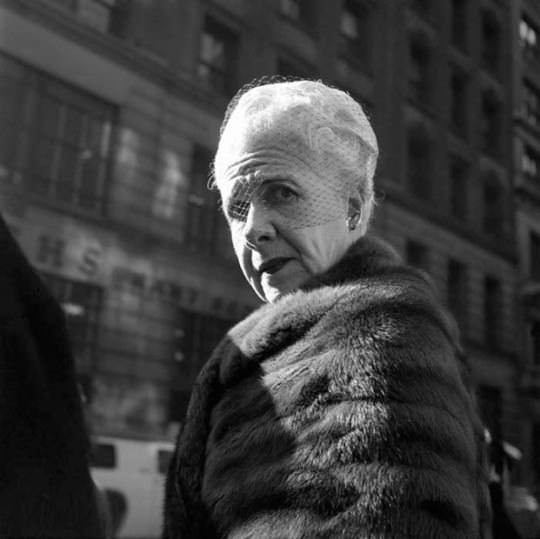 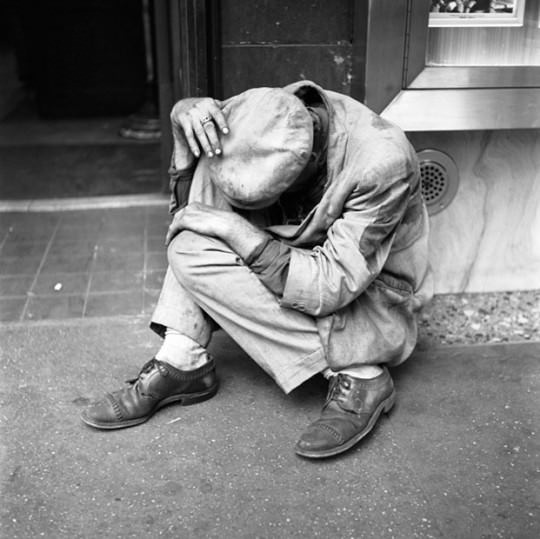 While Vivian Maier was alive (1926-2009), she was known mainly as a nanny, a position she held with a few different families for about 40 years. But unbeknownst to her employers, friends, and family, while she was carrying out her duties as a caretaker, she was constantly shooting street photos of rare insight and beauty, which she hid from everybody, just collecting the negatives (over 100,000 of them) in a box, where they remained undiscovered until 2007, when a young real estate agent named John Maloof found them while doing some research for a book about the neighborhood of Portage Park.

Maloof instantly recognized Maier’s genius and bought the whole collection, but it took him two more years to track her down, by way of her 2009 obituary in the Chicago Tribune.

Maier is one of my favorite photographers, mostly because of the unpretentious and evanescent nature of her photographs. She was the first great street photographer, interested mainly in recording real life in all its quotidien beauty, and she didn’t discriminate when choosing her subjects. She photographed crying babies and the elderly, fancily dressed heiresses as well as people who lived on the street. Every single one of her photos has that kind of fleeting and unplanned energy that every street photographer tries to capture today—but now one has ever bested her. Maier was also always taking pictures of herself as reflected in mirrors, store windows, and the like. Everyone takes cellphone selfies these days to text to people or post on Instagram or what have you; I wonder whom Vivian’s self-portraits, which she never showed to anyone, and many of which she never even developed, were for?