On Being a Late Bloomer 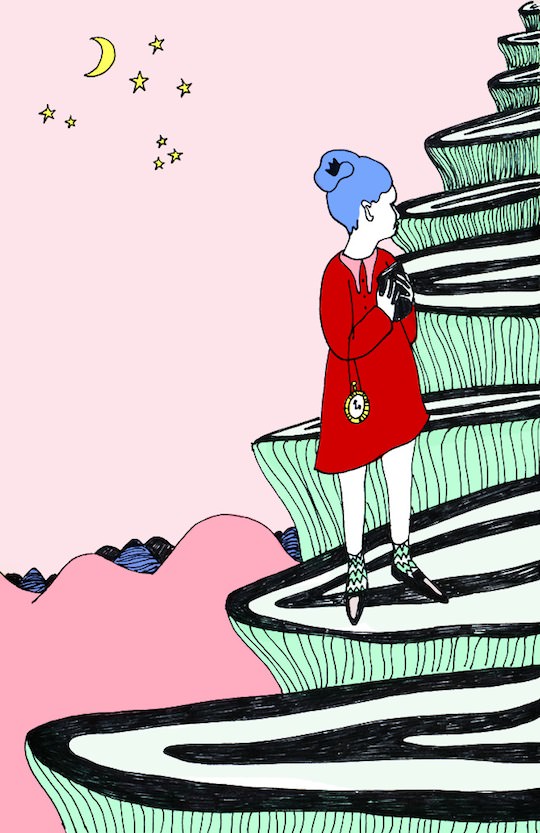 I’ve always known I wanted to be a novelist, and when I graduated, full of hubris and ambition, from college, I figured it was time to get moving. I wrote three novels over the next few years, each one more complicated and convoluted than the last. It perhaps should have been a red flag that my then-literary agent and I spent more time talking about who would star in the movie adaptation than we did about the book itself, but I was 22! What did I care? I was going to be an overnight success.

I was not an overnight success.

All three books were rejected. When I say they were rejected, I mean that my literary agents (I had two during this period) sent copies of my books to scores of editors, and every single one said no, over and over. This process lasted approximately four years. Four years is the time it takes to go all the way through high school! Some editors read all three books, rejecting me three times in a row. When I remember this period in my life, I picture those Whac-A-Mole games at carnivals, where a little furry badger pops up out of the board and you swing an oversize hammer at its head, and then it pops up out of a new hole and you whack it again, and again, and again. Every single hammer connected with my little badger head.

I kept popping back up, though. I was bruised and disappointed, but not defeated. What did those editors know? I was confident that I was a hard worker and a good writer, and that I had things to say. I set a deadline for myself—as long as I published a book by the time I was 25, I would be happy. When that didn’t happen, I made it that I just had to sell the book by 25. Then I was 25 and book-deal-less, and nothing bad happened to me. No pianos fell on my head, no witchy old ladies cursed me, I didn’t suddenly die in my sleep. Most important, nothing happened to my drive to write—there was no age limit on my imagination or creativity. This was a revelation.

The actress Susan Lucci became my guiding light. Lucci played Erica Kane on the soap opera All My Children for more than 40 years. I loved Erica Kane, the most powerful woman in all of Pine Valley, and so did the Daytime Emmy voters. For nearly two decades, Susan Lucci was nominated for best actress—but year after year, she lost. Susan Lucci lost that title 18 times before finally winning in 1999. When she finally won, the entire crowd stood and clapped for several minutes. I wanted to be the Susan Lucci of novelists, so dogged in my pursuit of my goal that by the time I got there, everyone would be on their feet and clapping for me. Not necessarily because they loved my book (which would have been wonderful, of course), but because they knew how long I’d been trying and failing, how dedicated I was, how much I wanted it. Because they felt I’d earned it.

Now, of course there is something completely ludicrous about that idea—no one deserves a book deal or a Daytime Emmy; those kinds of things are based not on merit or character but on some equation of popularity and perceived earning potential. But there is something to be said for the long haul. For working your ass off, putting in the hours and the months and the years, for giving something every last ounce of yourself. Because that is how you come to understand why you haven’t been successful so far, and how you learn what you need to know to get there. And this kind of hard-earned success feels bigger than the overnight kind. If Susan Lucci had won the first Emmy she was nominated for, I’m sure it wouldn’t have meant as much to her, and she wouldn’t have gotten that standing O. And if I had sold a book back when I was 22, I would have taken it for granted—back then I thought that I “deserved” success just because I wanted it. I thought that the writing life was going to be easy, like living inside a bouncy castle, with no sharp edges anywhere.

By the time I finally sold my first novel at the ripe old age of 30, five years after my initial deadline, I’d done a lot more living—I’d gone to graduate school to study writing more earnestly, moved in with my boyfriend, married my boyfriend, had a bunch of jobs, made new friends, moved out of New York and then back—and when it happened, it made sense. When I got the call that the book had sold, I felt a tidal wave of joy, gratitude, and relief. I cried for days, more happy tears than I thought were possible. Because I didn’t just feel “lucky”—though of course luck was involved. I felt proud of myself, because I knew everything that had gone into making this moment happen.

When my first book was sold, even though it had taken me years of work and rejection to get there, people acted like I had come out of nowhere, like an “overnight success.” But look closer at any “overnight success” and you’ll invariably find years of hard work. I recently watched Part of Me, the Katy Perry documentary, and was struck by how long it took for her to get to the moment when “I Kissed a Girl” became a hit—there were years of getting rejected by labels, getting dropped from labels, being told over and over that she would never make it, that no one wanted to hear the kind of music she made. Yeah, she was 24 when her first single hit, which is not “late” by anyone’s calendar, but she’d been recording music since she was 17. Or look at Leonard Cohen—he didn’t release his first album until the age of 32. Julia Child didn’t get her famous television show until she was 51. Wallace Stevens didn’t publish any poems until he was 38. A.C. Bhaktivedanta Swami Prabhupada founded the Hare Krishna movement when he was 70. Most of us will not be child stars or wunderkinds. Some of us will take a very long time to be successful at what we want to do, or to even know what we want to do. There is time for all of us to figure out what it is we want to do—and to change our minds over and over again, if necessary. No one is timing you.

There’s a saying that I like, which has been attributed to both the Roman philosopher Seneca AND Oprah: “Luck is what happens when preparation meets opportunity.” Yeah, it’s cheesy, but it also happens to be true. So much of what goes on in your life is beyond your control. All you can do is work as hard as possible to get ready for those moments that might change everything. I don’t believe in God, but I do believe in myself, and in karma, and in having patience, and in working my ass off. Being human is a complicated business, and when one issue in life (WHEN WILL I PUBLISH A NOVEL?!?) is resolved, others spring forward to take its place. It’s important to pause long enough to feel truly grateful for whatever goodness has occurred—and then, yup, get back to work. ♦