Eight Ways to Wrap a Gift

One of them you probably already know, but the rest are pretty darn clever.

The holidays are here. Let us link hands with loved ones, join our voices in song and laughter, and share in the warmth and glow of PRESENTSPRESENTSPRESENTS!!! Oh, what? I mean the spirit of the season.

All kidding aside, even though the holidays should not be about materialism and consumption and the gimme-gimmes, it is entirely likely that you’re going to want to give someone a gift of some sort during the holidays. In which case, you might also want to wrap it.

For some reason, in my family, I am always assigned the job of present-wrapper. Every year, all the presents except for mine are placed in my parents’ bedroom, where they wait for me to turn them into gaily wrapped packages.

This makes no sense. I have been known to throw a blanket over an oddly shaped gift, pull it off, and go “ta-da!” Once, I accidentally wrapped an empty box (I took my sister’s sweater out to try it on and forgot to put it back). Still, traditions die hard in the Burton household, and I am the designated wrapper, and over time, two things have happened: (1) I have become fairly adept at a basic wrapping job; (2) where once I believed that a present well wrapped in gift paper was the ultimate goal, I now understand that wrapping paper is only the beginning.

So I’m going to show you how to do the standard box-wrap, and then we’re going to talk about some other, more creative ideas, because not only is that original and fun and awesome, but also, sometimes there isn’t any tape in the house.

1. Arrange the item(s) in the box (tissue paper is optional), and then tape the box shut so it can’t easily open during this process. 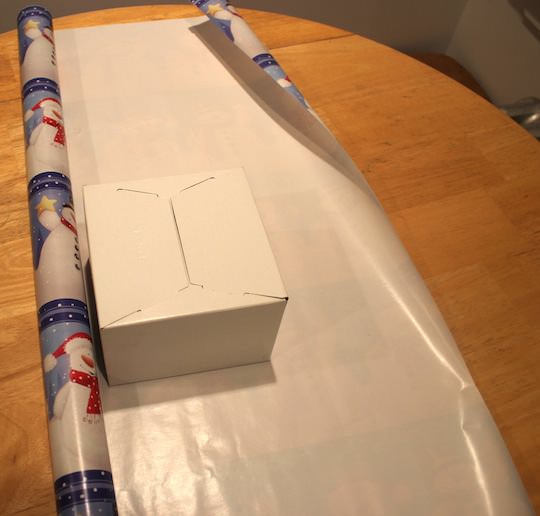 2. Unroll more wrapping paper than you think you’ll need. (You’ll get good at eyeballing the right amount with practice.) Don’t cut the paper yet. Flip the box upside down and set it in the middle of the paper, next to the roll. 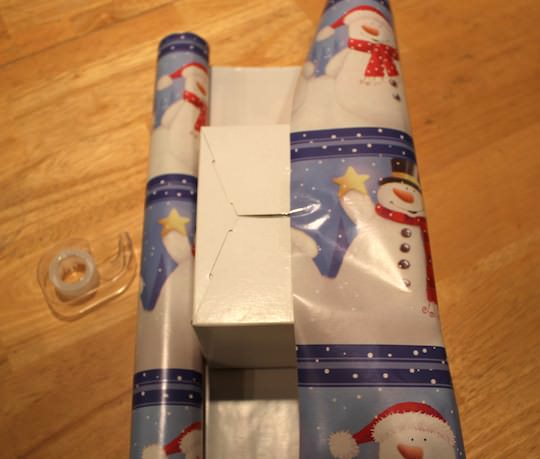 3. Take the free end of the paper and bring it halfway up over the box. Tape the edge to the box. Then take the rolled end of the paper and bring it over the box, pinching the part where it overlaps slightly with the taped edge so that you will know where to cut. If you see that you have a lot of excess paper at the other ends, you may want to un-tape that edge for a moment, and cut the paper width- and lengthwise, making sure that you leave several inches of paper for folding each side. 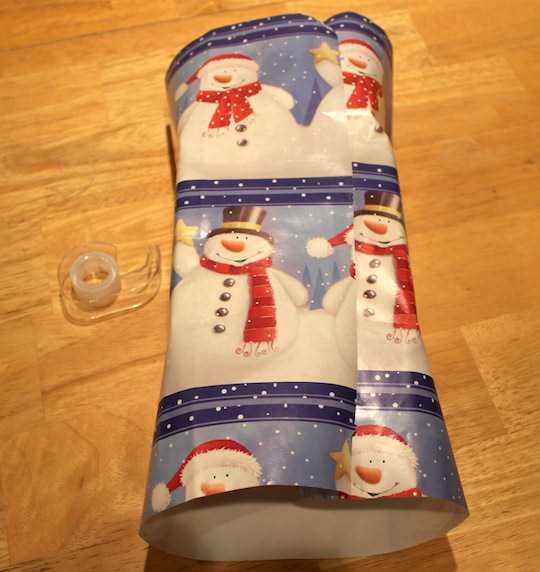 4. After you’ve cut the paper (and re-taped the first edge if needed), tape the other edge down. 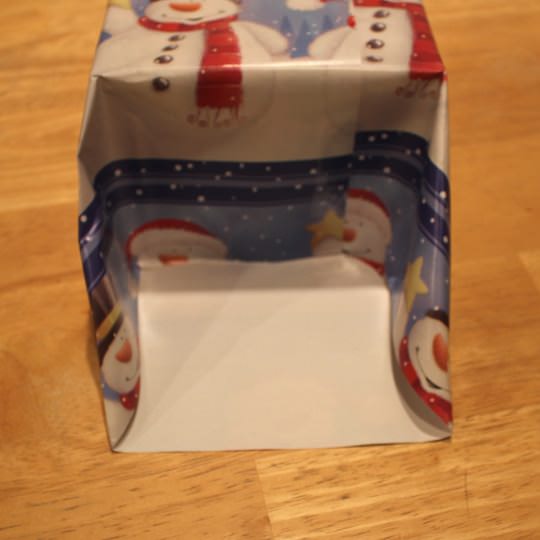 5. Pick a side and push the top of the paper down to flatten it. This will create two little flaps, as if the present were saying “hug me.” 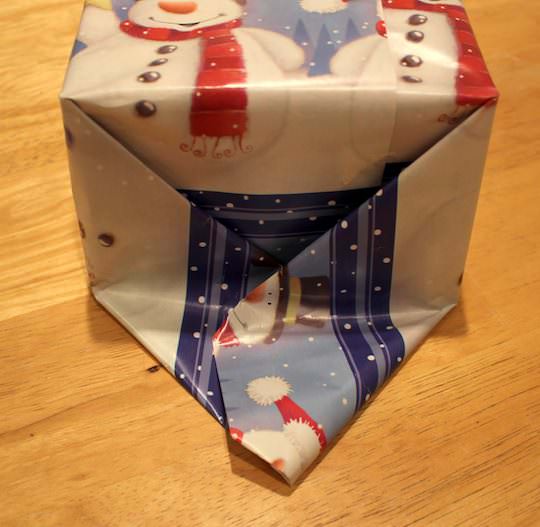 6. Fold each of those flaps, one at a time. Tape ’em if they won’t stay put. This usually results in a triangle shape. 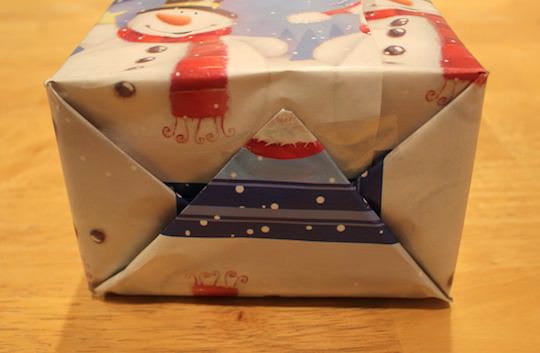 7. Fold the triangle up, and voila! A recognizable side of a wrapped present. Tape the end of the triangle to the paper, and repeat these steps for the other side. 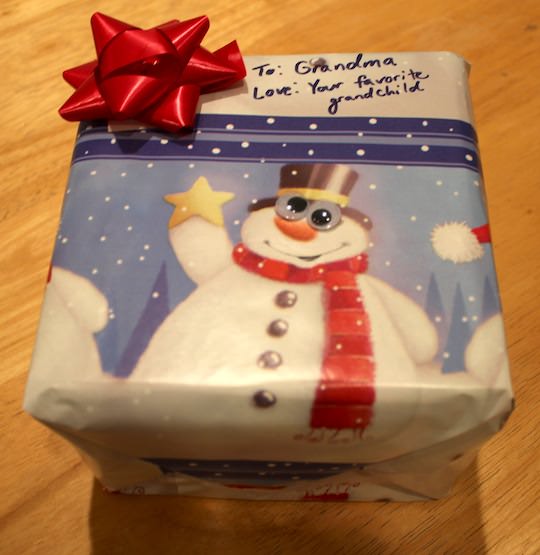 8. Flip the present over and admire your work! Add fanciness, like bows or ribbon or gift tags.

Wrapping is a real art. When I lived in Taiwan, it counted as half the present, and Japan is also really ahead of the game in this department. But don’t despair if you hate wrapping or it looks terrible or you’re out of supplies. There’s loads of different ways to wrap presents. 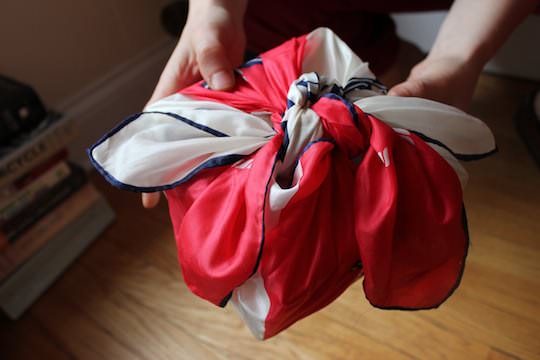 Keep an eye out for scarves at thrift stores year-round—some are like 90 cents, which is cheaper than wrapping paper. I keep a bunch of scarves in a bag so I can wrap presents in a hurry. And since the recipient can wear the scarf after they open the gift, not only is this more environmentally responsible than using store-bought paper, it’s really like you gave two presents. Aren’t you generous?! 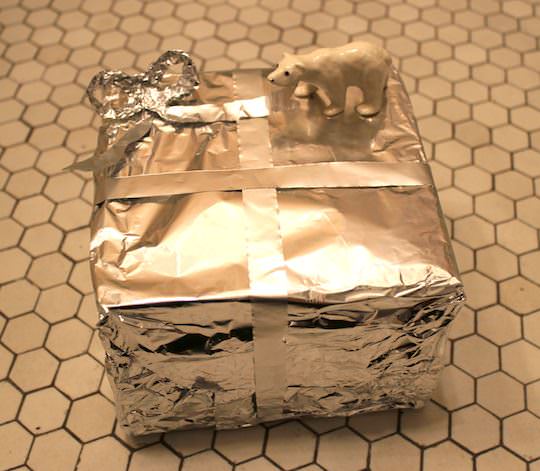 No, you didn’t run out of wrapping paper! It’s futuristic. 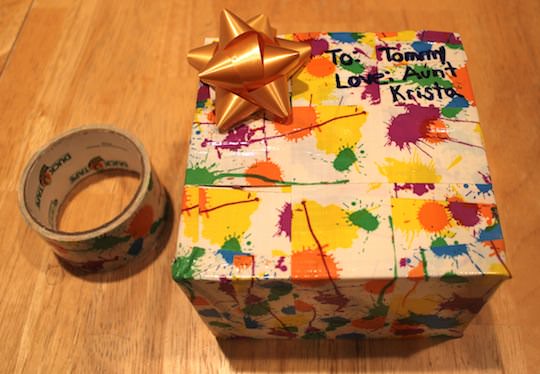 Did you know duct tape comes in lots of great colors? This is extra fun if you’re wrapping for a younger child, because it’s hilarious to watch them try to open it. 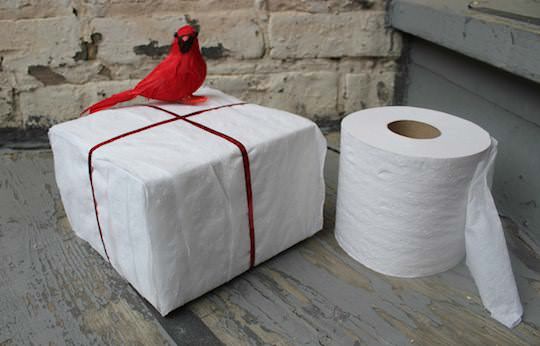 Toilet paper just so happens to be fresh and crisp-looking, like the driven snow. Take that, Hallmark! 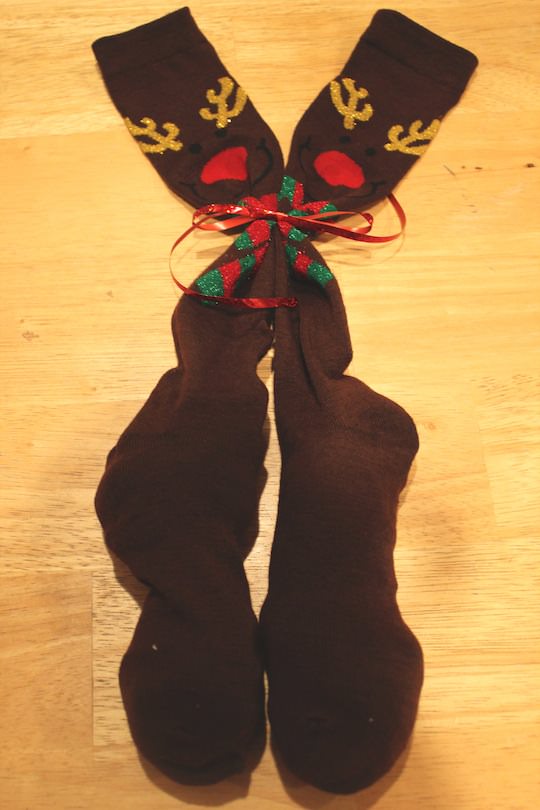 These are basically like mini-stockings, and good for multiple small items. ADORABLE. 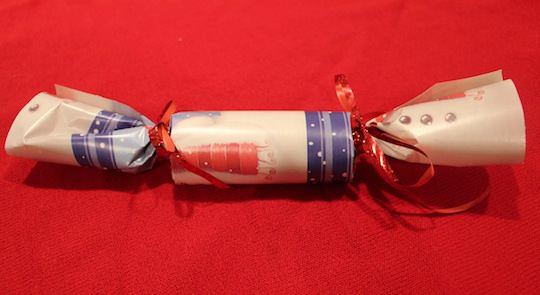 This is one of my favorites, and my fellow Rookie Gabby mentioned it in her thrifting gift guide. Pick a cool-looking or hilariously titled hardback book, and then go nuts. I like to choose books that I know my friends would never read to help them remember which book is their special hollow gift. This can count as the gift itself, or you can fill it with knickknacks. 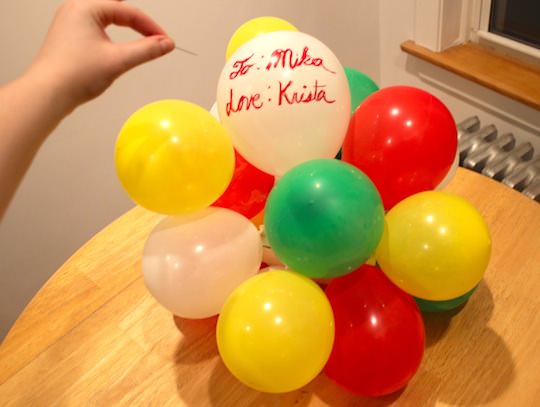 Hand the recipient a pin. This one’s great for getting attention at a party, and it was inspired by a classic burlesque act, which is something you should definitely tell any fuddy-duddies in the room.

Guys, you can really wrap a present with anything—it’s all about presentation! Put little things into baby food jars, cut up an egg crate, use the cute plastic bubbles you get from vending machines. Wind ribbon around big things that won’t fit into boxes, use tissue paper or newspaper or fashion magazines for wrapping paper, tuck gift items into clean take-out containers from the grocery store. There are really no limits here, except your imagination! ♦