How to identify a toxic community—before it’s too late. 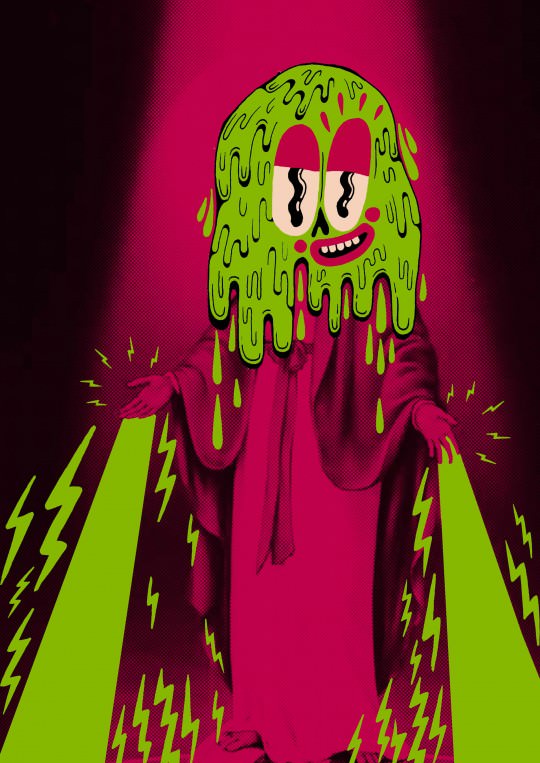 Belief is a powerful thing. Your beliefs are like emotional gravity; they tell you which way is up, what’s right and what’s wrong. They give you ground to stand on, then anchor you to that spot. All of that can be really wonderful—the best people I’ve known have been folks who chose to let their beliefs guide their lives, and to serve something larger than themselves.

One of the best, most stabilizing and happy-making things that a belief system can bestow upon you is a community—a bunch of people who believe in at least some of the same things you do, with whom you forge connections and act in the world according to your shared principles. It’s been shown that people who identify as religious report more satisfaction with their lives—but, according to those who study these things, it’s probably not faith itself that makes people happy; it’s the sense of community and friendship that they get from being part of a congregation.

But, as with all things, there’s another side of this story. That is the side that I’m here to tell you about right now.

I was a very religious little kid. Catholic, to be precise. I wanted my faith to be a big part of my life, so I joined my church’s youth group. At first, I really loved it—there were lots of kids in the group, from grade-schoolers like me to teenagers, and we met at least once a week, so I got to make new friends. The group leaders—all adults—were really nice. Some of them took me on solo trips to museums, and talked with me about my ambition to become a nun when I grew up. (My original intention was to be a priest or a saint, but when I learned those were next to impossible for a girl like me, I settled on nun.) I joined the group’s choir, and we got to sing at nursing homes on Christmas (I also harbored a secret goal to be an amazing singer). And all I had to do to enjoy these privileges was to persuade my other friends to join the group, and agree not to bring up certain things in meetings (animal rights, for some reason, were something I would get yelled at for talking about; God made the world, and wanted us to have dominion over it, was the apparent reason), and maybe just talk to my parents about how I would be doing better academically if I enrolled in the private home school run by the group, and, and, and…

That youth group, which started out giving me so many things I wanted and needed (friendship, belonging, praise, affirmation), made increasingly large and unreasonable demands on me and my family, and it just started to feel…weird. But I kept going, until one day the church suspended our meetings because, my mom told me later, the woman who led the group had some pretty outdated beliefs about raising young Catholics to be especially “pure”—beliefs that were too extreme for the church’s comfort. Like, I remember that she told us that non-Catholics were inherently “bad” people, that anything less than devoting our entire lives to the church was not enough, and that her version of Catholicism was infallible and therefore we couldn’t question any of her teachings. When the church itself asked her to tone down the rhetoric, she refused. But by then my mom had started feeling creeped out by the whole deal, and she pulled me out.

While all of this qualified as unsettling, it wasn’t traumatic for me—I wasn’t being asked to do anything unsafe or unbearable, and since I stopped going while the group was in limbo, I didn’t have to make a dramatic exit speech or endure endless questions from the other kids about why I was abandoning them. But when I look back now, I feel like I dodged a bullet. Some of the things my youth group was doing—silencing dissent, requiring us to recruit new members, asking us and our families to make unreasonable changes in our lives, propagating an extreme ideology that wasn’t open to debate, and refusing to be accountable to any outside authority—were eerily reminiscent of the practices of cults.

Now, this group wasn’t exactly a cult—they didn’t, for example, ask us for money or order us to cut off all ties with our family and outside friends, two of the items on this handy are-you-in-a-cult checklist—but a group doesn’t have to be a full-on leave-your-family-give-us-all-your-money-and-live-with-us-in-a-compound-off-the-grid brainwash situation to suck in some similar ways. Any kind of seemingly innocent cohort—a religious group, a political/activist group, a self-help or self-improvement program, a business, a PTA, even a social body like a sorority or fraternity—can treat its members in ways that would make a true cult leader proud. Let’s call these “toxic communities.”

It can be hard to tell at first if you’re in one of these—such groups don’t tend to lead with the bad stuff. No organization is going to welcome you in by saying, “Oh, and by the way, we’re going to slowly drain your checking account, and when, three months from now, you ask us where the money’s going, we’re going to shame you in front of the whole gang.” I think it’s especially hard to detect if a religious association, like my youth group, or any bunch of people who have gathered together around a shared belief, is toxic, because belief in something larger than yourself is such a powerful force that it’s easy, when you’re in its thrall, to ignore signs of danger or even intense emotional pain for the sake of being around other people who seem to share your values.

A toxic community can steal your energy, resources, friends, confidence, and even your sense of your own individual identity. It’ll wear away your healthy boundaries, and the longer you’re in it, the harder it will be for you to even see that there’s anything wrong. So, with any group, the time to ask questions is at the beginning—when you’re a new member, or, even better, when you’re just thinking about joining up. Here are some good ones to start with:

1. Is the answer always “Because I said so”?

The first thing to ask yourself is: Who gets to do the talking? In any group, of course, there are always going to be some people whose words carry more weight, whether it’s because they’re naturally great talkers, or because they have more experience, or because they’ve been appointed to a position of authority in the organization (or likely some combination of those factors). And that’s fine! But there’s a difference between leadership and being automatically right about literally everything. Or between having a lot of ideas, and feeling entitled to drown out the ideas of everybody else.

Rookie’s own Suzy X. has a lot of experience in political organizing and activism, so I talked to her about toxicity in those kinds of groups. When I asked her to name some red flags, this was the very first one on her list. “There’s a problem when one person is so authoritative that people become too intimidated to question anything they say,” she said. “Some [group members] say [they stay silent] because they don’t want to cause any rifts, others say they’re afraid of getting yelled at (or worse). This is done out of fear more than respect.”

At first, having a charismatic and unquestionable leader can feel great—it seems like you don’t have to worry about anything, including making decisions, because someone’s taking care of all of it for you—but it can lead to catastrophe. So, look around this group you’re considering. Is one person doing all the talking? Does no one question that person—or, if they do, are they shot down immediately by the dominating person or (and this happens a lot) everyone but that person? If you feel like you can’t question the authority of an individual or a small group of individuals, get out.