And thinking about Thanksgiving.

Sunday Comic: The Best Song Ever #3

Jenny
For those of us living in the U.S., Thursday was Thanksgiving, which, depending on how you see it, is either a day of glorious feasting with family and giving thanks for your blessings, or a celebration of the all-too-convenient myth of friendship that erases and distorts America’s history of the occupation and genocide of Native peoples and their land. In case you can’t tell, I fall on the wet-blanket side of things. And don’t even get me started on the idea of reserving one day out of the year to “give thanks” and spend time with our family while often ignoring and forgetting the very people who make our gluttony possible. But I know my extreme side-eye is tedious and a mega-downer for folks who enjoy the spirit of Thanksgiving, and so this year I’m trying to include some hope in my never ending disgust and it starts with this article from the Huffington Post. Rev. Dr. Randy S. Woodley does a pretty good job unpacking the myth of Thanksgiving and why, if we are set on perpetuating this myth, let’s at least do it right. Says Woodley, “The holiday can also be used as a grand myth or metaphor of hospitality to the poor, the disenfranchised, the new immigrant and those who we consider ‘the other.’ People throughout the whole world who have been the recipients of the devastation brought on by the dominant myth of colonialism and unfair capital theft should be invited to Thanksgiving tables everywhere in order to cultivate new friendships.” I’ll raise my glass to that!

Indian Country Today Media Network (ICTMT) has a cool round-up of their favorite Thanksgiving memes. The first one is especially touching, and the Carley Rae Jepsen spoof would be hilarz had it not actually gone down that way…

On Black Friday, Walmart workers across 1,000 stores went on strike. As teens, maybe discussions about jobs and employment seem too distant to be relevant to you, but in a couple of years, you will be entering the work force, and I hope, hope, hope by then, most of you won’t have staggering amounts of student loans to pay off. I hope, hope, hope all of you can find decent, dignified work that offers safe working conditions, freedom from sexual harassment and intimidation, a living wage, and gosh, let’s just throw in affordable healthcare into that extra-hopeful list! Well, Walmart employees are fighting for their rights to those exact things and more. This article explains why the strike is happening, and why it’s good to disrupt rampant, unchecked consumerism with a resounding cry for better working conditions.

And here’s a video of Walmart employees explaining why they are striking!

Also, remember when Frank Ocean came out on Tumblr with the most tenderly written letter about his first love, a 19-year-old boy, and the years of heartache, disappointment, confusion, and darkness that followed? Well, he gets into it again in this GQinterview, where he talks about crying the night he posted it. It’s an amazing interview. I especially loved what he said about struggling to reconcile his love for his musical heroes with the homophobia that came outta their mouths:

In black music, we’ve got so many leaps and bounds to make with acceptance and tolerance in regard to that issue. It reflects something just ingrained, you know? When I was growing up, there was nobody in my family—not even my mother—who I could look to and be like, “I know you’ve never said anything homophobic.” So, you know, you worry about people in the business who you’ve heard talk that way. Some of my heroes coming up talk recklessly like that. It’s tempting to give those views and words—that ignorance—more attention than they deserve.

Anna
If you fell in love with Vogue‘s creative director Grace Coddington while watching The September Issue, you’d be interested in knowing that she recently released a memoir. Sarah Nicole Prickett writes about Coddington and her romantic streak at Hazlitt Magazine. 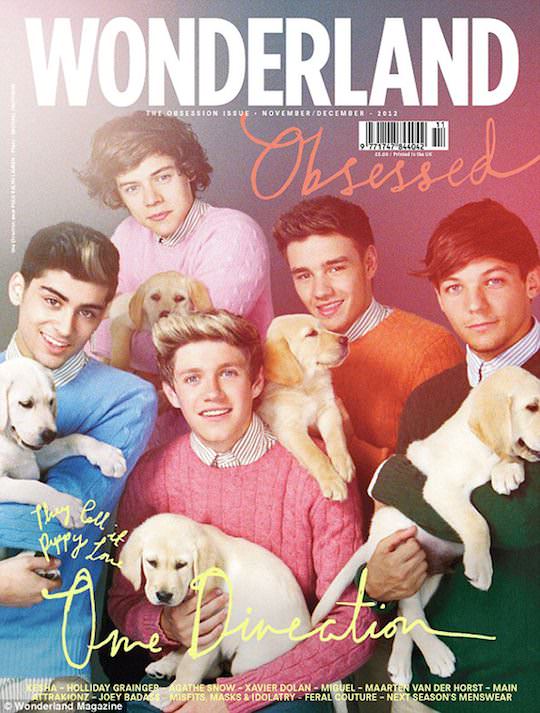 I’ve never heard a single song by One Direction, and I only know about their existence because of Tavi’s editor’s letter and readers’ emotional response in the comments section, but this photo editorial KILLED ME. And the It’s Nice That description GETS THE POINT (as brillantly as always). These photos made me want to at least TRY to listen to their music, and that’s really something.

Caitlin
I’m a huge fan of photo booths and any kind of instant photo, but getting an (almost instant) plastic figurine of yourself is CRAZY. I don’t know whether to love it, or hate it because of (a) the price, (b) the fact I’ll probably never stumble upon a booth, and (c) the creepiness of the whole idea. But just imagine the cuteness possibilities of being able to carry around a little model of your loved one, or of yourself frozen at a certain time in a certain outfit…wooooah.

Anaheed
I have a chronically ill dog who happens to be going through some particularly tough stuff this week. So when I read this letter that Fiona Apple posted to her Facebook, explaining that she was canceling her South American tour to stay home with her dying dog, Janet, while my own sick dog was sleeping next to me…you can imagine my reaction. The part that really killed me: “I will not be the woman who puts her career ahead of love & friendship. I am the woman who stays home, baking tilapia for my dearest, oldest friend. And helps her be comfortable & comforted & safe & important.” I mean, to help a helpless creature feel important–is there anything more generous or humane? This week I am thankful for my dog, and for Fiona Apple’s gigantic heart.

I don’t know who you are, @yuripdes, but we share interests: 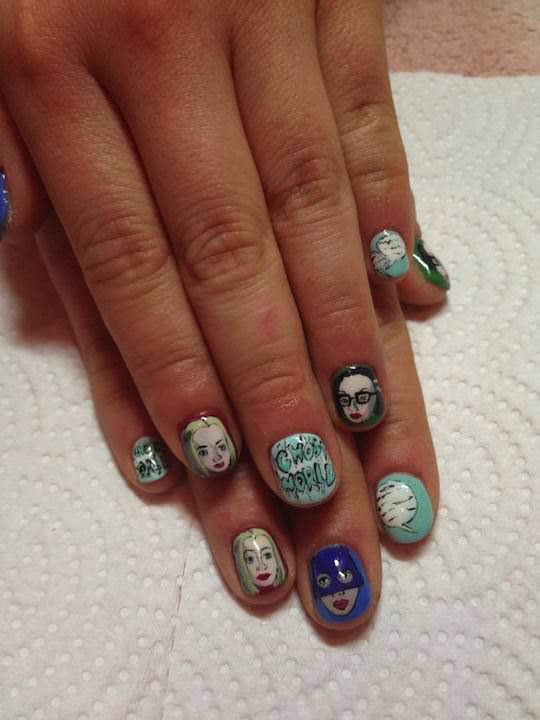 Tavi
ROBERT PATTINSON YOU AMAZING TROLL WITH A DEVILISH GRIN THAT COLLAPSES BEAUTIFULLY INTO SEEMINGLY GENUINE LAUGHTER AS IF YOU’RE SURPRISED AT YOUR OWN HATRED OF THE WORLD.

I have nothing against Twilight fans, I just love a “this world is bullshit!” moment. Pattinson makes self-deprecation an art form, and strips acting of any credibility it has as an art form. I also highly recommend looking through the entire archives of both of these Tumblrs.

In other Twilight news, one of my favorite bloggers, Meagan, wrote a wonderful love letter to Kristen Stewart’s style, bitchfacing, and general demeanor. Please mark today on my calendar as the day I fell in love with them both. ♦