Worshipping at the altar of the High Priestess of Polka Dots. 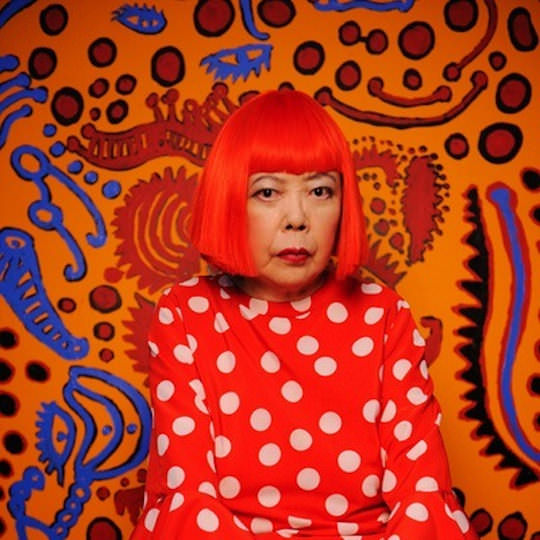 I’m trying to remember how I first heard about the artist Yayoi Kusama. I think I was reading about Rei Kawakubo, a designer I’m obsessed with, and her obsession with dots, and some article somewhere (after you’ve read 90,000,000 articles about someone they start to blend together) mentioned that when it comes to obsessions with dots, though, no one beats Yayoi Kusama. 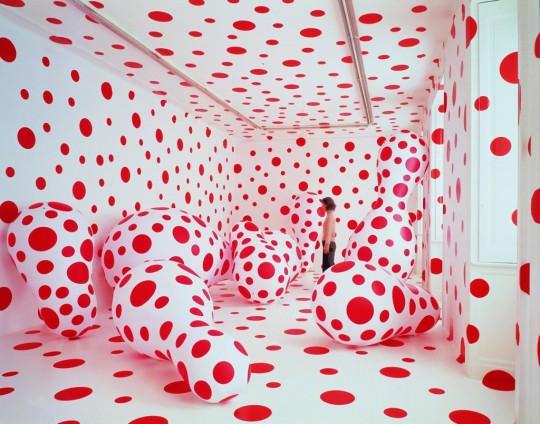 Part of a series of Kusama installations called Dots Obsession.

Kusama puts dots on everything—canvases, walls, sculptures, entire rooms, even naked bodies. Through her art, Kusama invites us into her world, and her brain, and it feels like stepping into something bigger than yourself. I very rarely feel that way, which speaks to the fact that great art can bring out the faith in even the most ardent atheist, such as myself. Ugh, feelings. <3____<3 [caption id="attachment_34827" align="aligncenter" width="540"] 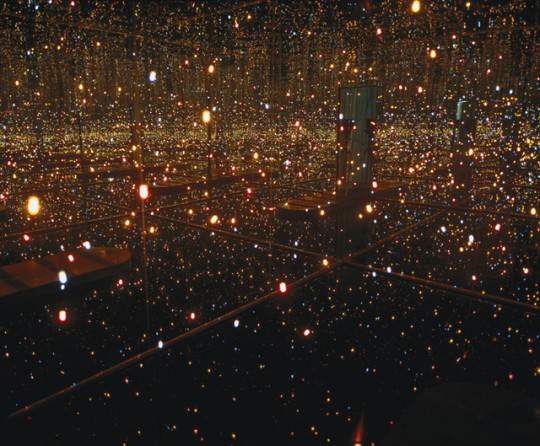 Kusama’s installation Fireflies on the Water is a room filled with mirrors and twinkling lights above a pool of water. Photo via the Whitney Museum of American Art.[/caption]

Kusama has struggled with obsessive-compulsive disorder and seen hallucinations since childhood. She channels these things into her art, which is all pretty obsessive and hallucinatory. She started drawing dots when she was 10; 73 years later she hasn’t stopped. She now lives in a mental institution and works in a studio across the street. Her obsessions and her struggles have shaped her creative process, which is really methodical, and productive. 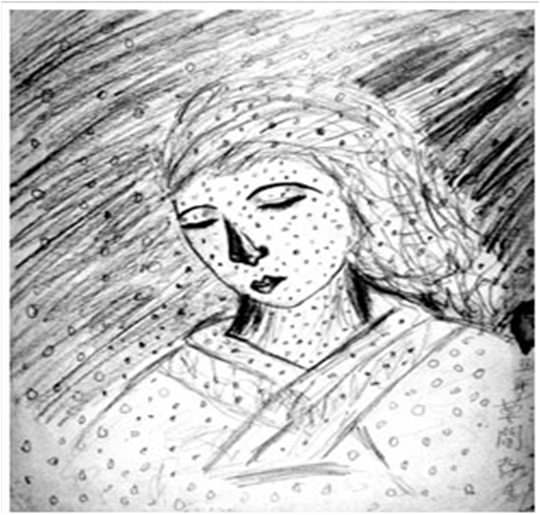 This illustration (which is assumed to be of her mom) is Kusama’s earliest recorded work, which is slightly ironic (and, I think, kinda cool) because her mom really discouraged her from becoming an artist, telling her she would have to become a housewife one day, anyway, so there was no point in pursuing her dream. She took away Kusama’s art supplies, beat her, and repeatedly destroyed her paintings before Kusama left home on her own and enrolled in an art school in Kyoto. Now, Kusama is one of the most respected (and best selling) female artists, ever. 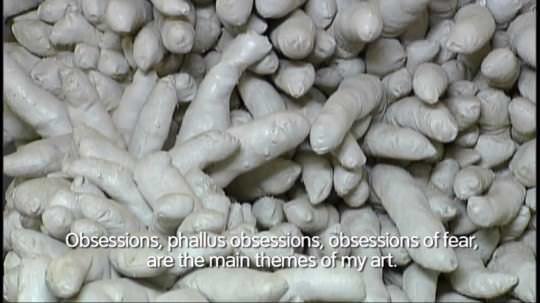 I sketch and write to work through my anxiety, and I’ve been obsessed with eyes since I was 10—so I really connect to her work. Her art is all-consuming; you have no choice but to be completely overwhelmed by it, to the point where you can’t really think about your problems because there’s too much to look at. Her obsessions take over your brain so there’s no room for your own. It’s almost like she uses her hands to give a physical manifestation to her obsessions and fears, to move them out of her body and show others what they look like. I think it’s her way of taking control of her fears and nightmares. 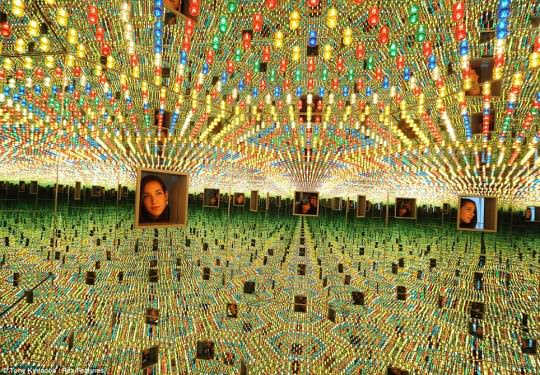 Infinite Reflections (2009) (image from In Art We Trust)

Yayoi has inspired so many other artists and icons I admire, and has parlayed her art into clothing (she had her own line, sold at Bloomingdale’s, for a short while) and makeup (a collaboration with Estée Lauder in 2011). She recently worked with Marc Jacobs on a line of clothes and a series of installations for Louis Vuitton, which you can still get out now and see in person, or look at on the website dedicated to the collaboration. 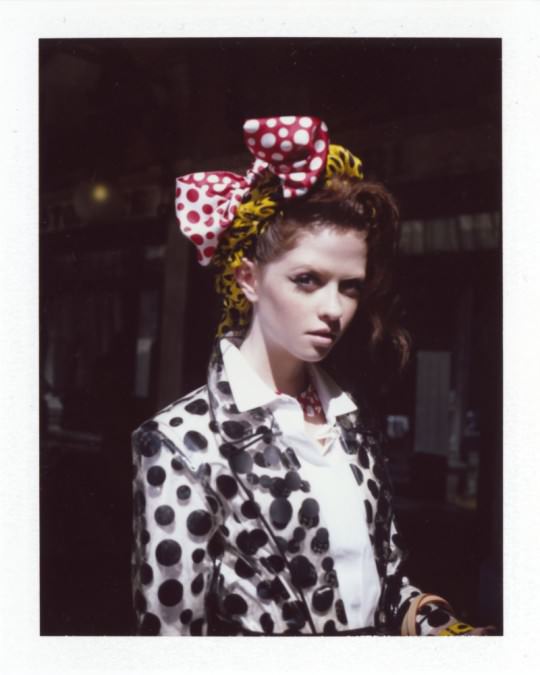 Last December, for an installation in Australia called Obliteration Room, Kusama built a big white room and then gave colored dot stickers to thousands of little kids over the course of two weeks. Here’s what happened:

Kusama was also an activist in the ’60s, and even officiated at a wedding of two gay men in New York in 1968. She called herself the High Priestess of Polka Dots, and those “baptized” at her Church of Self-Obliteration had to have their bodies covered with (consumed by) polka dots, to, as she put it in this really cool interview from 1999 on BOMB’s website, “return to the root of their eternal soul.” Dots have always been about infinity to her, about a place bigger than yourself.

Later in that interview she says, “I will continue to create artwork as long as my passion keeps me doing so. I am deeply moved that so many people have been my fans. I have been grappling with art as a therapy for my disease, but I suppose I would not be able to know how people would evaluate my art until after I die. I create art for the healing of all mankind.”

How remarkable, to deal with your bad juju in a way that makes everyone feel better, and makes the world around you more beautiful. Yayoi Kusama 4ever. ♦