Literally the Best Thing Ever: The Mindy Project

I would be content if it was just half an hour of all the characters talking over a screensaver.

Work Hard and Be Kind: An Interview With Chris Ware 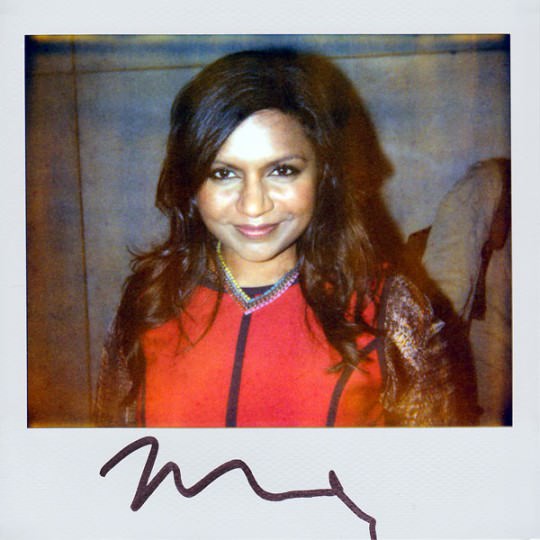 First things first: It’s on Tuesday nights on Fox; it’s also on Hulu. Mindy Kaling, who created the show, stars as Mindy Lahiri, a gynecologist who is great at her job and not great at romance or at being a good person (but is working on both). It’s not necessarily plot-driven (it doesn’t need to be; I would be content even if the show was just all of the characters talking over a visual of a bouncy screensaver), but everyone has enough layers and potential for growth to be worth caring about. My favorites so far are Mindy and her colleague Danny, and I hope they get together in season 14, because I intend to keep the show going that long through my many Hulu viewings and because I will need a lot of time to prepare for something that will surely be an emotional experience for us all.

And, oh, Ike Barinholtz (from MADtv like five years ago), playing a nurse who initially tries to get people to call him “Ransom,” is a revelation. It’s too early for any clips to be on YouTube, so you just have to trust me when I say he goes to a trendy club with a duffel bag and a sudoku book and that he kills it in every episode.

The Mindy Project is good at helping you reconcile seemingly contradictory things, like your deep affection for romantic comedies and the pain you know you’re in for if you try to live your life like you’re in one. Or caring about how you look and knowing that you shouldn’t. Mindy Lahiri can be obsessive and silly and self-righteous and self-destructive, but she’s also really good at her job and cares genuinely about being a good person and friend. The humor and delight of the show come not from seeing her do something stupid and being like, “That Mindy, will she ever learn?!” It comes from seeing her do something stupid even though she knows it’s stupid, and watching the resulting moment of self-reflection—or the lengths to which she’ll go to avoid it.

Her “project” might seem like it’s just about finding a man or being unslutty, but now that we’re seven episodes in, it’s clear that she just wants general better-ness. To grow up a little. Right now, I would guess that she pictures her goal as sort of a vague swirl of stuff like Tom Hanks and kale and the kind of Buddhism where you decide to also be super wealthy. But she’s too cynical to buy into that completely (“Maybe I’ll do one of those Eat, Pray, Love things. Ugh, I don’t wanna pray. I’ll just die alone”), and too earnest for the show to become a perpetual rant about spinster fears. She’s sarcastic, but she’s hopeful, and when you add it all together, it is just really, really funny.

I laughed harder at last night’s episode than any other. In it, Mindy visits a very hip high school to talk her teen neighbor out of having sex. All the students are really into slime—literally, just slime—and carry it around and use the word slime as a slang expression. This phenomenon is ingeniously never explained. Mindy suddenly becomes a prudish grandma and is very proud of herself for being older than everyone else. What follows is an amazing scene where she explains to a gym class full of young women that vampires aren’t real and love usually doesn’t last forever—but it’s not like weird abstinence propaganda, just a helpful FYI, and then she gets caught giving condoms to teenage girls and exits with the line “IF I WAS A WHITE MALE I BET YOU WOULDN’T—no, yeah, you probably would.” Later, she is super psyched about meeting a gay teen and self-righteously tells him, “It gets better.” He doesn’t see how this is possible—the very hip high school is just SO HIP that it really couldn’t get any better—and, as if to demonstrate this point, he catches a guy looking at him from across the hall and yells out, “YOU WISH, STEVEN.” More funny stuff is said and all of a sudden it’s over. Once I rewatch it there will be maybe 20 hilarious things I missed. It happens every time. ♦

literally the best thing ever mindy kaling the mindy project