I Am Whatever I Say I Am

A persona is a handy thing to have.

How to Make Apple Cider Jello 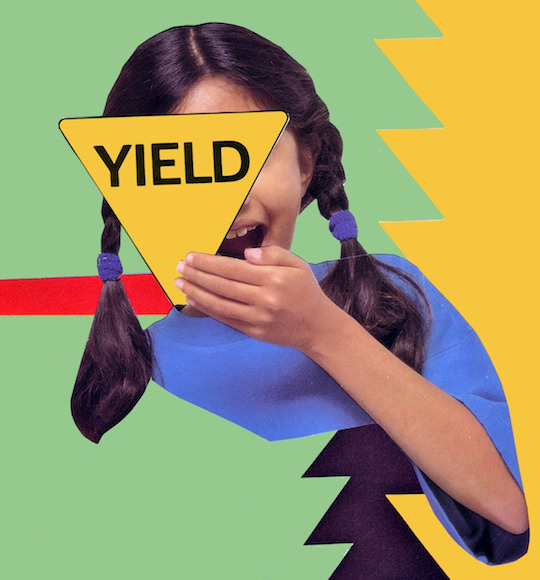 When it comes time for my mother to tell anecdotes that illustrate my character, she has one story in particular that’s her favorite. It’s the story of The First Time Sady Got in Trouble. And it goes like this:

I was in first grade. It was recess. I was playing on a fence between the playground and the parking lot—not a high fence, but high enough that I could have fallen off and cracked my skull open—and a teacher I’d never met before came over and told me to stop. I turned to her, and I said, “Why should I listen to you?”

It was an honest question! I wasn’t insulting her; I really didn’t know who she was, and I wanted her to explain why she had the right to tell me what to do. Regardless, I got in trouble for two things: playing on the fence, and mouthing off to a teacher.

There are a few morals to this story. One of them is that children should listen to strangers, apparently! But also: I have a big mouth. There must be a mechanism in many people’s heads that separates their thoughts and feelings from the things they decide to say. They might, for example, notice that the person giving orders is much bigger than they are and thus probably an authority figure of some kind, and avoid asking for a detailed breakdown of the recess-yard hierarchy. But I, for whatever reason, did not develop that mechanism. For most of my life, if I thought something, I would automatically say it. And from this most of my personal bummer times have arisen.

In high school, I was “the girl who made a teacher cry.” (It was my geology teacher, and I didn’t see tears; I think my mouth was just so big that it started to spawn its own urban legends.) In college, I broadcast every single detail of my romantic disappointments to anyone who would listen (which is not the best way to ensure a total lack of romantic disappointments, because then you’re the girl who can’t keep a relationship together).

Now, I enjoy having a big mouth. I think it’s an important, brave thing. A woman’s personality is supposed to work like Silly Putty: if you press clean Silly Putty on a comic strip, you’ll pull it up with an imprint, a mirror image, of that strip. Girls’ personalities get pressed up against the emotions and opinions of everyone we care about, over and over, with a perfect mirror image expected each time. We’re expected to be accommodating, sensitive, and self-effacing in the extreme, and to care about whatever the person in front of us happens to care about. So facing the world with your own feelings and values, rather than someone else’s, is a way to change the game.

But there’s a difference between being able to speak up for yourself, between choosing to be honest about yourself, and just spitting it out because you can’t keep it in. It’s the difference between going parachuting and being pushed out of an airplane. Openness entails vulnerability; if you’re sharing yourself with the world, you’re outlining places where you can be hurt. Every time you share a belief or a personal fact, some people—let’s use the scientific terminology “total weiners”—will only hear one more thing about you that they can insult, mock, or exploit. Therefore, you are going to have to develop what is known as a persona.

I didn’t think much about developing a persona until I moved to New York in 2002. I’d always lived in a smallish town where everyone knew who you were; there was no changing how people saw you. But when I looked out of my window in New York, down onto a street where hundreds of people walked every day and I never saw the same face twice, I had a strange realization: These people don’t have any idea who I am. And the second thing I figured out was: I get to decide what to tell them. Like, did they need to know that the guy I kissed the summer before sixth grade dumped me, because, as he said, “I have a chance to make the basketball team, and I could be cool,” and that kissing the Doyle girl would tank his chances of coolness? Did they need to know about my bad relationship with my father? They did not. That was not a part of myself I planned on bringing to New York. Out here, people would only see who I was now; who I chose to be. The intensity of former years was simply not their business.

The word persona suggests a facade or a mask, but I don’t like that connotation. A mask is deceptive. You put it on and pretend to be someone else. A persona is more like an exoskeleton. If you look at creatures with exoskeletons—lobsters, bugs—they’re invariably gooey and vulnerable inside. A lobster is just a puddle with legs. But they have a tough outer shell, which gives them a shape and allows them to move around without being damaged. And that’s what your persona is: it’s your real self, but it’s the part of you that is strong enough to be exposed to the outside world. It’s the reason you’re a person and not a puddle of goo.

A functional persona is not about being fake, because being fake doesn’t work. You attract people for the wrong reasons, and when they meet the real you, that relationship invariably ends, sometimes in disaster, because you aren’t the person they expected. A persona is about being true to yourself while also being able to weigh the risks and rewards of vulnerability. You have to read the room. It’s not a question of lying, but holding some stuff back instead of laying everything on the line—at least at first. The most reliable test for reading the room is seeing how the people you’re with talk about their friends (or “friends”). If you know every unflattering detail about a friend of theirs whom you’ve never met, this person should know nothing about you. In fact, you should probably leave the room and not look back. You may think you’re the exception. You may think that if you’re nice enough to someone, you’ll never land on their bad side or be in the crosshairs of their mile-wide mean streak. Let me tell you now: you’re wrong.

This is also true of The Internet. I hate that guy! The Internet always seems like a nice, reliable friend—at first. You can tell The Internet anything! He will listen! He will listen and listen, in fact, and then Cindy Lewis (an imaginary person I just made up, who is also a jerk) might take the things you wrote and use them to start rumors, or share them with her friends out of context on Facebook, or do any of the numberless other things that Cindy Lewises do with their spare time. The Internet is a notorious turncoat. Approach him with extreme caution.

It’s OK to experiment. What stories do you feel comfortable telling? Which feelings are you OK with being public? Remember: you are goo. It is your job to make sure the goo does not get poked with a stick or smeared on the walls. If someone had the worst possible reaction to what you’re saying—if they made fun of it, told everyone they knew, blamed you for it—how long would it take you to get over that? If the answer is the rest of your life, that doesn’t go on your Facebook profile or into conversations with a casual acquaintance.

My own exoskeleton contains a lot of chancy information. It contains the fact that I’m bipolar and that I’m a feminist. In each case, I decided to share these things because (a) I thought I might help someone by doing it, and (b) I worked through what would happen if people reacted badly, and decided I could handle it. If I lost friends by telling them that I’d been sick, or that I thought ladies should be able to have abortions and be presidents and such, that was fine. Because they wouldn’t have been friends, they would have been sexist jerks. Everything I share is an opportunity to cut some jerks from my life. And hurrah for that!

But I make those choices. If I worked for a super-duper Republican who thought Bill O’Reilly was a genius—and I have done precisely that, in my life—I’d look for another job. But until I found one, I’d do a lot less talking about my politics, because I wouldn’t want mini-Bill to think of me as a godless abortion-mongerer when it came time to hand out raises. This isn’t fair, and it isn’t fun, and if I had my way I’d talk about my godless abortion-mongering from dawn till dusk. But my primary concern in that particular interaction is not fairness or fun: it’s paying my bills. Similarly, when I’m out on the town and some guy nearby starts talking about “crazy bitches,” I have two impulses. One is to go “YOU WANT TO SEE CRAZY?” and then throw a drink into his face and tell him I had an “episode.” My second impulse is to not get kicked out of the restaurant. So I smile, and I try to sit somewhere else so that I don’t have to hear the noise coming out of that guy’s face. Sometimes a persona involves making sacrifices, or rather making a choice about how fully you’re going to represent yourself.

Of course, those are relationships with built-in distance. But even with the people closest to you, there are moments when you need to censor yourself a little bit. Not every feeling needs to be expressed at every moment. Maybe you’re jealous that your friend is dating someone, or maybe you think that person is a jerk, but instead, you try to force yourself to be happy for them, because that’s what friends do. Maybe you’re angry at your senile uncle for calling you a “communist” at Thanksgiving, but you understand that there is no point in ruining the meal to debate him, so you pretend it doesn’t upset you. Part of your persona involves being the person you want to be, and maybe you don’t always want (or need) to be soul-baringly honest.

At one point in my life, this felt intolerable. I would have felt that I was being untruthful, or weak, if I didn’t say precisely what was on my mind, in any context. But now, I know that’s not true. I can calibrate my responses and still be myself.

I have a very, very big mouth. And for most of my life, that was a liability. But it became a strength when I learned how to use it. And the thing is, when I don’t turn every situation into an opportunity to take a stand or be completely emotionally naked, when I do speak, people tend to listen. ♦