How to Make Apple Cider Jello

Pull on a woolly sweater and let’s do this. 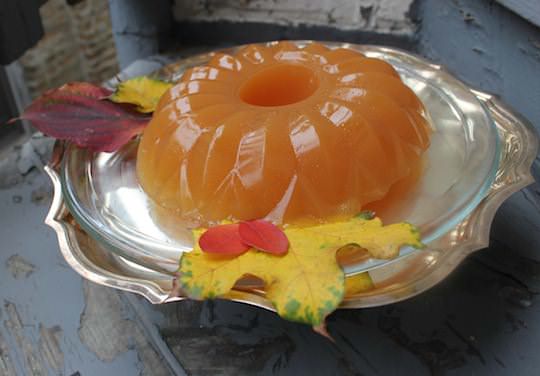 My life used to be different. Every time someone had a party, every time someone had people over for dinner or drinks or to watch a movie or anything, I would dutifully go to the store and grab a bag of tortilla chips, some guacamole, and a bottle of pop. Chips and guac, ya know? It was a cheap and easy way not to arrive empty-handed.

Years went by. Chips. Guac. Chips. Guac. An endless parade of fried tortilla triangles and avocado goop. And then I got into Jell-O. Specifically, I got into elaborate, ’50s-style Jell-O molds. You know the kind? I used to get served allll types of Jell-O desserts at Mormon social events in Wisconsin: mandarin orange Jell-O with whipped cream! Jell-O with pineapples and marshmallows! And I loved them, but then I grew up and moved away, and no one ever served Jell-O desserts to me anymore. Fortunately, Jell-O molds are easy to make, and so last April, I started bringing them to parties. You guys, you can’t even imagine how excited people get over these things. Everybody wanted to poke the Jell-O! Suddenly, where there had been shyness and groups of people who didn’t know one another, there was a party! And Jell-O just so happens to be less than a dollar a box. Much cheaper than chips and guac.

One day, while standing in my kitchen, simmering a saucepan of lime-flavored Jell-O, something occurred to me. There is such a thing as unflavored gelatin. I’d seen it in the store. And if they make unflavored gelatin—why, YOU COULD “JELL” ANY LIQUID. And this is where our journey begins today, folks: it’s fall, why not make apple cider “jello”? (Note: this is not the actual Jell-O brand.)

After trying a lot (a lot) of recipes, I got the basic formula for gelling liquids from Sally Schneider’s fantastic cookbook The Improvisational Cook. (She also suggests apple cider, but I swear to god I came up with it all on my own before reading her book.) It is so, so delicious and unexpected. 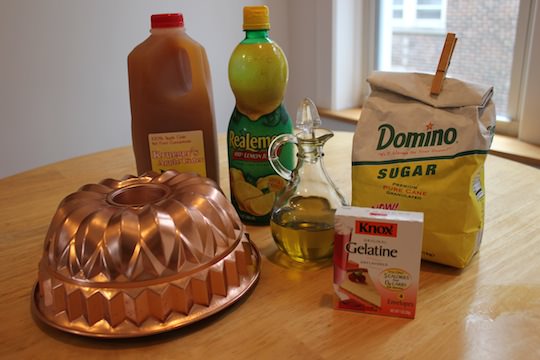 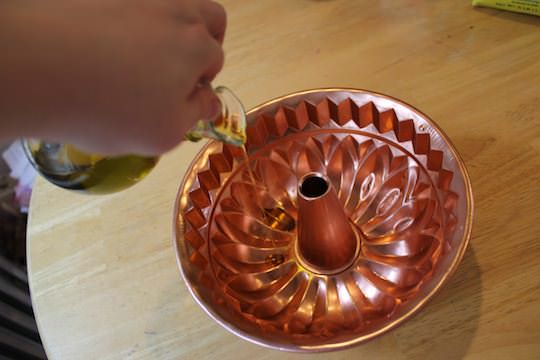 1. Drizzle the tablespoon of oil onto the inside of your gelatin mold, and use a paper towel to spread it over the inside surface evenly. Set the mold aside. 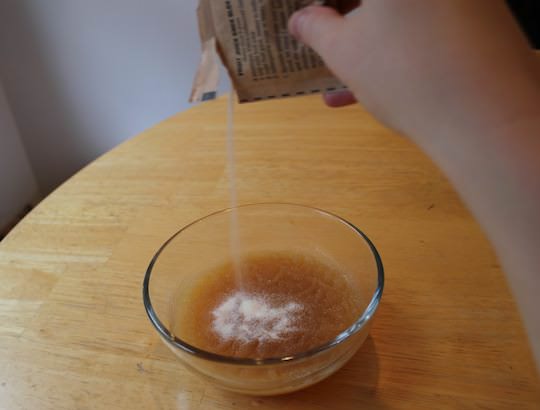 2. Pour one cup of apple cider into a medium-size bowl. Add two packets of unflavored gelatin (or lemon-flavored Jell-O), making sure the powder evenly coats the top of the cider. 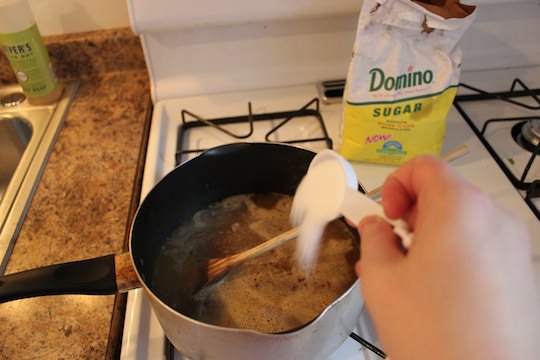 3. Pour the remaining three cups of cider into a saucepan. Heat on medium until you see little bubbles form around the rim of the cider. Add the sugar, one tablespoon at a time, while stirring, and taste. (Is it sweet enough? Do you want it sweeter?) Stir the sugar until it dissolves. 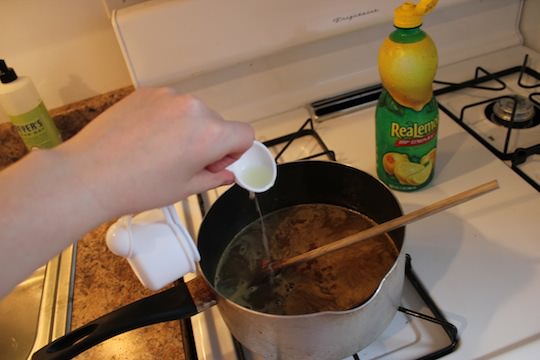 4. Add the lemon juice, one tablespoon at a time, until the mixture is tangy enough for your liking. 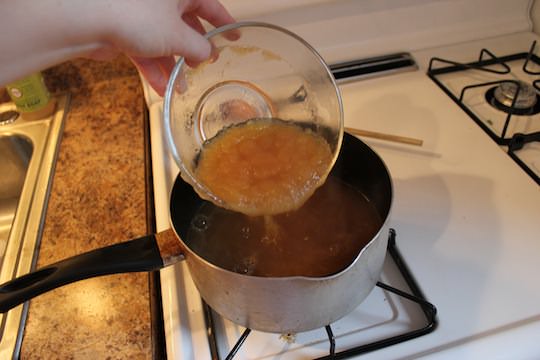 5. Turn off the heat. Add the cider with the gelatin to the hot cider mixture in the saucepan. Stir until everything is dissolved. 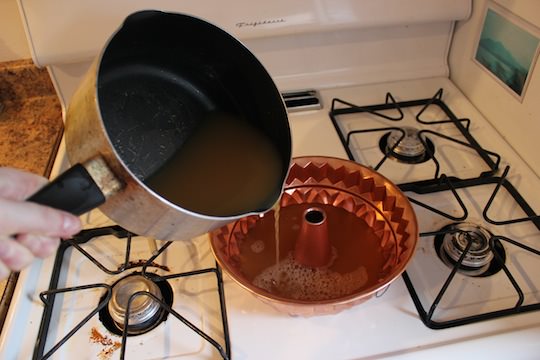 6. Let the mixture cool. Then carefully—carefully, because there will be stickiness for daaaays if you spill—pour the cider mixture into your gelatin mold.

7. Cover the mold with aluminum foil or plastic wrap. Put it in the refrigerator. 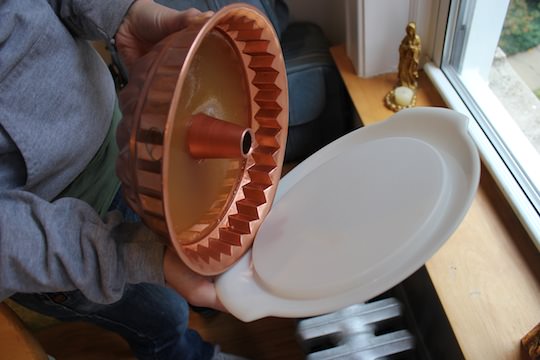 8. Wait at least four hours, and take the gelatin mold out of the fridge. Using your hands, gently pull the sides of the jello away from the outer rim of the mold to loosen it. Place a flat plate on top of the mold and flip. The jello should slide right out. 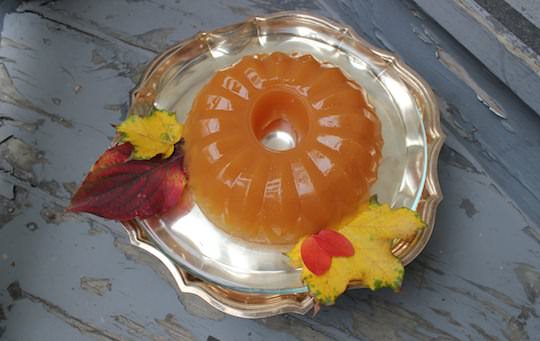 You can serve this in slices, with whipped cream and cinnamon! You can do this while wearing a woolly sweater and leg warmers, as leaves flutter down. And let us never forget: YOU CAN MAKE ANY LIQUID A GELATIN. IMPRESS EVERYONE FOREVER. (But, P.S., you know what surprisingly doesn’t taste good when gelled? Coca-Cola. LEARN FROM MY MISTAKES, PEOPLE.) ♦