It’s good to be the queen. 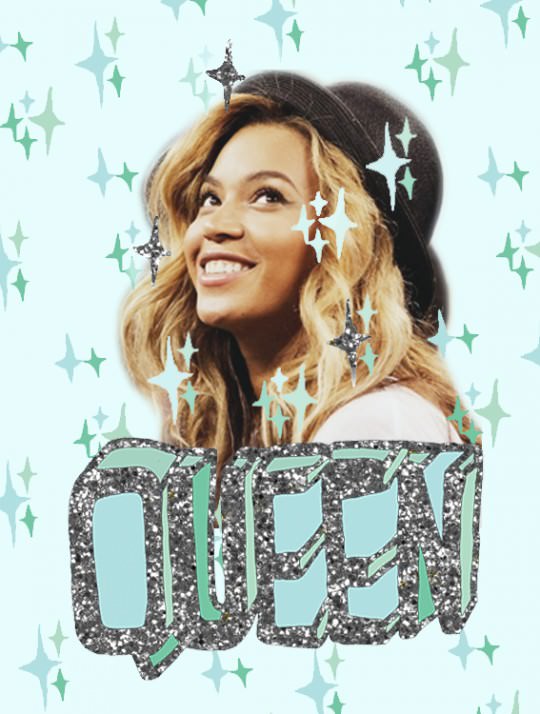 “All my ladies get it up / I see you, I do the same / Take it to another level / No passengers on my plane” —Beyoncé, “Diva”

“She’s the queen of everything.” —Azealia Banks

There are certain performers who go beyond entertaining—they make us feel braver, and stronger, and better about the world in general. Beyoncé Knowles is, for me and almost everybody else, one of those performers. In fact, I think she deserves Hero Status, and here’s why:

It’s a rare performer who can combine style and substance. To watch Beyoncé perform is to witness someone at the top of their game: she can sing, she can dance, she always looks amazing, and she projects the kind of confidence that only people who’ve learned how to use their fears and insecurities as fuel to work harder, be better, and trust themselves more can pull off. Beyoncé is known for her badass work ethic—she’s a testament to what you can do with enough drive and dedication (and, yeah, heaps of god-given talent). Have you seen her in concert, or on any awards show? She never stops giving the audience everything she has. It’s impossible to watch her perform and not feel inspired to get up and kick some ass, work harder, do better, stand up a little straighter, and up your swagger. She is the best, and she rules, is what I’m saying.

Her husband, by the way, agrees:

“I’m gonna say this and then I’m gonna end mine.” BEYONCE is the best performer in the world. Period.

2. Her videos are fantastic.

Beyoncé has been famous—and relevant—for roughly 15 years, which is an amazing feat for any artist, when you consider how quickly our culture consumes and disposes of people. Obviously when you’re as talented as Beyoncé, you’re gonna have some staying power, but another reason she’s still huge is that she’s really good at reinventing herself, both sonically and visually. The late ’90s/early ’00s were generally hilarious for fashion (I mean), and Destiny’s Child, Beyoncé’s 1997-2006 girl group, were not immune to the ill denim winds of that era (how does Bey still manage to look amazing there?), but their videos still hold up.

I love watching those old videos; they’re like a time capsule of a diva-in-training.

As a solo artist, Beyoncé raised her game. We will all look back at these videos as important moments in our pop cultural history:

We will remember the countless videos uploaded onto YouTube of people imitating the “Single Ladies” dance at home. We will remember this kid, whose perfect eye-flutter for eye-flutter, shoulder-roll for shoulder-roll replica of the “Countdown” video showed an attention to detail and a commitment to excellence that should get him put in charge of a company or something.

With each new album, you’re not sure where Beyoncé’s going to take you, but it’s always somewhere great, and everyone else is left scrambling to catch up with her. With 15 years of artistic evolution captured on video, she’s given us hours of creativity to draw from, and she’s not done yet.

Beyoncé has the aura of an old-school star, in that her personal life stays relatively private—which is probably not easy for one of the most famous women in the world, you know? We know the basic facts about her life—the hip-hop icon husband and their daughter, who has inherited the most awesome genes of all time—but you never see her running over a paparazzo or fighting with random people on Twitter. Beyoncé is so famous that even famous people seem in awe of her. (Adele: “She makes me want to do things with my life.”)

And when Beyoncé does let us into her life, it’s not in an interview on E! or an ambush on TMZ. Instead, she started a Tumblr where she posts pictures of herself on tour, hanging out with her girlfriends and her sister, and vacationing with Jay-Z. Of course, what we’re getting is only the illusion of unfettered access—she is in total control of what we do and don’t see, but that’s the point. She is always in charge! It’s good to be the queen.

4. But when she DOES reveal something, she does it like this:

Is that the best pregnancy announcement ever? Yes.

Here they are in action:

Every member is super talented, awesome, and a total inspiration.

I mean, if you can’t see the greatness, perhaps you should take some direction from the woman herself: