How to dress for tomorrow today.

Whether they’re robots, space agents, or astronauts, the babes of the future had (will have?) some pretty amazing style. Luckily, we don’t have to wait centuries to get their looks—we can let them inspire us to spruce up our present-day closets right now. 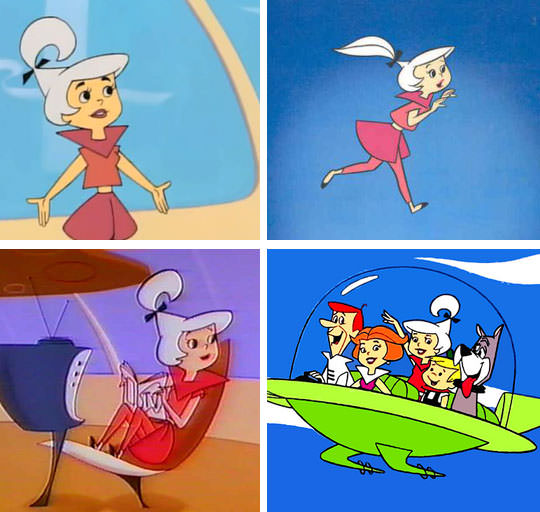 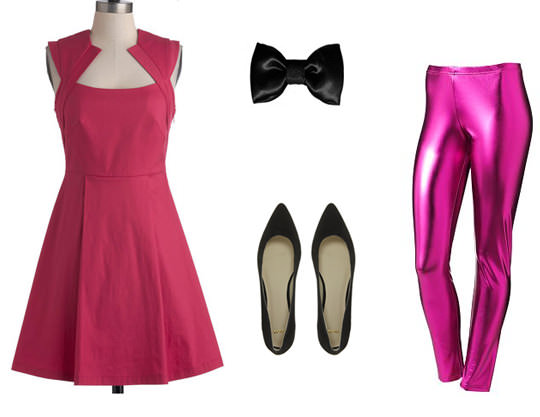 The Jetsons is a television show that aired in the ’60s and ’80s before being turned into a 1990 movie. It’s about a family living in Orbit City in the year 2062, and 16-year-old Judy is quite possibly my favorite futuristic teenager. Besides hanging out with her friends, writing in her digital diary (DiDi), and going to the mall, Judy loves listening to the tunes of her favorite singer, Jet Screamer. Is he as dreamy as the Biebz, you guys? Judy is always decked out in head-to-toe pink, with an A-line dress and matching leggings, black flats, and a bow in her perky ponytail. Perhaps something to think about for next Halloween, or for next week? 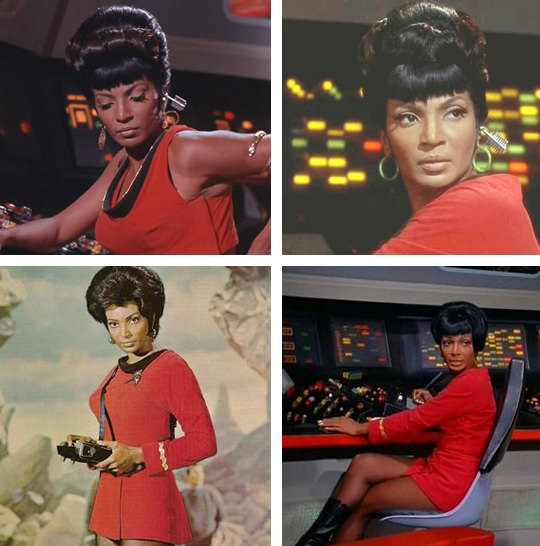 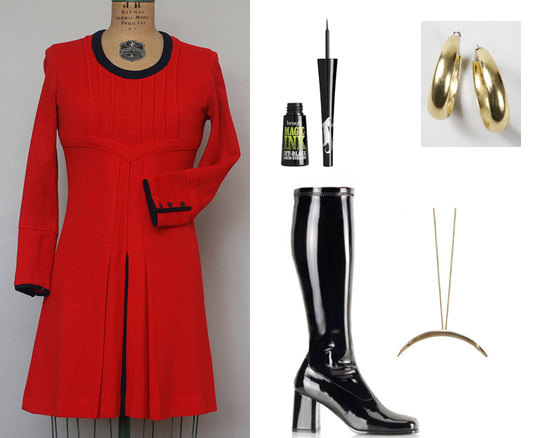 In the original Star Trek (1966-67), Lieutenant Nyota Uhura, played by Nichelle Nichols, was an important member of the Enterprise, a spaceship dedicated to exploring the final frontier. (Nichelle was also one of the first African-American women to play a pivotal role in an American television series.) As the communications officer working alongside Captain Kirk and Spock, Uhura had the best style in the galaxy. Though the show took place in the 2260s, it was filmed in the 1960s, and the styles of the ’60s were reflected in her uniform’s silhouette: a long-sleeved dress, fitted at the waist, with a flared skirt. She’d wear it with black go-go boots and gold hoop earrings, and top the look off with that winged eye we love ever so much. BEAM ME UP, SCOTTY! 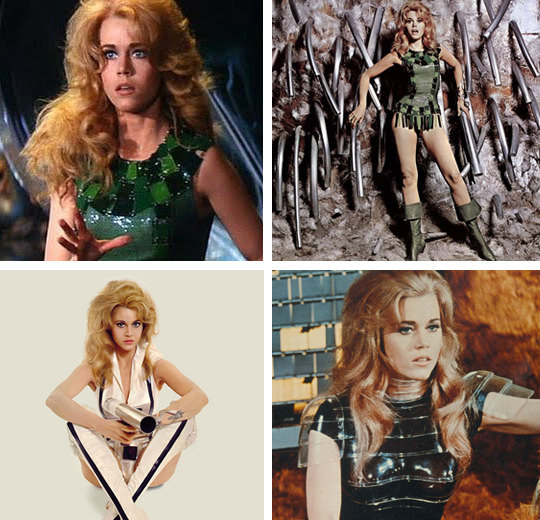 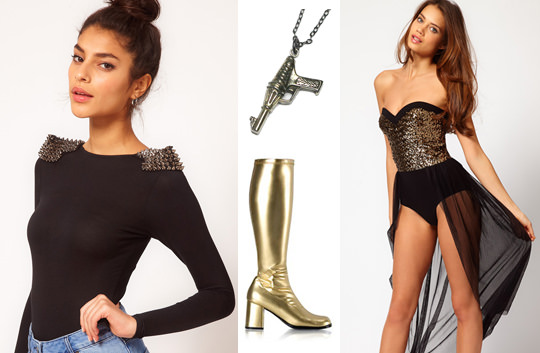 In Barbarella (1968), Jane Fonda stars as a sexy space agent working for Earth’s government in the year 40,000. She is sent to another galaxy on a mission to find a scientist named Durand Durand, who invented the Positronic Ray, a weapon that can destroy mankind. While seducing and being seduced by everyone she meets on her journey, Barbarella wears gorgeously embellished bodysuits that would make Beyoncé wild. Maybe you can’t wear gold boots, sequined one-pieces, and big hair to school, but there’s always the weekend, right? 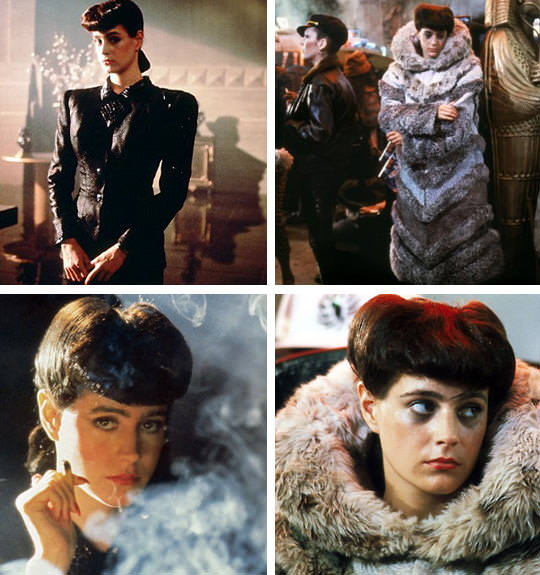 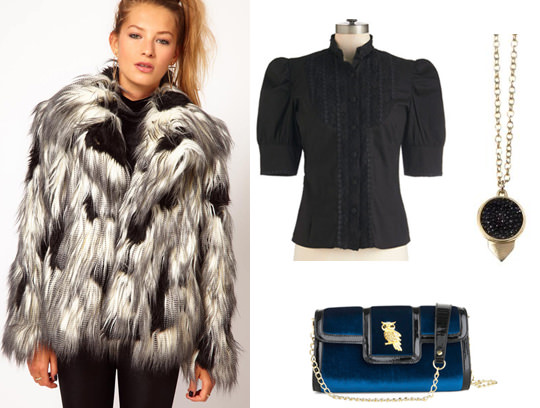 Blade Runner (1982) takes place in Los Angeles in 2019, which is pretty hilar considering it’s only a few years away and there’s still no replicants (that we know of). Replicants are genetically engineered robots that look exactly like humans, but who work on other colonies, and if they are found on Earth, they are hunted down and terminated by the po-po, known as “blade runners.” Rachael (Sean Young) is a replicant who, because of fake memories that have been implanted in her brain, believes she’s human. She and blade runner Deckard (Harrison Ford) fall in love, causing him to question his motivations. If you’re wondering how the owl fits in, there’s this scene in which Deckard and Rachael size each other up, so pairing this clutch with a bold-shouldered top like the ones Rachael seemed to love is a great way to channel her debatably synthetic vibez. 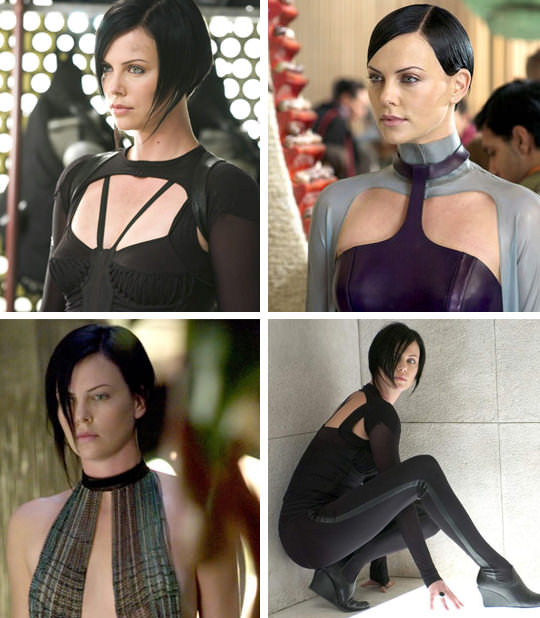 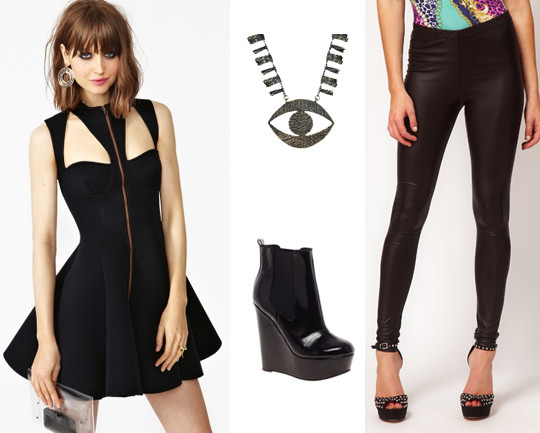 In Aeon Flux (2005), Charlize Theron plays the title character, who lives in a dystopian world set in 2415. Aeon is a highly skilled assassin and member of the Monicans, an underground group of rebels who plan to overthrow the police state of Bregna. Her style is what we’ve been led to believe a futuristic agent might wear: leather, interesting straps and cutouts, leggings, and lots of black! I saw this All for the Mountain necklace at Rookie’s recent Best Coast event in L.A. and loved it. Eye jewelry reminds me of the opening credits of the original animated series on MTV, which showed a fly getting stuck in Aeon’s lashes! SO CREEPY.

I don’t know, it seems like the future is either going to be awesome and super advanced or borderline apocalyptic, but either way, we’ll still need to dress for it. (Unless we go nude by then? Who knows!) ♦