Debbie and Mitch are getting rowdy.

The World Is Bound With Secret Knots 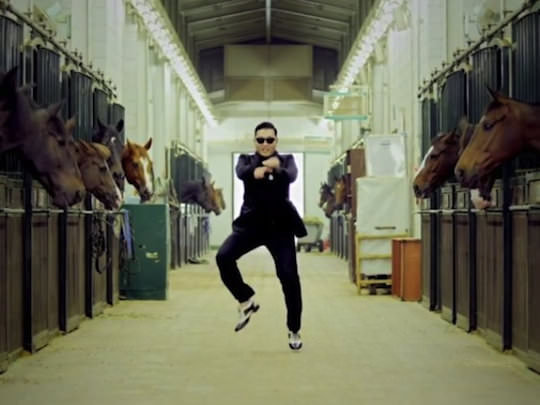 My Aunt Debbie and Uncle Mitch are the best, and I love them. They love me too, as evidenced by their most recent round of emails.

8/29/12
Darling Evie,
I’m so sad that summer is over! Mitch and I had a “last blast” in Maine, sitting by the beach and drinking daiquiris like a couple of honeymooners! I didn’t even get a chance to start this Fifty Shades of Grey that everyone’s talking about, but it sounds like it’s more appropriate for the fall?
Anyhoo, just wanted to send you a note to wish you good luck at school tomorrow! It seems like only yesterday that your mom was sending me pictures of your first day at kindergarten! It’s true what they say: time really flies #yolo!
Just remember: if you work hard and be yourself, things will be hella cool. (Are people still saying “hella”? I learned it from Gwen Stefani.)
Love,
Aunt Debbie

9/6/12
Dearest Evie,
How much do you love Taylor Swift’s new song??? I think I’ve played it 900 times in the past week alone. I even caught Uncle Mitch whistling it in the shower, though when I called him on it, he claimed it was “How Many More Times” by Led Zeppelin. So busted!
Speaking of Uncle Mitch, he found his old leather jacket from high school in the back of the storage room and refuses to take it off. I guess it isn’t so bad, except for the giant Slayer patch on the back! People are going to think he’s some kind of hooligan criminal. We’ll never be seated at the Applebee’s again!
Lots of love,
Aunt Debbie

9/14/12
Darling Evie,
I’m sorry that we missed your soccer game last night! We were at the gate getting snacks, and while I was off buying a Diet Coke (you know how I love my Diet Cokes!), the guy at the ticket stand “dissed” Uncle Mitch for wearing his ridiculous hooligan jacket. Mitch didn’t care for that one bit and, well, one thing led to another and security told us that we’d have to “leave the premises immediately.” We went to TCBY afterwards to blow off some steam. What a night! But your mom says you played well! Good for you!
Much love,
Auntie D.
P.S. Can you send me a schedule of your away games?

9/15/12
Evie Nicks,
Sorry about the soccer game. Dude was on a power trip, like selling tickets gives him the right to call me “Doughy Ramone.” I run like twice a week—and I rock 24/7. Anyway, you want a leather jacket? Slightly used, totally badass, ready to go.
I Fought the Law and the Law Won,
M.

9/24/12
Darling Evie,
Did you watch the Emmy Awards last night? Can you believe Pawn Stars wasn’t nominated? Uncle Mitch was rooting for Breaking Bad, but I don’t care for it. I mean, maybe instead of selling methamphetamine to make money, the dad from Malcolm in the Middle should just sell some stuff to Chumlee and the gang!
What’s new with you? I know the ’90s are back—does that include floral vests? Because I have a ton of them!
Miss you lots,
Auntie D.
P.S. Send me some new music!

9/26/12
Darling Evie,
Uncle Mitch has informed me that it’s “Oppan Gangnam Style,” not “open candle style.” Whoops! To be honest, I thought it was about time that someone wrote a song about candle style. I buy all of mine at Jeanne’s House of Cards, an official Yankee Candle retailer. “Home Sweet Home” has a touch of cinnamon, a touch of apple, and a whole lot of cozy.
Yankee Candle Style! LOL!
Auntie D.
P.S. What does “twerk” mean? Are the Twerks the ones who live by that big snow wall in Game of Thrones? I can’t keep up with that show.

9/27/12
Evelyn,
Yes, she seriously thought it was “open candle style.” And no, I have no idea what that means, either. Thanks for sending her that video, by the way. She’s played it about eight million times and she’s trying to teach herself that dance, but she’s not really getting the hang of it. I can’t tell if she’s supposed to be riding a horse or pretending to be a horse. We heard it at Jeanne’s House of Cards and she knocked over an entire shelf of ceramic cows with her behind.
Meat Is Murder,
M.

10/4/12
Dear Evie,
The world has gone pumpkin crazy! Pumpkin bread, pumpkin lattes, pumpkin ice cream, pumpkin margaritas—I even saw one restaurant in town offering pumpkin salsa! Can you imagine!? Maybe I should come up with a pumpkin recipe of my own, what do you think?
Love,
Auntie D.

10/7/12
Dearest Evie,
Oh, my poor chicken! Break-ups are the worst. I mean, Kristen and Rob—I still can’t talk about it, so I can only imagine what you’re going through. In any case, you are always welcome to visit us. We can play Taylor Swift’s new record on repeat. She can’t seem to pick up a guitar without getting her heart broken!
Hugs hugs hugs,
Aunt Debbie

10/8/12
Evelyn—
Enclosed are all of my Slayer records. May they be a light for you in dark places, when all other lights go out.
Love Stinks (But You Rule),
Uncle Mitch
P.S. I had the runs for three days after your aunt served me “pumpkin steak.” Don’t ask.

10/19/12
Darling Evie,
How are you feeling? Better I hope. We are sending you lots of love! Have you picked out your Halloween costume yet? You always have the best ideas. Mitch and I were invited to a costume party, and we STILL haven’t decided what to wear! Last year we were Batman and Batgirl, and the suits were a nightmare! We smelled like a tire factory for days, and Mitch got a sore throat from doing his Batman voice all night. (Actually, he sounded like one of Marge Simpson’s sisters—but don’t tell him I said that.)
We miss you and hope things are going well—drop us a line when you have the time!
XOXO,
Auntie Deb

10/20/12
E.,
Glad to hear you’re feeling a little better. It’s going to suck for a while, and you’ll probably have to go through it more than once, but eventually you’ll find the right person (just don’t let them serve you pumpkin steak, like ever).
Rock Saves,
Uncle Mitch

10/24/12
Dearest Evie—
Well, we’ve finally chosen our costumes! We’re going as zombie Ozzy and Sharon! Zombies are all the rage these days. Do they move slowly? I better brush up on my facts.
Braaaaaains,
Auntie D.

10/28/12
Darling Evie,
The party was, as they say, “a graveyard smash”! Mitch ate so many fun-size Butterfingers that he got sick—typical Mitch! But we won third place in the costume contest! (The winner was someone dressed as Honey Boo-Hoo. I’ve never heard of her, but I wasn’t impressed.) Oh, well. There’s always next year!
Love,
Auntie D.
P.S. ROBSTEN ARE BACK TOGETHER!!! See, don’t give up hope.
P.P.S. Or do you think it’s a publicity stunt? I hope not!

11/1/12
Dearest Evie,
Can’t wait until this election is over! These ads are driving me crazy! What’s new with you? Miss you tons!
I’m Aunt Debbie, and I approve this message.

11/1/12
Evelyn—
Hey, thanks for telling your aunt that her “approve this message” bit was hilarious. She’s been using it on everything now. She’s “approved” the following messages: “This trash stinks.” “You need a haircut, Mitch!” “Pawn Stars rules!” It’s been really, really great. Please note that this is sarcasm.
Rock the Vote,
M.

11/15/12
Dear Evie,
We’re so excited that we’ll see you at Thanksgiving! I’ll be making my famous pumpkin pie. Due to unfortunate circumstances surrounding my last attempt, I will not be making pumpkin steak.
Over the river and through the woods,
Auntie Deb
P.S. Do you think pumpkin ham would work? Let me know. We could “go H.A.M.” on it!

11/15/12
Evelyn—
This year, I’ll be giving thanks to you for convincing your aunt that “pumpkin ham” is a terrible idea.
Kick Out the Hams,
Uncle M.

11/20/12
Dearest Evie,
See you soon, soon, soon! I am bringing a centerpiece that I made out of all of those broken cows that we had to buy. It’s pretty moovelous, if I do say so myself. Get it? LOL!
Love,
Auntie 1-D
P.S. A little birdie told me that you might be interested in One Direction tickets for Christmas. I’ll see what I can do! ♦