Tips for negotiating political differences with your family. 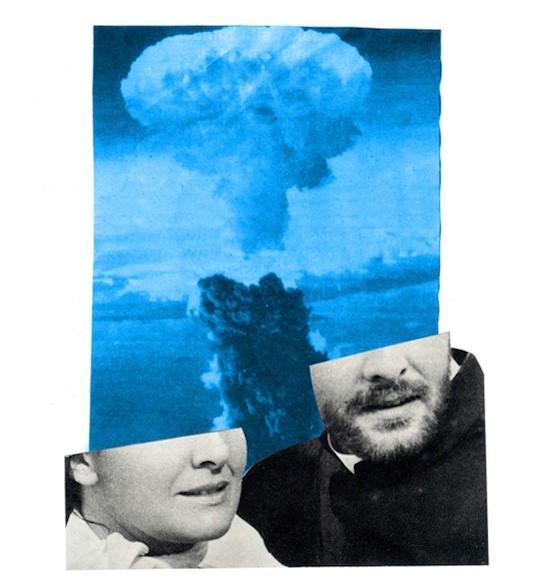 Having parents or family whose beliefs fall on the complete opposite end of the political spectrum from yours can be difficult, especially during an election year. I’ve been lucky enough to have a mother and father who agree with me on most issues, but I’ve still had to deal with relatives who have opinions that couldn’t be farther from my own, and being forced to listen to a lecture on why a preferred political party’s agenda is “ruining” this country is never fun. But the truth is, differences like these may never be resolved to your satisfaction, so I’ve compiled a few tips to get you through those times when you just feel like exploding with rage.

When someone says something that I disagree with, my first reaction is to fight. But really listening to your parents is just as important as arguing your opinions, because understanding why your parents believe what they believe is part of having a dialogue/debate/argument. There are all sorts of factors that inform a person’s politics, like their age, background, financial situation, religion. You may respect where your parents are coming from, or you may still vehemently disagree with them, but at least you’ll be able to see their perspective. “I understand that my mom’s discomfort with gay marriage stems from both her traditional Chinese upbringing and her conservative leanings,” says Rookie’s Arabelle. “We come from very different places in life. I am not surprised by our differences.” Also, you can better clarify and defend your argument/position when you understand the other side, which is a tactical advantage! “If you’re gonna call your parents out on something problematic they say, do it with a lot of facts that they can’t shoot down,” adds Arabelle. “Come correct or don’t come at all.”

Don’t be baited into an argument.

Sometimes loved ones will try and needle you about your beliefs, whether they’re sending you a politically charged email, turning on a television show that espouses ideas you don’t agree with, or making off-handed remarks on a sensitive topic just to get a rise out of you. Rookie editor Anaheed says that when her father sends her emails of a political nature, she “deletes them without reading them, because I feel like if I respond angrily, I have lost some measure of dignity.” It is extremely tempting to fight with your family if you feel like they’re goading you into it, but by responding, you’re giving them exactly what they want: an argument. Try to take some satisfaction in knowing that you’re depriving them of satisfaction!

We’ve all no doubt been there: screaming, crying, YELLING in order to get our opinions heard. This is hard to avoid, because you CARE, and so the impulse is to yell LOUDER. But if you really want to sound convincing, it’s better to be focused and polite. “In my experience, it’s the person who lets their emotions get the better of them that ends up losing the argument,” says Rookie’s Dylan. “When I disagree with my dad, I try my best to transfer the passion I have about issues into compassion, because compassionate communication speaks to the soul and preserves civility, so no one gets red in the face and starts name-calling.” If you insist on discussing the facts that support your argument instead of accusing your family of being idiots, you maintain the high road. “You don’t want to come off as a raving lunatic,” says Jackson, a 17-year-old from Nevada. “You don’t want to look like another teenager who is trying to ‘rebel’ against some ‘machine.” Even if you don’t win the argument, or you come to the conclusion that it’s a lost cause, you will at least walk away knowing that tried your best by remaining mature.

But if you do spiral into an upset against your parents, it’s OK. “I HATE to be told ‘calm down’ or ‘don’t take it too seriously’ about things I care about,” says Arabelle. “It’s important to realize that your feelings—anger, disappointment, and otherwise—are totally warranted, and you shouldn’t let people make you feel bad about them, because politics matter. But you also have to understand that you can’t force anyone to see things your way through sheer emotion, so screaming your head off may feel good, but it’s not the most productive way of doing things.”

“When keeping your responses bottled up is stressing you out, it helps to have like-minded siblings to vent to/with,” says Anaheed. I would extend this advice not just to siblings, but friends and other family members in general. If you live in a house where your whole family is at odds with you on these issues, it’s not healthy to constantly repress your feelings. Seek out people who share your views on social and political subjects, and let off steam by talking it out. Read magazines or watch programs that enhance your political viewpoint. If the fact that your mom watches Fox News bums you out, check out MSNBC to keep you sane.

Realize that you may never be able to change their opinions, and decide what issues really matter to you.

When you have strength in your convictions, someone who stands in direct opposition to them will seem so completely confusing and infuriating, especially if that person is your mom or dad. Even though you might think opinions that differ from yours are outrageous and just plain wrong, your family is allowed to have those opinions, just like you’re allowed to have yours. Whether it’s because your parents are ultimately unwilling to change, or because they’re getting their facts from completely different sources than you are, you have to accept that you might not be able to change their minds, so decide which arguments are worth fighting. “I ask myself, is trying to get my dad to understand the urgency and importance of this issue worth damaging the peace between us?” says Dylan.

Sometimes restraint will be impossible. “I feel so strongly about my political beliefs that I can’t not argue with people that disagree,” says Jackson. “I have gotten my parents to agree with me on things that we previously disagreed on.” Maybe your parents don’t know how much an issue means to you unless you really let your opinions be known. “I will fight with my mom forever about gay marriage, because obviously my queerness is not going to change,” says Arabelle. “I’m not going to let her put me back in the closet because it’d be easier for her. It’s my life, and if she wants to be part of it, she’s going to have to admit to herself that I’m gay and that politics directly impact how I am legally allowed to live my life.”

Find the things that you have in common.

When you’re at odds with your family on certain political issues, things can get pretty testy, especially if you’re living in the same house. Unless you’re estranged from them, while they’re alive your parents are probably going to be a part of your life, and you probably don’t want to be fighting with them all the time. Jenny says her parents are pretty respectful of her views, but adds: “My political beliefs don’t come up very often, because mostly we talk about food and gossip about Chinese people we know, and I’ve come to be happy with that sort of relationship. This isn’t to say I wouldn’t love to engage in other types of conversations, but I still haven’t found the right way to do it yet.” Try to focus the conversation on the things that you have in common, whether it’s your shared love of Law & Order: SVU or your favorite restaurant. Sometimes it might seem like you’ll NEVER EVER EVER get along, but at the end of the day, you’re a human, and your parents are humans, and you can find something to smile about together. (Aw, I totally just wrote an Olive Garden commercial, right?)

Not everyone is going to be able to live peacefully with their parents when politics get in the way, and that’s unfortunate. But whether you refuse to give up trying to change their mind, or decide to ignore the subject entirely, it’s your choice, and you’ll figure it out. Good luck! ♦