What I learned when I learned to play an instrument. 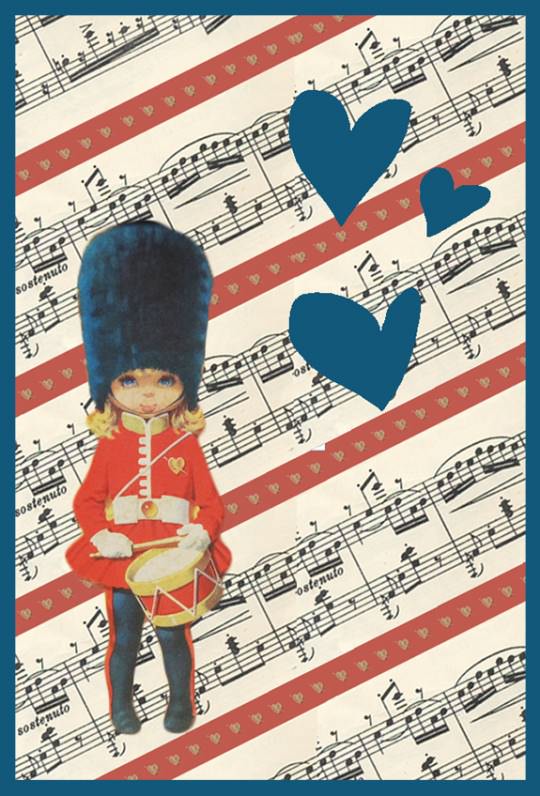 About a year ago, my friend Shelby and I visited my birthplace, Columbia, SC, to participate in a feminist panel. While we enjoyed lots of adventures during our trip, I’ll most cherish the moment we met the Marching 100 Band, from the Florida Agricultural and Mechanical University, in our hotel lobby the day before they flawlessly rocked out at halftime at a football game at at a game at South Carolina State University with a diverse repertoire including “Flight of the Bumble Bee” and “Rolling in the Deep.”

When I was a kid, my parents taught at that same historically black university. In the American South, people take football seriously. Students, fans, and alumni flock to games with an almost religious devotion. I always rooted for my home team, but the grandeur of this band from the competing team, this 104-year-old musical tradition, floored me. I couldn’t help celebrating them, because their talent was true to their motto: “Often imitated, never duplicated.”

For me, meeting the FAMU musicians was what most people would feel if they met their favorite rock stars. I had the same reaction that I’d have if I met Bieber, or my celeb crush Idris Elba.

My infatuation with the Marching 100 was born when I was eight years old. Unlike the rest of my family, I was not a fervent football fan. I often squirmed in my stadium seat, read The Baby-sitters Club during games, and gorged myself on popcorn and peanuts while everyone else focused on kick-offs and touchdowns. When I saw my first Marching 100 show, I realized that the half-time show was my consolation prize for sitting through the actual sports.

The Marching 100 showed me that music has the power to unite people who might otherwise be divided. I wanted that power. I wanted to be able to captivate crowds and bring people together. The band’s ability to mesmerize fans of both teams with bold costumes, creative arrangements, and seemingly effortless swagger got me to attend games even though I didn’t care who won. I was impressed by their ability to hold the attention of hordes of sports fans because their music was so resonant, so powerful, so deliciously danceable.

As a teenager, I often felt self-conscious for not being sporty in a family that celebrated athleticism. I was born with a visual impairment that impacted my coordination and depth perception, so I was wary of contact sports. I avoided all sports-related activities except for gymnastics and swimming, the only athletic areas where I shined. I concentrated on finding other activities where I could express my creativity and demonstrate my dedication. I fell in love with this band because they were recognized for their unifying artistic talent rather than for any competitive sportiness.

The Marching 100 inspired me to learn to play an instrument. I wanted to create infectious harmonies and thundering beats, too, with a community of folks invested in their personal craft.

Sadly, none of my schools had a marching band for me to join. But I did end up playing a lot of instruments, and watched movies about marching bands on the side.

Contrary to pop-cultural lore, being in your school band does not have to be dorky or weird. At least it wasn’t at my Saudi Arabian junior high, where everyone was actually required to take at least one music course. As a bonus, since it was an international school, our band was able to compete in music competitions in places like the Netherlands and Dubai.

From sixth grade through high school, I studied trombone, much to the dismay of my parents, who asked me to choose a quieter and more “peaceful” instrument, like flute or viola. I ignored their pleas and stuck with my horn; I hadn’t seen many girls playing big brass instruments, and I wanted to make a statement. I wanted to be heard.

In a way it felt like the trombone chose me. It was the most awkward instrument ever, with its long, slippery slide, robust sound, and occasionally leaky spit valve. Still, it seemed very fitting for a quirky tween coming to terms with the sound and the force of my own voice. Besides, I found it kind of amusing to be playing in a musical section affectionately called “the boners” by our band mates.

For several years, I clocked long hours practicing reading and playing all of the marches, ballads, blues, and pop film scores we learned in school. Unlike my other academic courses, the technical side of music didn’t come easily for me, and I struggled to play an instrument that presented real physical challenges for asthmatic me. But I think this is one of the many reasons I loved band—it was something I was less than perfect at, but enjoyed doing anyway. Those things are important, especially if you happen to have a perfectionist streak.

Participating in band also gave me time and space to practice and improve, without the consequence of total failure if I didn’t get good enough fast enough (unlike Algebra 2 in my particular case). When I showed up for music class, performed in recitals, and practiced drills, I always felt content just making a sound and enjoying the pure bliss of creating music with other people.

A couple of days ago, when I was having a super stressful day, my childhood sweetheart reminded me that he always knew me to be a woman who liked a good challenge. He said, “I’ve known you since you were four years old, and I’ve never seen a mountain too tall for you to climb.” Even though we were chatting about our career goals and personal aspirations, his comment brought me back to my experiences learning to play music.

Before I heard about all of the studies that say kids who study music are better at learning languages, working in teams, problem-solving, SATs, and, in many cases, math, I think I innately knew that joining my school orchestra would teach me more than how to read notes or position my trombone slide.

The most important things being in band taught me were how to stare fear in the face while playing a solo, and the amazing feeling of working with a group of people to create something beautiful. Band taught me how to be fully present and, most of all, to embrace the vulnerability of playing in public without being scared of the sound of my own voice. ♦