A new weekly feature in which we share our favorite internet odds and ends!

Happy first weekend day on Rookie EVER! Every Saturday from now on, we present to you a list of stuff we saw online that week that we enjoyed and wanted to share. Basically, our hidden agenda is to make sure children never go outside. Did you come across anything good this week? What’d we miss? Tell me more, tell me more, like does it have a car?

The final episode of The Nick and Nora Variety Hour! just came out. TRULY EPIC. It is made here in Chicago.

Sady
Ann Friedman is the nation’s top gif-reactor. Here, she recaps the first presidential debate, using only the most effective images of Rihanna and Will Ferrell.

Pixie
My favorite internet thing this week is the Tumblr SadYouTube. It’s a compilation of wistful comments that people have left on various YouTube videos, and reading through them is like getting to peek into someone’s memories for a second. The creator of the site clarified that it’s not a blog meant to make fun of commenters for posting these things, but rather a glimpse into “these amazing nuggets of humanity—heartbreaking moments from people’s lives recalled by an old favourite song, stories of love and loss, perfectly crystallized moments of nostalgia and saudade, all of which would be lost forever if it weren’t for YouTube’s easy, mostly anonymous commenting system,” which makes the entire thing even better, because you know it’s coming from a kindhearted place rather than a “Haha, look at the stupid people having FEELINGS!!” place. The stories cover everything from lost loves to hazy childhood flashbacks and are lovely in their own weird Internet way. The post for The Skyliners’ song “Since I Don’t Have You,” reads: “My true love was 15 years old and was killed in a plane crash and I have never loved someone so much in all my life RIP JoAnne I am now 72.” If that doesn’t break your heart and make you wonder about all of the stories people have never told anyone but anonymous internet strangers at 3 AM while staring sadly at a YouTube clip, I’m not sure anything can.

I also loved “The Killer Crush: The Horror of Teenage Girls, From Columbiners to Beliebers,” an insightful, fascinating piece by Rachel Monroe on The Awl. It’s about how teenage girls can find a sense of release through crushes, even those that would be considered offensive or creepy by most. In particular, the author discusses the “Columbiner” subculture, and how those who participate in it find lightness while bonding over a dark subject. It is a reminder that connecting with people over even the most bewildering (and, to many people, horrifying) obsessions can provide a sense of community and a relief from “the feels.”

Emma
I have a lot of thoughts about Beyoncé and Toni Braxton and Adele and Kelly Clarkson, and heretofore always thought I was alone. Not so! Jay Caspian Kang is on the Diva Watch for Grantland.

Speaking of divas and Beyoncé, here is her younger sister Solange’s new music video! I want all these clothes. 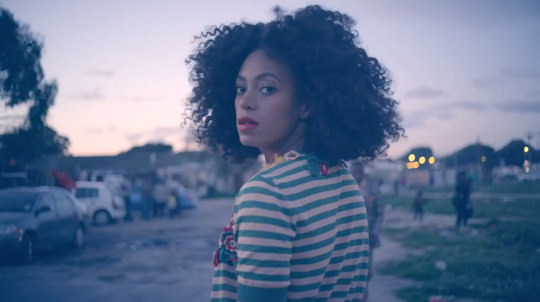 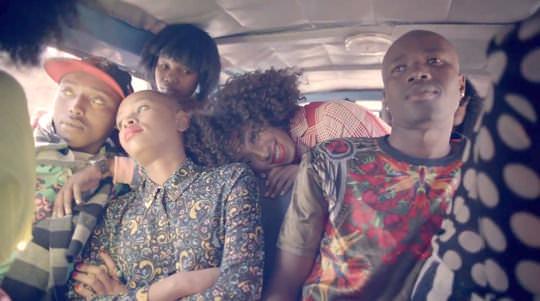 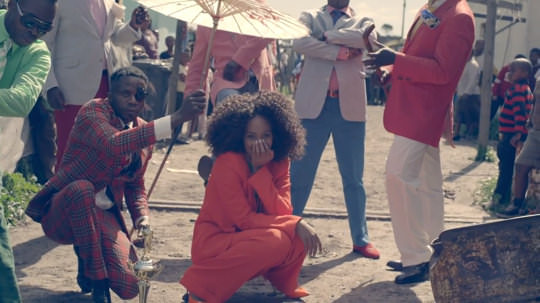 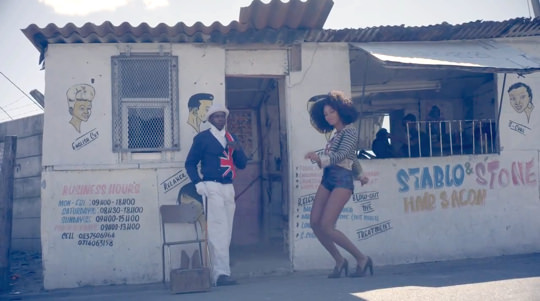 [When I was trying to get a good screenshot of “Losing You” for this post’s featured image, I guess I just COULDN’T HANDLE THE BEAUTY and decided these all needed to be paused and posted in a row and recognized for impeccable styling and Solange charm and UGH, YOU GUYS, HER FACE AND THAT SUNSET. —Tavi]

Naomi
Suzanne Moore’s column this week touched on not only Jimmy Savile—a well-known figure in Britain recently accused of sexual abuse after his death—but also other crimes in which teenage girls are not taken seriously enough, summed up in this quote: “We don’t believe what teenage girls say, while at the same time bemoaning their ‘sexualisation,’ which mostly comes down to wearing what is fashionable or actually school uniform.”

30 Rock is back! And I want to make an embroidered pillow of every line in this episode. And a DVD box set of God Cop.

Rose
When photographer Brenda Ann Kenneally moved to Bushwick in 1996, she met Andy, an eight-year-old “wild child” who had a big presence in the neighborhood. They grew close, and Kenneally documented the hardships Andy faced as he grew from the playful boy who fed the neighborhood strays to a teenager who sold drugs to buy food for his family. The resulting photographs, posted on the New York Times Lens blog this week, are tender, gritty, upsetting, and beautiful.

Dylan
Sometimes I sneak onto the internet when I’m at work at my front-desk-type job, and nobody notices. That wasn’t the case when I saw this post on Jezebel. I had to hold back my tears, and it was awkward. Wisconsin local news anchor Jennifer Livingston received a scathingly passive-aggressive note from an infrequent viewer about her weight—he described it as her PHYSICAL CONDITION, and said it was a menace to society or whatever. Her composed response gave me shivers, cutting to the heart of an attack disguised as “community concern” and getting to the real issue, which is the prevalence of bullying culture. Could she have handled this better? I think that would be impossible. For this, Jennifer Livingston lives forever on a pedestal in my heart.

Anaheed
I’ve been listening to a lot of Tig Notaro this week (I recommended her album Good One just two days ago) and then yesterday I got an email from Louis CK (I wish I could say it was PERSONALLY TO ME but it was a thing he sent out to his mailing list of fans), announcing that he put a new set of hers on his site for $5. I downloaded it immediately.

Tig has always been one of my favorite comedians, but she’s never talked much about her personal life onstage. Then in the past year a string of horrible things happened to her that would be comical if they weren’t happening to a real person. She was hospitalized with pneumonia; in the hospital she contracted a bacterial infection (from taking antibiotics, ironically) that almost killed her. Two days after she got out of the hospital her mother fell down and hit her head and died. Then, Tig’s girlfriend dumped her. Not bad enough? Guess what? Right after that, grieving and heartbroken, she found out she had cancer in both of her breasts.

The day of her cancer diagnosis, she had a show scheduled at Largo in L.A. She went onstage and, for the first time in her career, talked about herself in a really personal and raw and intimate way. I know I said that none of this stuff is funny, but Tig makes you laugh so much when she talks about it. From Louis CK’s email:

“I stood in the wings behind a leg of curtain, about eight feet from her, and watched her tell a stunned audience, ‘Hi. I have cancer. Just found out today. I’m going to die soon.’ What followed was one of the greatest standup performances I ever saw… [It] was an amazing example of what comedy can be. A way to visit your worst fears and laugh at them.”

(Since that recording Tig has had a double mastectomy and she’s doing fine, so don’t worry about her! Just buy her show. I mean if you want to.) ♦